Things are about to get even weirder on Riverdale… if that is even possible. One of the most eyebrow-raising episode titles of Season 3 is definitely "Bizarrodale," which sounds like some sort of world-bending alternate reality take on the show. Well, now the CW has released an episode summary and some stills from the upcoming episode to give fans a better idea of what’s to come. Check out these photos from Riverdale‘s "Bizarrodale" episode, which will air next week.

Although the name "Bizarrodale" definitely gives off a superhero, alternate-universe vibe (Riverdale is based on comic books, after all), do not expect the episode to actually mess with parallel dimensions or any sci-fi elements like that. Showrunner Robert Aguirre-Sacasa revealed in December that the "bizarro" element of the episode is actually just a reference to a shift in focus away from the show’s four main characters:

Instead of centering on the show’s "Core Four" of Archie, Betty, Jughead, and Veronica, the "Bizarrodale" episode will be all about the secondary characters for once, namely Kevin Keller, Cheryl Blossom, Reggie Mantle, and Josie McCoy. The newly released episode synopsis gives a bit of insight into what these four characters will be dealing with in their big episode:

So, it looks like Kevin’s storyline will be a make it or break it moment in his relationship with Moose, and Reggie’s story will be covering up some sort of mess that he and his new girlfriend Veronica made. Meanwhile, Cheryl will be giving us the rare reminder that these kids are about to graduate high school with some sort of college storyline, and it seems like Josie will be dealing with the fact that her mom is preparing to marry Kevin’s dad.

Interestingly enough, Kevin is the only member of the new Core Four to appear in the first-look photos from "Bizarrodale." the new stills show Kevin having an emotional moment with Moose. 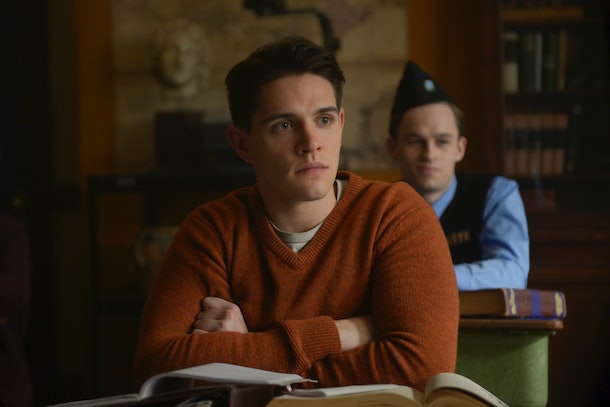 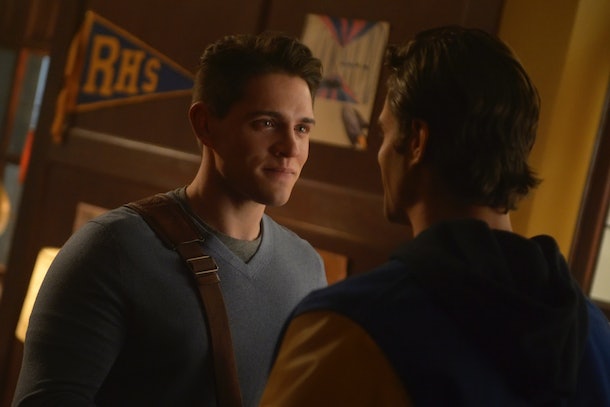 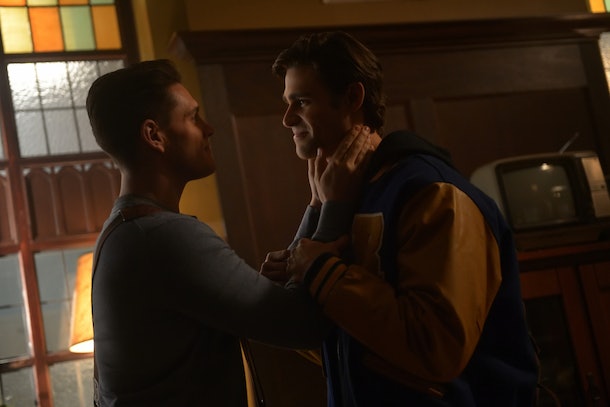 The rest of the new "Bizarrodale" stills show a reunion of the Midnight Club, which the synopsis also reveals to be a major element of the episode. The photos show the Riverdale parents coming together once again in the classroom where they first played the mysterious and dangerous game of Gryphons and Gargoyles. Oh, and it also looks like Hiram Lodge has made a full recovery from being shot in the chest. 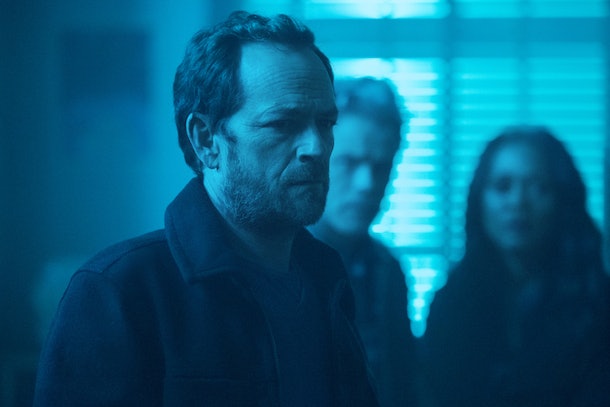 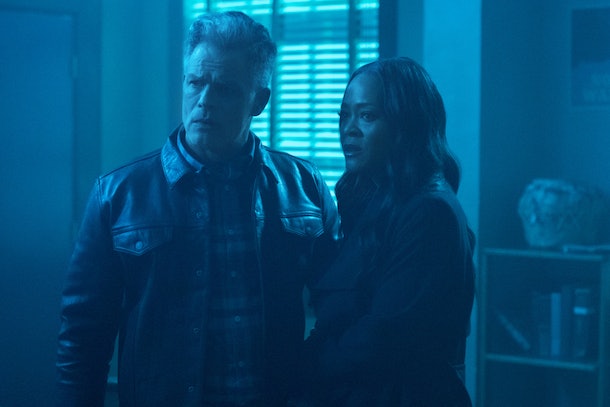 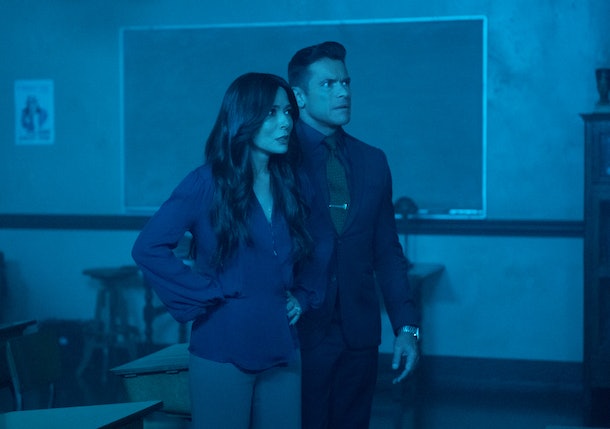 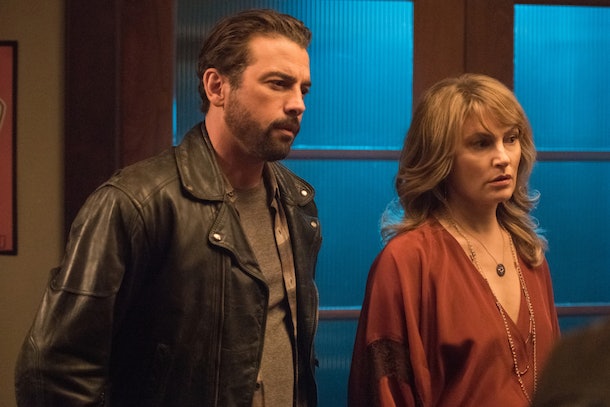 The "Bizarrodale" episode of Riverdale will air on Wednesday, Feb. 6 at 8 p.m. ET on the CW.