FANS of the Fab ice lolly are in for a treat because you can now get a raspberry doughnut flavoured version.

The frozen snack is even made with a raspberry jam centre that actually oozes when you bite into it. 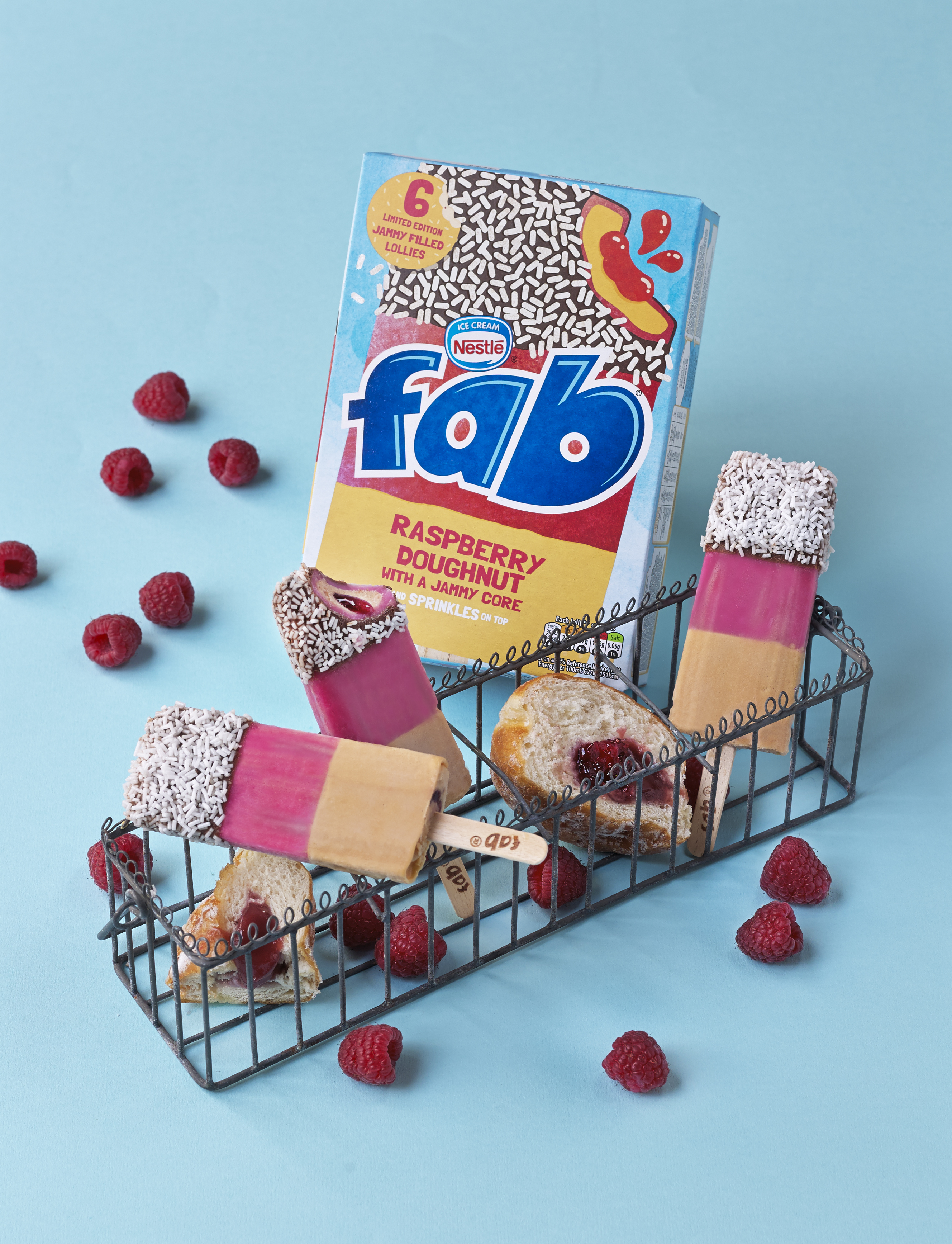 The new Fab is still made in three segments but instead of the normal strawberry and vanilla base, it's made with a doughnut and raspberry flavoured base instead.

Of course, the top third of the ice pop is topped with the traditional chocolate and sprinkles.

Plus, the lollies only contain 88 calories which is 164 calories less than a jam doughnut which means you can enjoy the taste without the calories.

The lolly has been launched to celebrate 50 years since the Fab lolly first went on sale.

Here's how to cut the cost of your grocery shop

SAVING on your shop can make a big difference to your wallet. Here are some tips from Hannah Maundrell, editor of Money.co.uk, about how you can cut the cost of your shopping bills:

They cost £2.20 for a box of six which is the same prices as a box of normal Nestle Fabs.

You can already buy them from Asda, Sainsbury's, Morrisons, Waitrose, Iceland and Ocado – but you'll need to be quick because they're limited edition which means they won't be around for as long as the originals.

If you're not fussed about the new flavour and it's a cheap Fab that you're after, Asda stocks it's own brand version – Strawberry Sprinkle Lollies – for £1.

But before you ditch the big brands, it's worth reading our review of supermarket ice creams versus Cornetto and Magnums to find out if they really are as good (someone had to do it…).

Last summer, one bar in Glasgow served up Fab lolly cocktails for £4 – although we've put together a guide to making your own at home.

Fancy trying something new? Three new Kinder Bueno ice creams have finally launched in the UK and they look incredible.