This Is Us ended January with a bang this week with "Songbird Road: Part 1." Not only did the Pearson kids get together and take it on the road to learn what happened to their Uncle Nicky, but fans finally got answers to what had been haunting Jack for all those decades. But how the fallout plays out from this information will have to wait, as the This Is Us Season 3 Episode 12 promo declares the next episode won’t be airing until Feb. 5.

Why is there no episode next week? Well, out here in the real, non-This Is Us world, Tuesday, Jan. 29 is the scheduled date for the State of the Union. Now, as those who follow politics already know, the ongoing government shutdown, if it is still happening, has made the usual pomp and circumstance of the SOTU most likely out, both for security reasons and the optics.

But the president is most likely still making a speech, even if the shutdown hasn’t ended, just not in front of Congress. So broadcast channels like NBC are holding their usual 9 and 10 p.m. ET programming until the week after. That means while Ellen’s Game of Games will still air at 8 p.m. ET, both This is Us and New Amsterdam will be off until February.

With this in mind, here is the trailer for "Songbird Road: Part 2."

The synopsis for the next episode is as follows:

I know, so unhelpful. At least the trailer gives some clues as to what happens next. From the looks of it, the Pearsons drive Nicky back down to Pittsburgh. Last week was the kids facing down Nicky and the pain he brought their father. Next week, it will be Rebecca’s turn to face the secret Jack kept even from her.

Either way, Nicky definitely has some catching up to do. Until now, Rebecca and the kids were merely faces he saw in a photograph. It’s clear he hasn’t been trying to track them since Jack’s final visit. (He didn’t even know Jack has been dead for two decades until this week.) Based on how last night’s episode ended with Kevin being the one to turn back, it seems most likely Nicky will do that by bonding with the oldest Pearson sibling, who appears to have taken on the idea of rehabilitating Nicky in place of being able to save his father. 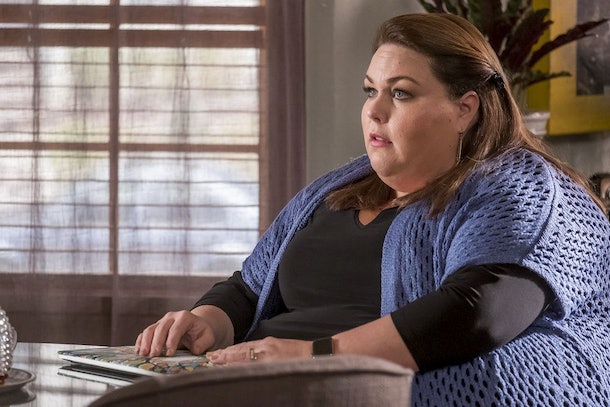 Also, next week will have flashbacks to Jack and his kids with new scenes. (I assume this is what they mean by "long lost memories.") And Kate and Randall will have a bonding moment over the pending arrival of her first kid. I think everyone will agree Kate doesn’t have to worry about remaking the same mistakes her father did. She and Toby can look forward to making all new mistakes with their little Pearson-to-be.