Deck the halls with skulls and blood, because Chilling Adventures of Sabrina is taking on Christmas! The Netflix series is releasing an hour-long holiday special that’s going to be quite different from most traditional holiday specials. This is Sabrina, after all, so even Santa Claus takes on a decidedly darker persona than the one kids want to see in their living rooms. And according to the cast, the standalone episode is more full of tricks than treats, with baby stealing, "witchery shenanigans," and heartbreak on the docket.

When Bustle visited the set of Chilling Adventures of Sabrina, the stars were deep into filming Season 2 of the popular Netflix show, but they couldn’t wait to discuss all the demonic holiday drama coming in the holiday special.

"It’s a really emotional episode and it’s beautiful for the holidays," says Kiernan Shipka, who plays the titular teen witch. "Obviously, the show wouldn’t be our show without some excitement and some demons… literally," she adds. "It’s action-packed and it’s fun, but at the same time, there’s a lot of heart and there’s a lot of soul to it. A lot of the relationships develop in it really beautifully."

While the mortal world gears up for Christmas, the Spellman household prepares for the Yuletide. "It really fuses the witch world and the mortal world in a really lovely way," Shipka says of the special. "It doesn’t get too crazy on plot or this or that. It really just kind of focuses in on the characters and it takes its time. It’s super perfect for the holidays." 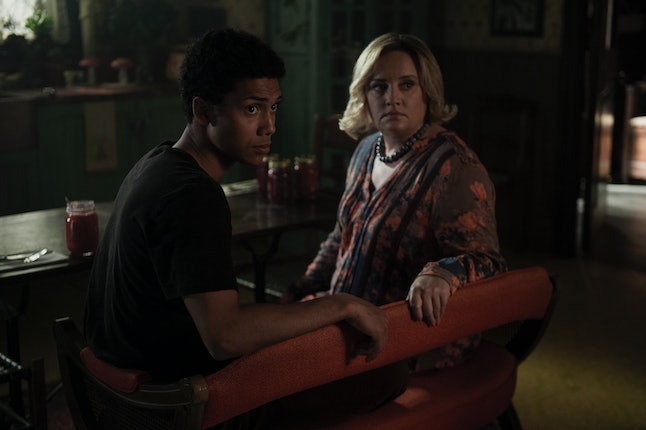 And nothing says "perfect for the holidays" like a good old-fashioned baby stealing, right? "Well, that’s very much a theme," Miranda Otto, who plays Aunt Zelda, says with a smile. "For Zelda, the story is very much about the baby, and having a baby in the house, and her attachment to the baby."

Without spoiling what goes down in the hour, the baby that Zelda stole from Father Blackwood plays a big role in what happens to the Spellmans.

"I’m not going to tell you what happens exactly, but there’s a certain witch that comes to town," Otto teases. "You see, because although people think that the holiday season is like, a fun time and all that, for witches it is kind of a perilous time because it’s a time when they need extra protection. They have to keep the yule log burning to protect themselves from spirits that could come into the house, and Zelda is particularly worried because of the baby in the house, and indeed someone does come to try to steal the baby, but Zelda finds herself very attached to baby Leticia."

"It’s about not letting the Christmas imps in," Lucy Davis, who plays Aunt Hilda, adds with a smile. 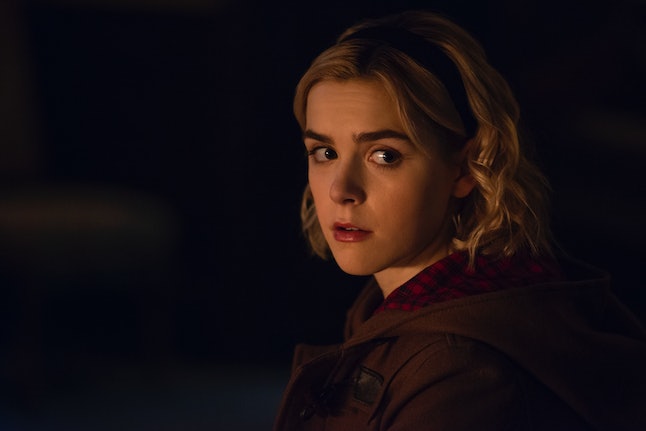 And that’s when things start to get crazy, as per usual with the Spellman clan. But for once, Ambrose is trying to stay out of the craziness. According to Chance Perdomo, his character plays the role of "a conscientious objector" in the episode.

"There’s a lot of crazy stuff that happens during the first 10 episodes, so by the time it comes to the 11th episode — this Christmas special — I’m just trying to have a nice, relaxed holiday season," Perdomo says. "And of course that doesn’t happen. [He thinks,] ‘You know what? I’m going to go enjoy myself. You guys — if you need me, you know where I’ll be,’ kind of like objecting to the shenanigans and witchery that goes on."

But there’s also quite a bit of heartbreak in the hour, as not much time has passed since the end of Season 1, which ended with Harvey (Ross Lynch) breaking up with Sabrina after learning the truth about her witch heritage and everything that happened with his brother. And trust, the holiday special does not shy away from the awkward tension between the former lovers. 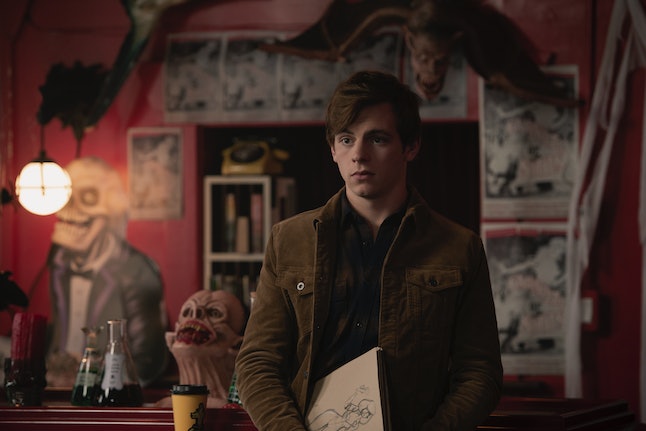 "Where we left off was Harvey and Sabrina’s kiss goodbye, so we pick up where that leaves off in their relationship," Lynch says of the holiday special. "There’s not a lot for me in this particular episode, because of those circumstances, but the episode itself is very, very just twisted Christmas, and it’s awesome. Harvey and Sabrina’s relationship just is not the same, so they’re not spending as much time together."

Is there hope for these two moving forward? Sabrina certainly thinks so, and tries her best to get back to a good place with Harvey in the holiday special with a very specific strategy.

"To a certain extent, there’s that love that’s always going to be there," Shipka says. "I do think that she is torn up. I do think that she is a little broken. But I think that Sabrina’s a fixer. She likes to fix things. She doesn’t want the relationship to be awkward. I don’t think we’re going to see them as enemies, but I think we’re going to see a very different Harvey and Sabrina in the second season, just because both of them have grown so much and lost people and gained things."

But could a little holiday magic be the key to bringing Sabrina and Harvey back together? Head to Netflix to find out.