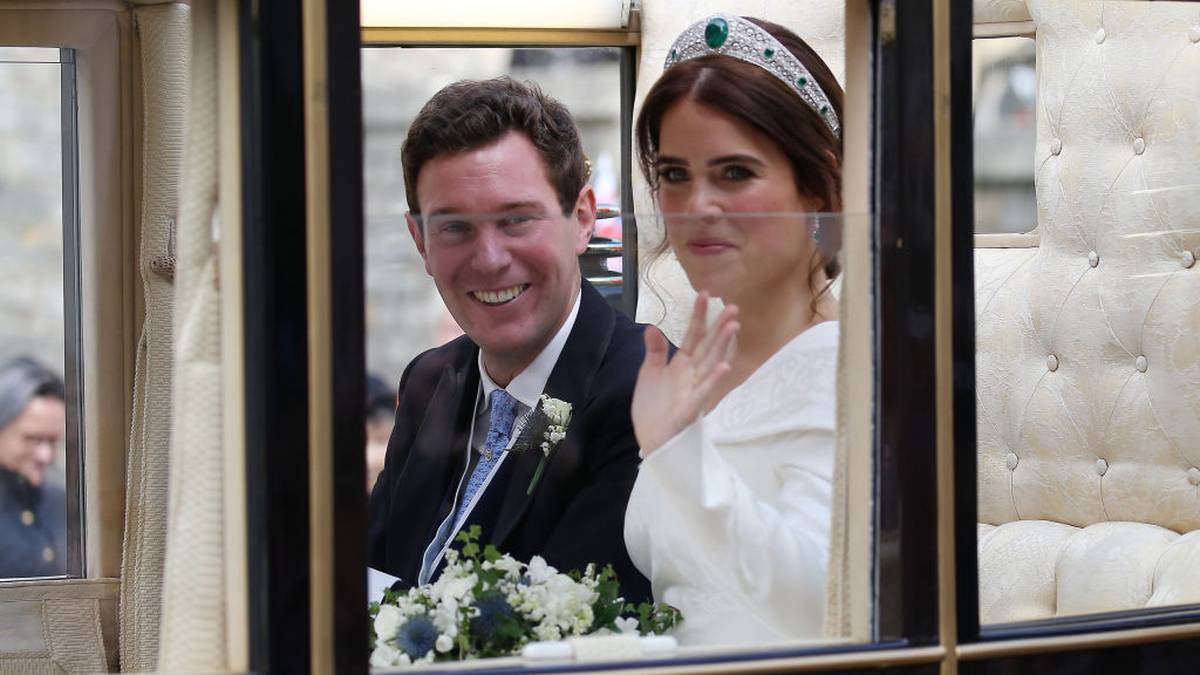 The royal family has welcomed its newest addition, after Princess Eugenie gave birth to a healthy baby boy.

The Queen announced the news, saying the family were “delighted”.

“Her Royal Highness Princess Eugenie was safely delivered of a son today, 9th February 2021, at 0855hrs at The Portland Hospital,” the statement read.

Eugenie’s husband Jack Brooksbank was at the birth and mother and baby are doing well.

Princeess Eugenie and Jack Brooksbank were married in 2018, seven years after Prince Andrew’s daughter and the successful wine merchant began their relationship.

Brooksbank was offered a title by the Queen before their marriage, but declined.

His decision means their son will not automatically receive a title.

“Even if the Queen offered them a title [for their baby] as a gift, it’s not Eugenie or Jack’s desire for their child to have a title,” a family friend told Vanity Fair.

“Eugenie knows that a title can be a curse as well as a blessing and she and Jack want their child to live an ordinary life and eventually work to earn a living. Titles really don’t matter to Jack and Eugenie, they just want a happy, healthy child.”

Prince Harry and Meghan Markle, the Duke and Duchess of Sussex, earlier decided that their son Archie would not use the title to which he would be entitled, the Earl of Dumbarton.

The move should not have been that much of a surprise, given Harry years earlier had said: “I am determined to have a relatively normal life and if I am lucky enough to have children, they can have one too”.

Of the Queen’s eight great-grandchildren only three have titles, namely William and Kate the Duke and Duchess of Cambridge’s children Prince George, Princess Charlotte and Prince Louis, putting them squarely in the minority.