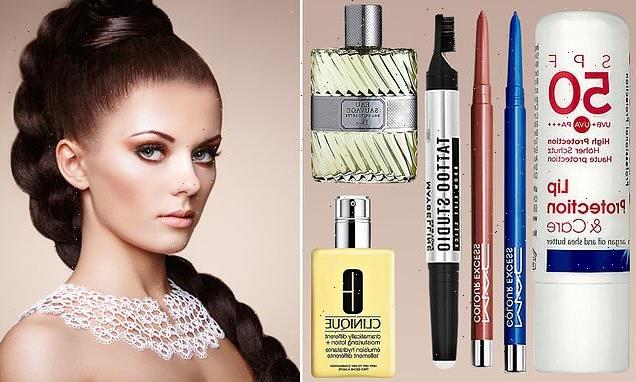 This starkly drawn back and pulled-up style is favoured by model Bella Hadid, and now a zillion social media users, as a means of looking ‘snatched’ — that is, creating a striking bone structure and ‘lifting’ the face.

Those of us who have been around the block may remember this not as the ‘Cannes facelift’ but the Croydon version.

However, as Kate, 48, and 69-year-old Isabelle prove, the look is not confined to the young. Witness 76-year-old Helen Mirren; 57-year-old Sarah Jessica Parker; Jennifer Lopez, 53 next month; and assorted members of the glossy posse on Netflix show Selling Sunset. 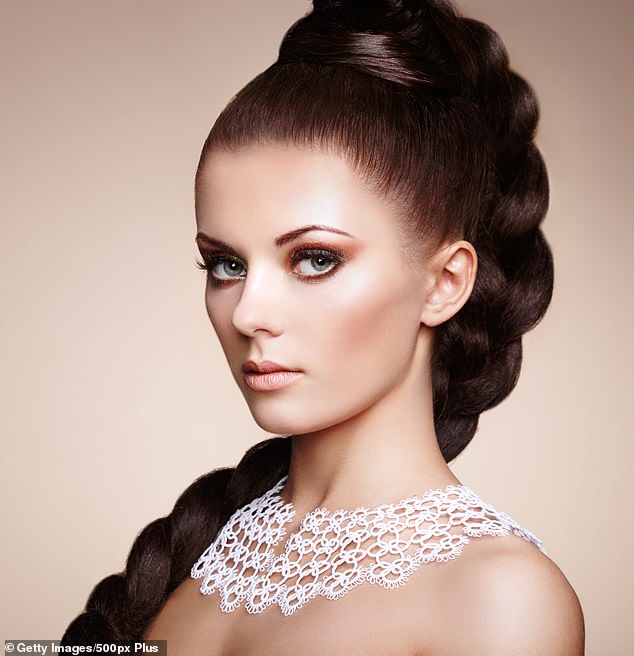 Hannah Betts spoke to hair stylist to the stars George Northwood about how he does a ponytail. He advised doing the style on dirty hair as it ‘gives guts and hold’ (stock image)

The Cannes facelift is sleek but has texture in the roots. Red-carpet genius George Northwood, who has styled mid-life beauties Rachel Weisz and Julianne Moore, tells me: ‘A ponytail works best on dirty hair — it gives guts and hold, while a bit of grease about the hairline can make things look more modern, cooler and edgier.’

‘I hold the head upside down and use my George Northwood Undone Wave Holding Spray (£15, george northwood.com) squirted and scrunched into the mid-lengths and ends,’ he adds.

‘Then, I lift the head back up and rub in some of my Undone Moisturising Cream (£15) with my palms. This makes the hair easier to scrape back into a tight, bump-free ponytail with my fingers.’

‘The trick is to tie it once with a hair band, then go in again with a second one to pull it even tighter — a second draft that makes the look more sculptural.’

Of his work with celebrities, he says: ‘When I’ve styled Gwyneth Paltrow and Laura Bailey in the past, we’ve kept their hair pulled back tightly at the sides for the lifting effect, but with looser texture teased out on top for elongating height.

‘If you’re not a ponytail person — some people’s hair is too fine so it looks insubstantial — then just wrap it round and turn it into a top knot.’

The advantages of the pulled-back pony are also its disadvantages. Without your hair to cower behind, there’s nowhere to hide. It’s no coincidence that the stars who favour this look are serious about their skincare, and tend to accompany it with a full face of slap.

The trick is less about what you use than how you use it. Complexion perfected; caverns under the eyes concealed; cheekbones accentuated; eyebrows brushed up; liner slanted upward; mascara winging the eye’s outer corners.

Whatever else you’re doing eye-wise, liquid liner will add the necessary intensity. Clinique’s High Impact Easy Liquid Liner (£20, clinique.co.uk) is a reliable, non-irritating felt tip that takes the angst out of application.

If you have ever been tempted by a light contour, now is the time — a taupe or greige line smudged up under the cheekbone, then a (very slight) brush of it along the jaw.

Given that you will be artfully defining your eyes, you may want to play down your pout with a transparent gloss.

Any grey about the hairline will be sharply in focus. If you don’t like this, obscure it with Bumble & Bumble Color Stick for dark hair (£23, bumbleandbumble.co.uk) or Josh Wood Root Marker for blondes (£12, joshwood colour.com).

Regarding pony placement, be wary of anything lurking about the nape of the neck. Low-slung ponies may scream sophistication. However, they can drag down the face, jawline, and (gulp) jowls.

The goal should be mid-head and level with the eyes. Or go still higher, adjacent to the temples, if your hair is long and lustrous enough. Devious coiffeurs endeavour to place the pulled-back pony in a diagonal line with the top of their client’s cat-eye kohl for even greater elevation.

Don’t become addicted to the lift or you’ll risk traction alopecia (yes, that means your hair may well start falling out).

However, for the occasional foray into the highest of high glam, the pulled-back pony will be just the ticket.

RACE YOU TO IT!

MAC promises its hot new Colour Excess Gel Pencil Eyeliner will last for 24 hours or longer on the eyelid and 12 hours on the waterline. It comes in 12 great shades, too. The ‘line-lock’ technology is loved by MAC’s make-up artists, and offers gel-like precision with the simplicity of a pencil.

MY ICON OF THE WEEK 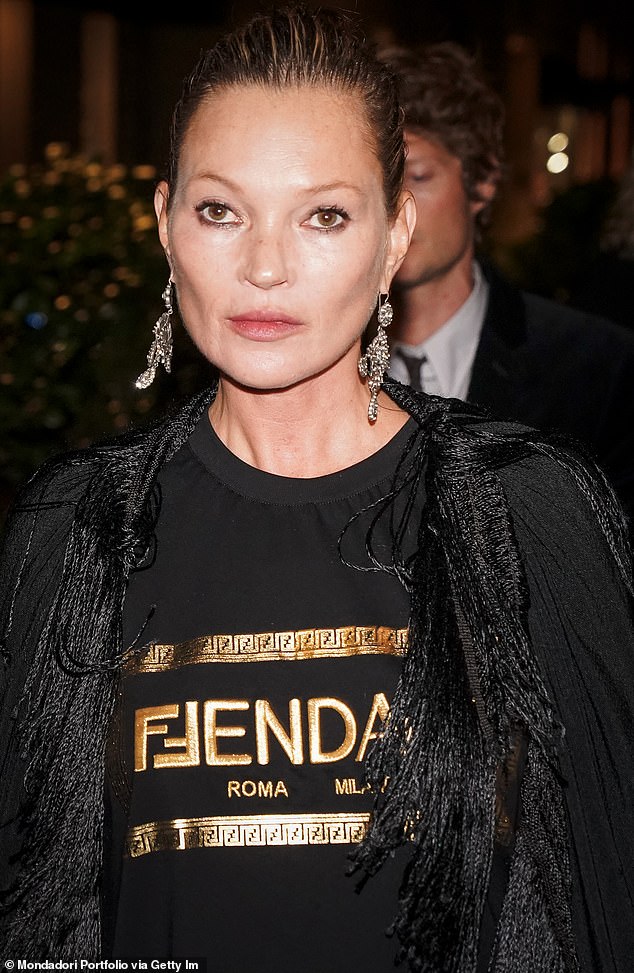 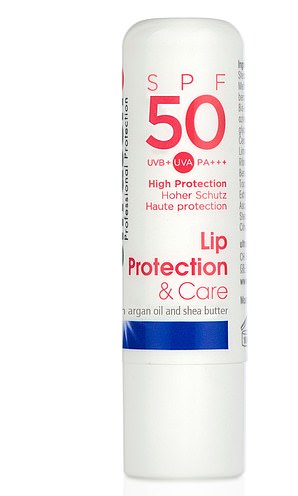 Lip balms, like everything else in beauty, have been getting terribly complicated and costly of late, promising to volumise and reshape the mouth. I’m wedded to Ultrasun Lip Protection SPF50 (£10, ultrasun.co.uk), which appears to both reshape and volumise without making any such boasts. Ultrasun was founded three decades ago by a Swiss chemist Tazio Tettamanti, who, after his brother died of skin cancer, was determined to prevent others doing the same. This is a boosted version of the brand’s best-selling factor 30 balm, perfect for the SPF obsessive, or those poor blighters who get cold sores in the sun. It makes for a fabulous lipstick base. Yet also looks extremely fetching on its own, being beautifully plumping and conditioning. 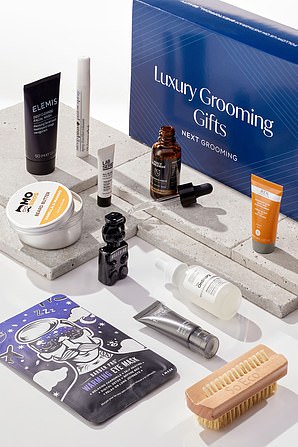 Worth more than £75, this is full of classics from top brands such as Clinique. 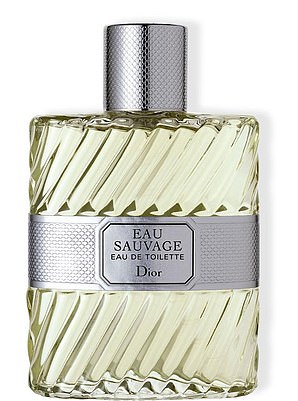 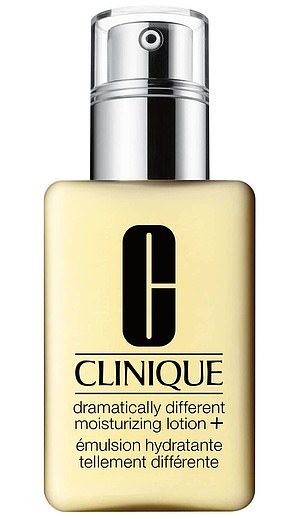 Even those who hate face creams can be convinced to embrace this effective formula. 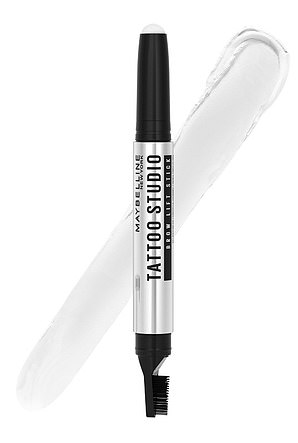 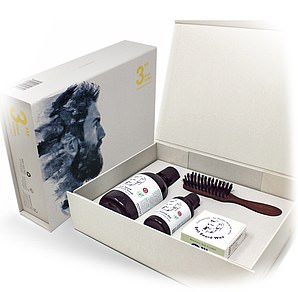 All he needs to keep his whiskers cleansed and moisturised, plus a beautiful, boar bristle beard brush.