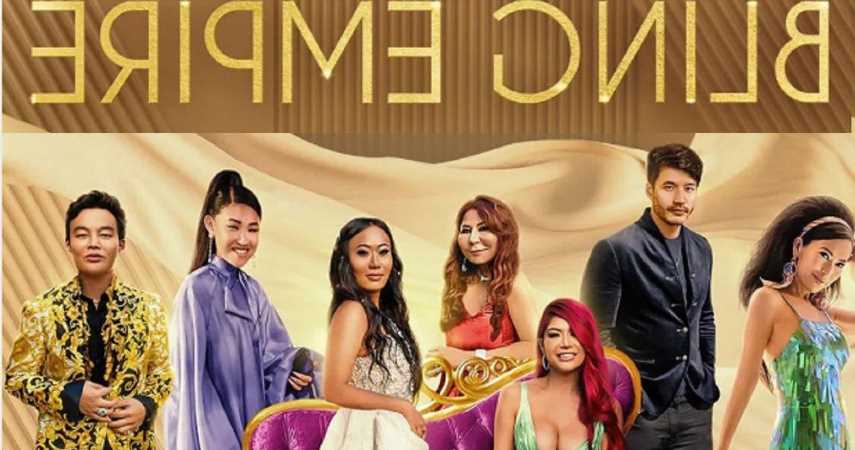 The Netflix documentary soap Bling Empire has returned for the second season following its debut sixteen months ago. The show, which follows the community of ultra-rich Asian and Asian-American entrepreneurs, has become a hit among the viewers. The first season showed everyone inside the luxurious lifestyle of the cast as well as their diasporic traditions. Season two has brought about more glamour and the emerging relationship between cast members. Take a look at cast members of the show and their net worth.

RELATED: The 8 Richest Italian Fashion Designers, As Of 2022

Kevin Kreider is model who grew up in Philadelphia. He became friends with the crew of Bling Empire after he moved to Los Angeles. He is the emotional center of Bling Empire and he’s dead set on winning over Kim Lee. He was adopted as a child from Korea and had recovered from alcoholism. He has worked as a motivational speaker and founded the supplement brand Be More Matcha. He currently has an estimated net worth of $10 million.

Kim Lee is a socialite and DJ who Kane Lim called as the Calvin Harris of Asia during season 1 of the show. She has started modeling, acting and walking in numerous major shows and has appeared in numerous music videos and films before she built her career as a DJ. She has toured with stars like Diplo and Steve Aoki. She landed a residency in 2021 with Wynn Nightlife, which was around when season 2 of Bling Empire was filming. She has become closer to Kreider when he helped her search for her biological father during the season 1 of the show. She currently has a net worth of $10 million.

Kane Lim’s family came from money since his family is in the oil and real estate business. Their family owns a shopping mall in Singapore, Thailand, and Southeast Asia. During the first season of the show, he was the guide of Kreider to the luxurious world of Bling Empire crew. He has joined the Selling Sunset‘s Oppenheim Group as a realtor and became the first Southeast Asian ambassador for the beauty brand owned by Rihanna, Fenty Beauty. He has a current net worth of $20 million.

Jamie Xie is a former competitive equestrian who grew up in San Francisco Bay Area. Her father is the billionaire Ken Xie, the CEO of Silicon Valley-based cybersecurity firm named Fortinet. His father’s company is the one that built the very first firewall and VPN in the cyber world. She has modeled regularly on fashion weeks for quite some time before joining the show. She has become famous for her unboxing videos on YouTube, where she showcases the lavish purchases she bought from her shopping sprees. She currently has an estimated net worth $50 million.

Kelly Mi Li is a Chinese born TV and film producer who is serving as an executive producer of Bling Empire. She also invested in some tech companies. She was previously married to Lin Miao, a tech founder who was eventually arrested when it came to a head that he has built the largest cyber scam in the history of America. She has since rebuilt her life after her divorce with him. Season one of Bling Empire followed her messy relationship with the actor Andrew Gray. They have broken up for a year now. She currently has a net worth of $5 million.

Christine Chiu is among the cast members and the executive producer of the show. She is the wife of Dr. Gabriel Chiu who has a massive fortune thanks to his professions as a plastic surgeon. They have an adorable toddler named Baby G. Christine is one of the queen bees of the group who has enough clout to shut down the Rodeo Drive in Beverly Hills just so she can have an extravagant Chinese New Year’s party. During the season one of the show, she has opened up about her fertility journey and the possibility of having a second child. She currently has a net worth of $80 million.

Anna Shay is the group’s grand dame, the eccentric daughter of an American defense contractor father and Russian-Japanese mother. She is an heiress and a philanthropist who has a hilarious personality. She is a loyal friend who has lived her life as a socialite while training as a licensed contractor. She is one of the richest cast members with an estimated net worth of $600 million.

Conservationist Chris Packham says he’s still scarred by the ‘horrific’ bullying he suffered as a child because he has Asperger’s...