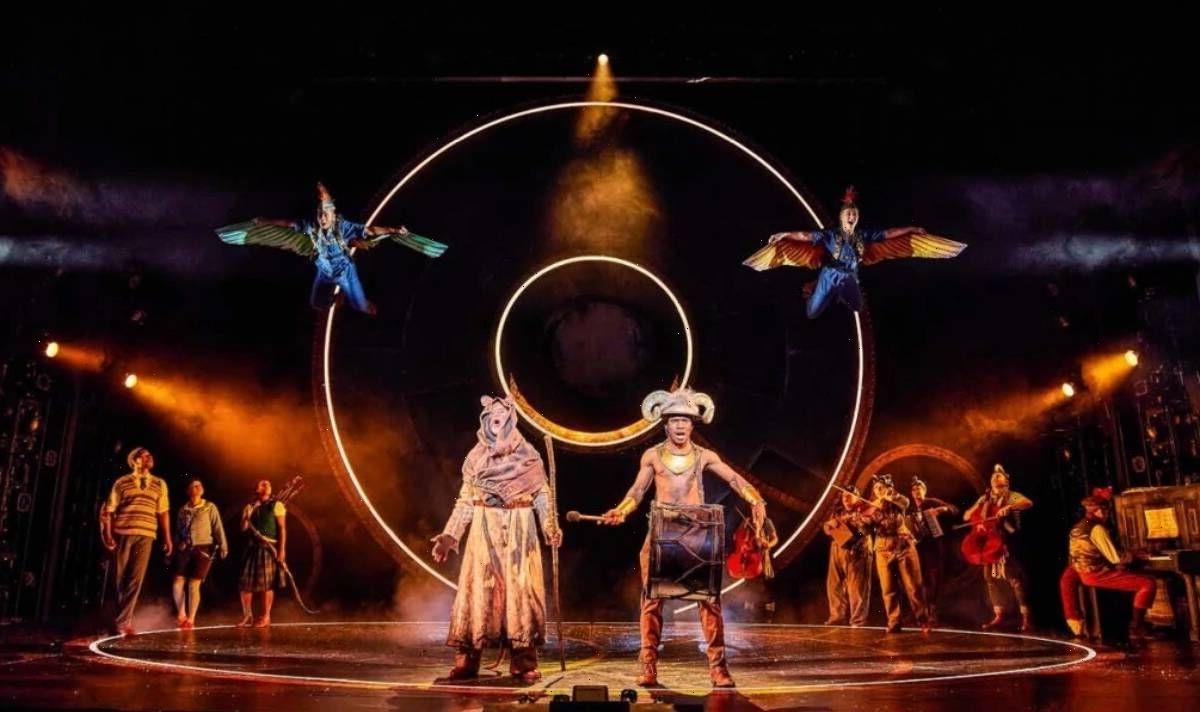 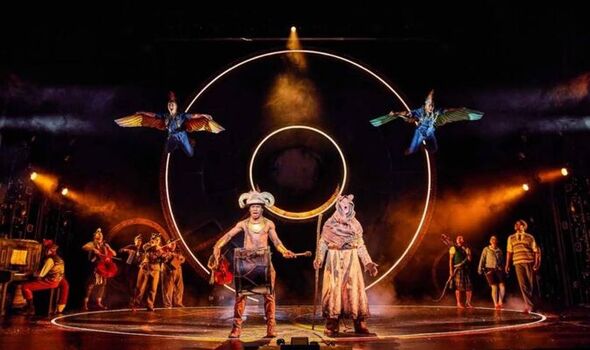 Actor/musicians scamper around the stage playing a variety of instruments, theatrical illusions and circus stunts enhance the action, and there is a palpable sense of dark reality sliding beneath the surface fantasy.

During the Second World War, four children are evacuated to an eccentric professor’s chilly Scottish estate where they find a portal to another world, Narnia, which is engaged in a conflict of its own.

The woodland creatures who form the Resistance movement are essentially comic, as if the characters from The Wind In The Willows were recruited into Dad’s Army.

The Christian allegory is shaded to emphasise the wartime setting (The Witch’s cohorts wear German helmets) although the spiritual element is retained with the sacrifice of Aslan, played by both an enormous puppet – more sculpted than naturalistic – and the leonine Jared.

Womack is both fantasy witch and Boudicca-like warrior as she is wheeled in on a contraption that is half chariot and half army forklift, and there is sterling singing and acting support from Christine Tedders as Mrs Beaver, Jez Unwin as Mr Tumnus and Johnson Willis as an armsdispensing

Father Christmas among other roles. Jack Knowles’ lighting and Ian Dickinson and Gareth Tucker’s sound design enhance the atmosphere considerably, while the professor’s puppet cat steals every scene he is in.