The year was 1969, I was 14 years old and I can't remember much about the weather that morning. Was it was raining, foggy, or was the summer sun already filtering through the gum trees? I have no recollection if anyone was there with me as I stood on the gravelly edge of the road waiting for the school bus, which was advancing with every agonising minute that slowly ticked by.

But as for how I was feeling? That comes back to me with dreadful clarity. I felt sick. Like I could vomit on my black lace-up shoes. Every nerve ending in my body was prickling with fear and urging me to run. I thought of grabbing my school bag, hurtling back home to the safety of my bedroom, or taking a flying leap into the fern gully below and just disappearing. 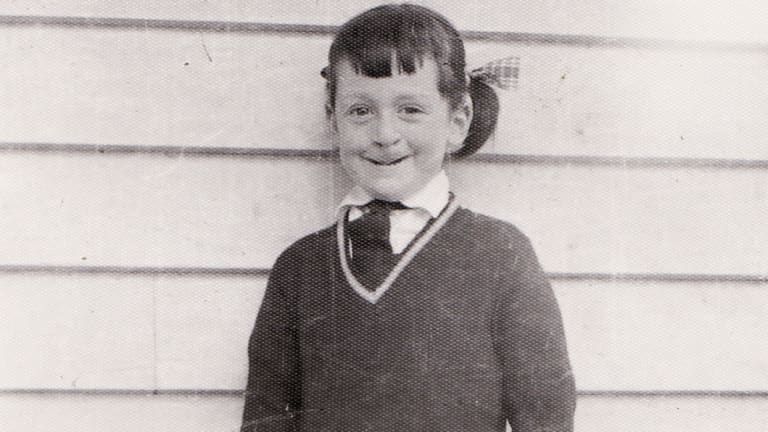 I wanted to evaporate, dissolve. Never to be seen again. Ever. The daily school bus trip in the Dandenong Ranges east of Melbourne – which wound down the mountain road, through the wooded foothills and onto the flat – was always rowdy. On every school bus, the seating arrangement is roughly the same. Zoologists have long documented dominance hierarchies in monkey tribes. Every monkey knows its place in these primate social structures, which have evolved for beneficial behaviours in feeding, grooming and mating.

Same on our bus.

The dominant males commandeered the back seat. The alpha females sat in the two rows in front of them. The nondescript rabble occupied the middle. And the front seats, under the nominal protection of the driver, were reserved for the misfits, the timid and the newbies.

After more than a year of these twice-daily journeys up and down the mountain, I'd found myself a congenial spot in the middle with like-minded souls.

Being nondescript was our greatest survival mechanism, but I'd also seen the unremarkable middle-seat folk rise up as one if challenged. We knew there was safety in sheer numbers, so were mostly left alone.

It all seemed to work well enough for our rambunctious, hairy tribe as we rattled along the road to our high school and back. Still, there were small, daily humiliations to deal with. If you were sporting a dodgy haircut, had new glasses, had a broken arm encased in pristine white plaster or were on crutches? You'd have to endure the taunts and pray that at the next stop a new red-headed kid in the wrong-coloured uniform would appear and take your place as the object of attention.

The fateful morning I speak of, I was getting onto the bus, not with a new haircut, school bag, specs or a broken limb, but with something entirely more arresting. Same me, same uniform, same hair and no glasses or broken bones, but with an accessory no one on the bus had seen before, and neither had I until a few weeks earlier. I was getting onto the bus with a brand-new face. 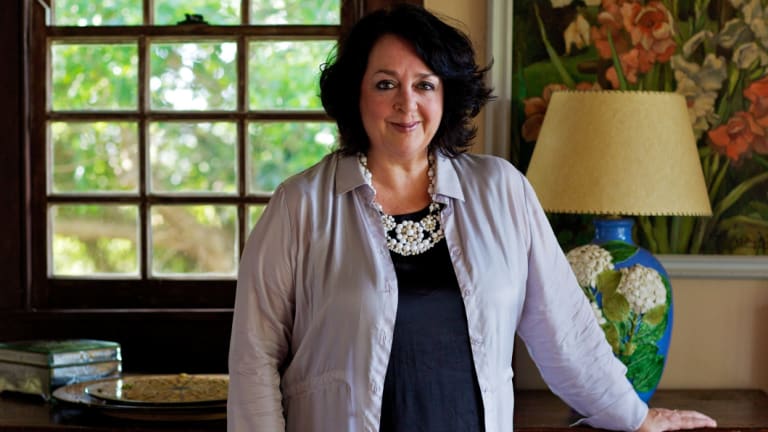 “No matter how many times I was told that I was a beautiful
little girl, the mirror didn’t lie. “Credit:Domino Postiglione

As the bus rounded the corner at the top of the road, my black lace-ups were rooted to the spot. It was too late to escape. My heart was thundering in my chest and my school bag was slippery in my grip as I took a step forward. There was nothing for it but to brave the monkey tribe and its intense curiosity and judgment. If it weren't today, it would be tomorrow. Or the day after that.

Age 14 is a bad time to have your face re-arranged. It's the hardest year for a girl. Some say year 9 is the Year From Hell. It's that confusing twilight zone where you're no longer a child, not quite yet a woman, and when the fog of doubt is most likely to seep in through the cracks of uncertainty and wrap itself around you.

When I was a kid, everyone who wasn't a doctor said I had a "hare lip" – a description that still persists today among ignorant people. It comes to us from medieval times when it was believed that a hare must have crossed the path of a pregnant woman and bewitched the child in her belly, so that it is born with a face that's half-human, half-animal. I'd heard plenty of jokes about people with a "hare lip". I'd heard the insult "as ugly as a spider with a hare lip" when I was a kid.

No matter how many times I was told that I was a beautiful little girl, the mirror didn't lie. My nose was crooked and flat. My upper lip, just a scrap of it, was scarred and lumpy and behind it my front teeth stuck out at odd angles.

People would look at me sideways in the street and mothers would scold their children, "Stop staring at that poor little girl." When they knew their mothers weren't looking, they'd whisper, "What did happen to your face?"

The nasty kids at primary school had called me "flat face", "eagle beak" or "Wendy the witch" … but not for long. The magic spell I had was the undying loyalty and love from my younger siblings, Phillip, Noel and my little sister, Helen. Always in my corner, they challenged to a fight anyone who was mean to me. And fight they did. Helen could flatten kids three times her size. We made a fierce team, the four of us. They had my monkey back.

To add to our woes, our mother had left us when I was 10 and my baby sister was only six. One afternoon Mum had attempted to take her own life with a drug overdose and was carried, unconscious, from her bed to the car by my father. We lived with Dad after Mum left. She never returned.

My only communication with her was through long letters and poetry she wrote to me from her home in Tasmania. They were tortured thoughts about her terrible guilt in leaving us four kids and every one of those letters tore at my heart. I cried for hours after reading them and was plunged into deep melancholy. I blamed myself for Mum leaving. It was because I was ugly. It was all my fault, I was sure.

In the quadrangle at school during lunchtime, when my friends were gossiping and giggling about boys, I'd read pages and pages in which my mother described how she had resisted, at the last minute, throwing herself off a cliff or wading into the sea to drown. She wrote how much she loved me and desperately missed us all. Still, she never came back.

In the years after Mum left, Dad would drive me from the country to the Royal Children's Hospital in Melbourne to be assessed for my life-changing surgery. On that long drive I'd daydream about going into hospital, waking up, and being magically transformed into "Princess Wendy". Instead, year after year we were told, "Her head hasn't stopped growing."

Then, when I was 14, the surgeon said I was ready. I would have my new face, at last!

I was sure he would wield his scalpel like a magic wand. That's what I was thinking as I counted backwards in the operating theatre and the darkness swallowed me up.

The operation was a serious undertaking that lasted for hours, I'm told. A chunk of my bottom lip was cut out and twisted up into a new position under my nose to make a new upper lip, and to maintain the blood supply, the flesh was not entirely severed.

I swam back into consciousness with my mouth sewn together. The nurses wouldn't give me a mirror for days because they knew that the sight of the swollen, bloody flesh and train tracks of stitches would be distressing. An aunt came to visit with flowers; she took one look at my face and fainted dead away.

When I was finally offered a hand mirror to peek at my face, I was devastated. There was no wave of a magic wand, no fairytale transformation. If it were possible, I looked worse than I had before.

And I couldn't even open my mouth to cry and wail at my terrible misfortune. My new lips were to stay sewn up like that for weeks. I couldn't talk, smile or laugh and was fed liquids through one corner of my mouth by a straw.

The only rainbow in that grim, grey time came when I was allowed to go home from the hospital for a few days and my dear siblings pushed cheese Twisties and chunks of banana through the small openings either side of my sewn-together mouth. That is true monkey love, right there.

Weeks later, after another operation, and now with a full top and lower lip, my face still swollen and the tracks of the stitches bright red and angry, I was waiting on the side of the road for the school bus. I could hear it coming now. Then I saw it turn the corner and trundle down the hill to where I stood …

The bus veered and braked on the gravel. The door opened in front of me. I braved the top step, then the second … and the third. The driver nodded a welcome after my two months away from the usual pick-up spot. The timid misfits and newbies up the front saw me and sent sympathetic eyes. I saw them with new eyes, too.

I kept my head down and slowly paced the steps up the aisle to the middle of the bus by the window to where I always sat. My empty seat was there, waiting for me like a throne.

No one mentioned my new face but, I sensed, all my unremarkable companions – the mostly silent majority – were bristling and ready to challenge, as one, any unkind remarks from the peanut gallery up the back. They never came. And I have never forgotten that kindness. Thank you, fellow hairy primates!

So, the lesson I'd like to offer is this: love your family, wherever you find them. They are there for you, even in the nondescript middle seats on a school bus. Protect and fight for them as fiercely as they will for you. The bus trip of life is both longer and shorter than you imagine.

Edited extract from Some Girls Do (My Life as a Teenager), edited by Jacinta Tynan (Brio Books), on sale now.

This article appears in Sunday Life magazine within the Sun-Herald and the Sunday Age on sale January 27.