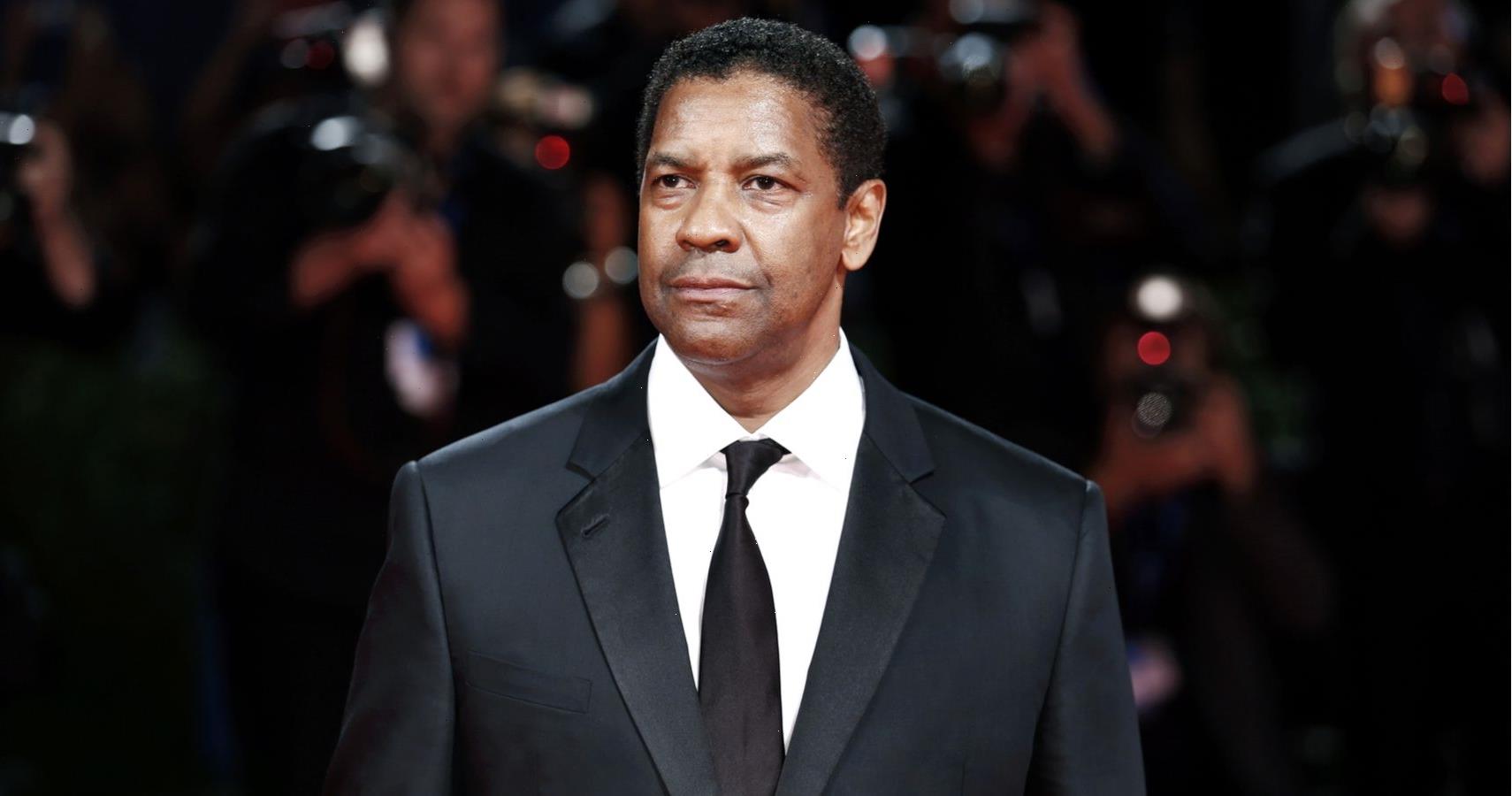 Name an actor who has starred in the biographical film of a major historical religious minister,Den and civil rights activist, has a movie portfolio of under 70 films, and has a net worth of close to $300 million? You hit the nail on the head if you guessed Denzel Washington! Compared to Samuel L. Jackson and Wesley Snipes, Washington is probably the most esteemed and experienced African-American actor in all of Hollywood. Born in Mount Vernon, New York in 1954, he was the son of an ordained Pentecostal Minister, Denzel Hayes Washington Sr., and beauty parlor owner, Lennis ‘Lynne’. After graduating from the Oakland Military Academy in New York, he attended Fordham University where he graduated with a BA in drama and journalism in 1977. Unsure of which career path to take, he took working as a creative art director at YMCA in Connecticut, where his stunning stage presence during a staff talent show caused his colleagues to suggest he try out acting. Which, as his extraordinary filmography can attest to, he did. After his time at YMCA, he returned to Fordham University to study acting full-time with the intent of pursuing acting professionally.

A Star Is Born!

Though he began mainly in theatrical stage performances, he was able to secure a spot in the made-for-television film, Wilma, in 1977. By 1981, he made his first film appearance in the comedy-drama, Carbon Copy, alongside George Segal and Susan Saint James, grossing $9 million. For his first appearance, $9 million wasn’t a terrible start, considering its value in 1981 was much different from present-day. Moving forward, his next major break came in the form of the NBC medical drama series, St. Elsewhere. where he co-starred with Mark Harmon, Howie Mandel, and Ed Begley Jr. According to Business Insider, the show was a remarkable success, raking in 22.5 million viewers during its stint from 1982 to 1988.

During those years, he would also play the lead actor in the mystery drama film, A Soldier’s Story, in 1984. The movie was an adaptation of the Pulitzer Prize-winning play, A Soldier’s Play, which Denzel also starred in as Private First Class Melvin Peterson in 1981. Starring alongside David Alan Grier and Patti LaBelle, it grossed over $21 million at the box office. Then in 1986, he appeared as Arnold Billings in the political drama film, Power, next to Richard Gere, Gene Hackman, and Kate Capshaw.

The following year in 1987, he received a nomination for the Academy Award for Best Supporting Actor for his role as the South African anti-apartheid political activist, Steven Biko, in Richard Attenborough’s Cry Freedom. He ended his first decade of acting strong with another Academy Award-winning performance as Private Silas Trip in the historic war drama, Glory, along with a slew of other talented actors, such as Matthew Broderick, Cary Elwes, Morgan Freeman, and Andre Braugher. The film was a success, grossing $27 million against an $18 million budget.

With his name already buzzing in Hollywood as the next best thing since Cadbury, the 1990s would be a defining year for the Manchurian Candidate star. Teaming up with his close pal and movie director/actor, Spike Lee, Denzel starred in the musical comedy-drama, Mo’ Better Blue, opposite other greats such as Wesley Snipes, Giancarlo Esposito, and Wesley Snipes. The film remains a classic and grossed over $16 million at the US box office. Then in 1992, Denzel played possibly the most legendary and influential role of his career in Malcolm X, directed again by Spike Lee. His critical acclaim for the role of the Black Nationalist leader won him an Academy Award for Best Actor and a box office turnover of $73 million. The following year would be a monumental year for Washington, as he would appear in lead roles simultaneously in the legal drama, Philidelphia, and another legal drama called The Pelican Brief, co-starring with Julia Roberts. Both films grossed a monumental return at the box office – Philidelphia grossed $206.7 million while The Pelican Brief grossed $195.3 million globally. Truly, Washington was going from glory to glory in his acting career.

A few of his other cash cows at the box office during that decade include the war action thriller of 1995, Crimson Tide, alongside Gene Hackman and James Gandolfini, grossing $157.4 million; Courage Under Fire (1996) opposite Meg Ryan, which grossed $100.9 million to favorable reviews; and a romantic comedy, The Preacher’s Wife (1996), where he co-starred with Whitney Houston and Courtney B. Vance and grossed $57 million at the international box office. Also in that decade, he appeared in the supernatural thriller, Fallen (1998) alongside John Goodman and Donald Sutherland, which flopped at the box office with $25. 2 million against a $46 million budget, but nevertheless was an unforgettable film.

To close the decade, in 1990 he made lead appearances in both the biographical sports drama, The Hurricane, displaying the harsh life and wrongful imprisonment of former middleweight boxer, Rubin Carter. In the same year, he starred opposite Angelina Jolie in the crime thriller, The Bone Collector, which grossed a whopping $151.5 million internationally.

By the 2000s, Denzel Washington had become a household name. He hit the ground running for the new millennium with Remember the Titans, a biographical sports film based on the life of football coach Herman Boone who attempted to end racial segregation in 1971 at T.C. Williams High School in 1971; he was played by Denzel. The film, produced by Disney, also starred Wood Harris, Ryan Hurst, and Hayden Panettiere and grossed $136.8 million at the box office. Then came the meme-making crime thriller, Training Day (2001), where he starred alongside Ethan Hawke and Eva Mendes. Along with a $104.9 million grossing at the box office, the movie also received favorable reviews.

In the years following, he would add to his iconic movie list in John Q (2002), which grossed $102.2 million against a $36 million budget. Subsequent to that was Out of Time (2003) starring Eva Mendes and Sanaa Lathan; Man on Fire (2004) which grossed $130.3 million; the neo-noir political thriller The Manchurian Candidate (2004) which did $96.1 million globally; the Spike-Lee directed bank heist thriller, Insider Man (2006), starring Clive Owen and Jodie Foster which raked in $184.4 million and Deja-Vu (2006) which churned in $180.6 million. Among Denzel’s greatest performances was his portrayal of drug kingpin Frank Lucas in the 2007 biographical film, American Gangster. He starred opposite Russel Crowe and a slew of other actors, including T.I., Idris Elba, Common, Josh Brolin, Ruby Dee, Cuba Gooding Jr., and Chiwetel Ejiofor. The film was also one of his most financially successful ever, grossing $266.5 million worldwide.

With so much to offer as a multitalented actor, Denzel shifted his focus from acting to directing and producing a few of his own film projects, which were quite successful! Of them was Antoine Fisher, a 2002 biographical drama that grossed $23.4 million a the box office. He also directed The Great Debaters, a 2007 biographical film about the Willey College debate team. Washington also acted in the movie, alongside Forest Whitaker, Denzel Whitaker, Nate Parker, and Jurnee Smollett. In 2016, he added Fences to his director’s resume, a drama film adapted from August Wilson’s play, Fences, which reeled in $64.4 million internationally.

As a producer, Denzel has also lent his creative genius to movies such as the post-apocalyptic action film, The Book of Eli (2010), which grossed $157.1 million as well as The Eqaulizer (2014), which grossed $192.3 million. During his career up to the present day, Denzel Washington has starred in, directed, and produced a total of 64 movies. That may not sound like much compared to actors like Bruce Willis, for example, who has 125 movies under his belt. But for Denzel, almost every movie was a blockbuster, which is why his net worth stands at $280 million.

READ NEXT: Director’s Cut: How Spike Lee Grew His $50 Million Fortune In Hollywood