Have YOU experienced a ‘coregasm?’ Women reveal they climax just from doing ab exercises – and some insist it’s ‘BETTER than sex with a man’

Any women who have struggled workout during lockdown may now have all the motivation they have ever needed to get fit: the ‘coregasm’.

Several fitness fanatics have revealed on social media that doing ab exercises leads them to experience an exercise-induced orgasm, with some insisting that the climax is ‘even better than sex with a man’.

In a post shared to her Instagram Stories, New York-based fitness trainer Bec Donlan, 32, asked her followers whether they had ever had a coregasm – and was met with a slew of responses from women admitting that they often climax while working out their abs, a phenomenon that many previously thought was something only they had experienced. 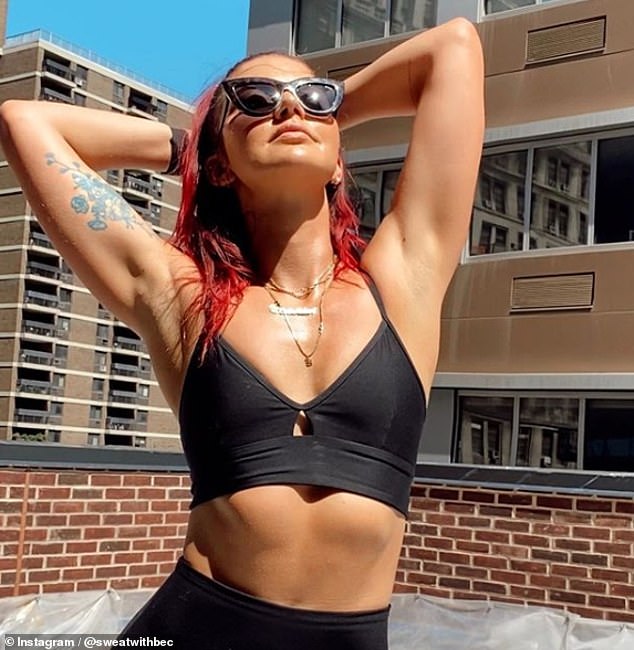 Motivation: Fitness trainer Bec Donlan took to Instagram last week to ask her followers if they have ever experienced a ‘coregasm’ – an exercise-induced orgasm – from doing ab workouts 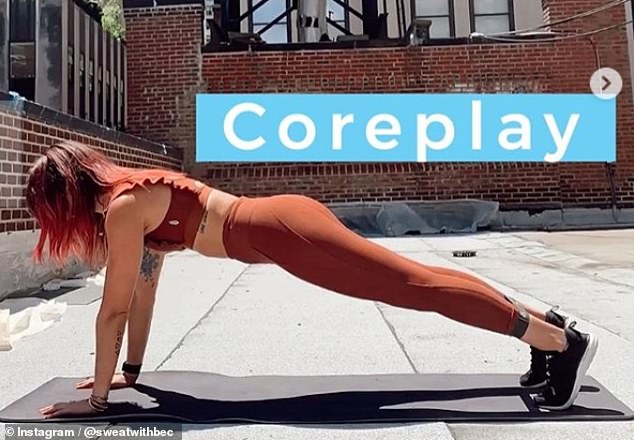 Coreplay: The 32-year-old New Yorker received a slew of responses from followers revealing that they frequently achieve ‘coregasm’ while working out their core

After sharing a post from Medium in which the writer confessed that she only ‘works out her abs for the orgasms’, Bec, founder of Sweat With Bec, joked that coregasms could be the perfect ‘selling point’ for her training programs.

‘Coregasms are totally a thing,’ the Medium writer said in her piece, while adding: ‘Sometimes, they’re better than sex with a man.’

And it turns out, she is not the only one.

Bec shared several responses from followers who revealed to her that they often experience coregasms while working out – and have done so frequently of late while completing an ab challenge set by the trainer, which called for participants to do 50-100 reps with an ab roller every day.

‘I had an ab roller orgasm during your 100 challenge and tbh it was one of the best things ever,’ one woman revealed.

Several women confessed to thinking that they were the only ones who experienced coregasms while working out, with one revealing that she actually avoids going to group workout classes for fear of climaxing in public while doing ab exercises.

‘This is literally why I don’t like classes that use ab rollers or certain other core movements,’ she wrote. ‘It’s awkward af in public!’

Another person chimed in: ‘Omg! Happy this is a real thing and I’m not just some weirdo getting turned on by ab rolling.’

One Instagram user said that she had tried to find answers about her coregasms in the past, revealing that she has actually asked several trainers about it in the past, only to be met with confusion and shock.

‘Ahhhh my whole life I had this issues and every trainer I asked about it always thought I was crazy. Nice to know I’m not alone,’ she said.

According to Healthline, coregasms are not entirely uncommon, particularly for women and men who are regularly working out their abs and core.

The website states the a coregasm is achieved as the result of ‘contracting the pelvic floor muscles that can be essential to achieving orgasm’, something that many women do while engaging their muscles to stabilize their core.

For men, it is believed that coregasms ‘may be tied to prostate stimulation’.

However, experts say that not everyone has the ability to achieve a coregasm, and those who can may not feel it in the same intense way as they might experience an orgasm during sex. 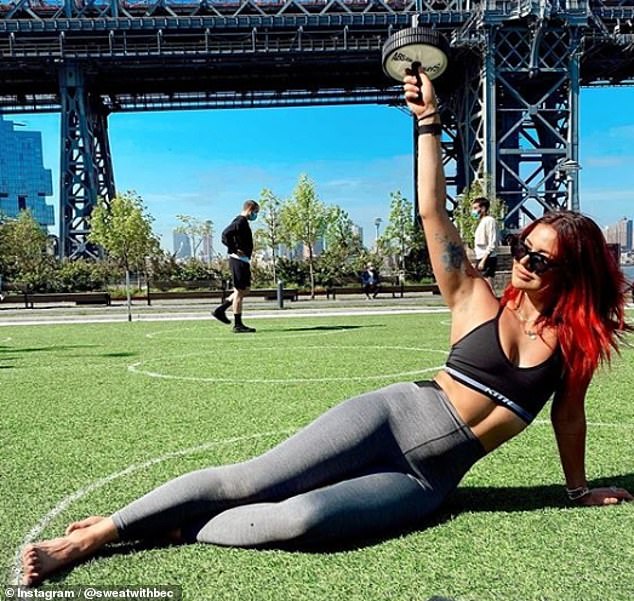 Open: A number of women revealed to Bec that they experienced a coregasm while taking part in her recent 100 challenge – which required participants to do 50-100 daily ab roller reps 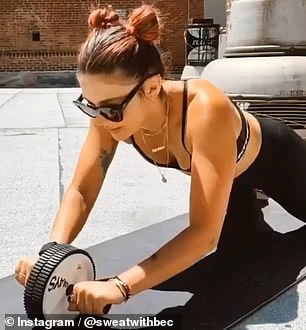 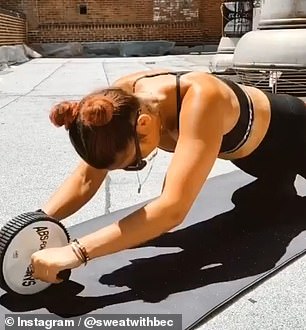 Try it out: Experts say that coregasms are different for everyone, but usually only occur during a particularly tough ab workout when your pelvic floor muscles are engaged

Speaking to Self, Dean Somerset, an exercise physiologist, explained that coregasms, just like regular orgasms, are completely unique to the person experiencing it.

‘It’s similar to any other type of orgasm in that it’s more a matter of what works for one person instead of one specific thing that works for everyone,’ the Canadian-based fitness expert explained.

However, Debby Herbenick, Ph.D. explains in her book, The Coregasm Workout, that there are certain things you can do in order to try and achieve an exercise-induced orgasm.

First, you need to make sure that you are pushing yourself throughout your workout, with Herbenick noting that most exercise-induced orgasms happen during a particularly challenging session.

However, it is also important to try and relax your mind, she notes, and ensure that you are focusing on your workout and your body, instead of letting your thoughts wander.

In order to better your chances of experiencing a coregasm, you should also consider the order of your workout, with Herbenick explaining that it is best to warm up with cardio before starting your core exercises.