Does Hannah Ann Sluss have a new man?

The Bachelor star appeared on Wednesday’s episode of The Viall Files and suggested she’s getting to know someone new.

While the model from Tennessee said she hasn’t been on a “legit date” since her split from Peter Weber, she acknowledged she’s “getting to know some people” and that “there’s one person in particular” she’s “excited to go on a date with” after the global coronavirus pandemic. However, Sluss wouldn’t name names. In fact, she wouldn’t even reveal the guy’s profession, noting it would “give it away.” The only clues she did provide are that he’s not a musician and that she hasn’t been seen with him.

“He’s someone that’s been really nice, and I’m excited to get to know more,” she said. “It’s weird because, like, when I’m actually liking someone now, not the whole world knows about it. Like, it’s nice just to have private conversations, slowly get to know someone and not have everyone know every detail.”

Although, she made it clear they are not in an exclusive relationship and that she’s open to other suitors. She also later said she’s “going to be single for a while.”

“I’m not going to be exclusive for a while,” Sluss said at one point. “I’m getting to know lots of different people, but I will say there is one person in particular that I’m excited to go on a date with after all this is over with. Really excited about it.”

So, how did she meet this mystery man?

When host Nick Viall and producer Richelle Meiss guessed if this guy was a famous actor, Sluss simply said, “I don’t know.”

“He might not even be an actor,” Sluss added while continuing to play coy.

Sluss had expressed interest in Tyler Cameron on The Ellen DeGeneres Show earlier this month. However, she argued she’s not alone in thinking the Florida native is cute. Cameron has also been spotted hanging out with Hannah Brown over the past few weeks.

Whoever Sluss’ mystery man is, one thing is for sure: She’s enjoying just communicating with him before they even go out on a potential date. 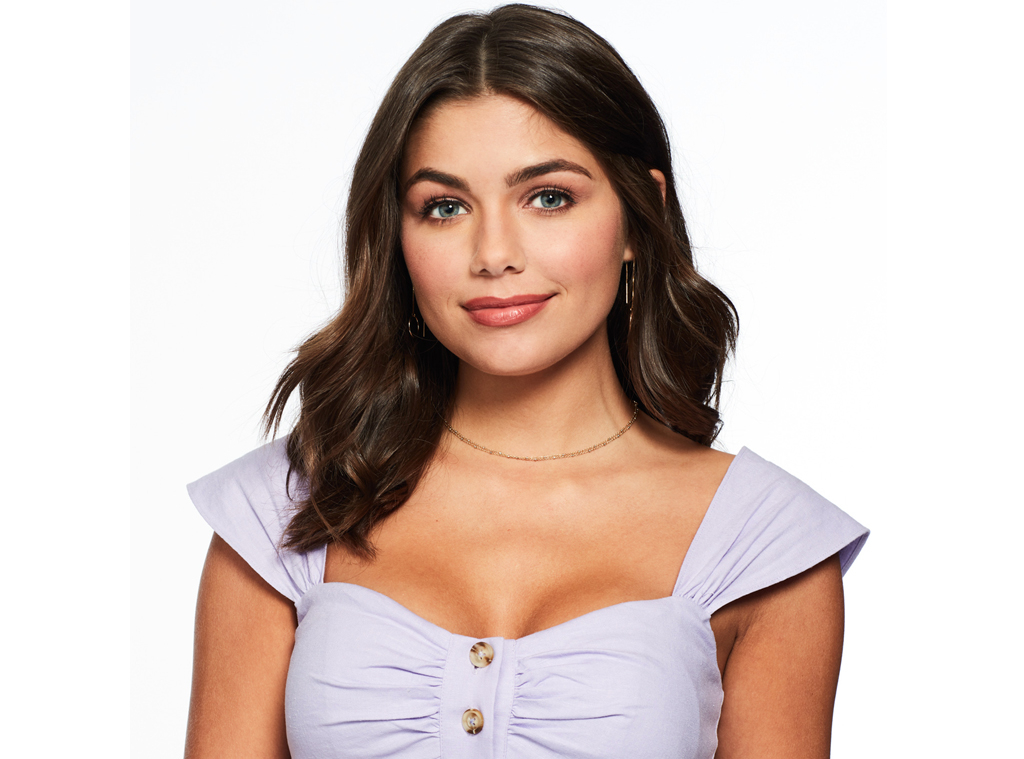 As fans will recall, Sluss was previously engaged to Weber. However, the season 24 celebs called it quits after he admitted he couldn’t give her his full heart. Sluss claimed he downplayed his feelings for fellow contestant Madison Prewett and that he wanted to find closure with Brown. While it looked like Prewett and Weber were going to give their relationship another shot on After the Final Rose, they later revealed they decided to go their separate ways.

In fact, Sluss said she spoke with Prewett after the split and that they’re planning on grabbing dinner or coffee the next time she’s in town.

To hear the full interview, check out The Viall Files.