So, it looks like Nicole Kidman is about to have the last laugh.

Back in March, Kidman, who had been in Australia wrapping post-production on her Nine Perfect Strangers television series, had quietly admitted to her Sydney pals she was feeling a little nervous about taking on the iconic character of Lucille Ball in the upcoming biopic Being The Ricardos, starring opposite Javier Bardem as Desi Arnez. 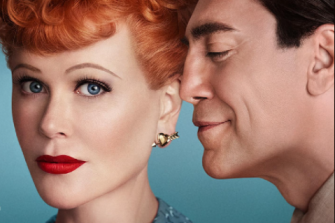 Nicole Kidman as Lucille Ball and Javier Bardem as Desi Arnez for the upcoming Amazon biopic Being The Ricardos.Credit:Amazon Prime

This was after her casting in the role ignited a firestorm of criticism on social media, with critics piling on amid claims Kidman, 54, was either too pretty, too prissy, too tall, in fact too anything to play Lucille Ball.

Her casting had also come after fellow Australian Oscar winner Cate Blanchett, 52, who had been attached to the role for several years, mysteriously parted ways with the production. 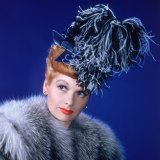 The “actor’s actor” Blanchett’s casting had not attracted anywhere near the same level of scrutiny as Kidman’s, but then again she’d also played Bob Dylan and won plaudits.

But Kidman, an actor who has probably endured more of the “tall poppy” criticism from her compatriots than any other in modern times, pushed on regardless of the critics.

Shot in May in Los Angeles, the film tells the story of Ball at the peak of her career as the world’s most popular comedian. Kidman flew out of Sydney in April and was soon pictured on set

wearing a red wig, but to be honest, it was not the image of Ball the world had “loved” throughout so much of the 20th Century.

Fears Kidman was about to front another turkey continued to grow.

And the doubters came in spades, including 21st Century American television comic queen Debra Messing, 53, who admittedly looks a lot more like Ball in her natural (well, as natural as a Hollywood star can be) state than Kidman does.

Messing threw herself into the mix in January as news emerged that Kidman had landed the part by retweeting a stream of posts on the social media platform saying the Will & Grace star should have gotten the part.

But director Aaron Sorkin, 60, defended Kidman’s casting. In an interview with the Hollywood Reporter last month he said:“We made this movie during COVID, and so in Zooming with Nicole and Javier and everyone else, I’d make it very clear to them that I am not looking for a physical or vocal impersonation of these people.” 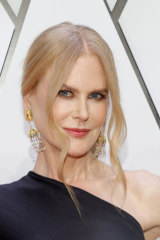 Nicole Kidman is well versed in the black arts of Tall Poppy Syndrome.Credit:Getty

“I know that Nicole was working on Lucy’s voice for a while, and I wanted to relieve her of that. As far as audience anticipation, that’s something I’m just not worried about. I’m certain that when people see the movie, they’ll leave feeling that Nicole has made a very solid case for herself, but moreover, I’ve found that you can really leverage low expectations.”

At the latest count, this will be Kidman’s 65th film since she first graced the silver screen in 1983’s Bush Christmas.

That’s an extraordinary achievement by any measure, and yet the chorus of detractors always seem willing and able to pour their scepticism on her abilities as an actor.

Sure some of those outings she would probably prefer to forget – Australia and Grace Of Monaco come to mind – but with Oscars, Globes, BAFTAs, ACTAS and Logies all under her belt, she clearly deserves a little more confidence in audiences that she can pull off a role, even one as iconic as Lucille Ball.

And from initial reports coming back from advance screenings of Being The Ricardos, it sounds as though Kidman has pulled off quite a performance, so much so she is returning to Sydney – and arguably her toughest audience – to walk the red carpet in her hometown for the Australian premiere next week.

Her smile will be extra bright too if she’s been reading reviews from the Hollywood press, with no less than trade magazine Variety talking up her performance as a potential Oscar contender.

“Kidman embodies the essence of Ball, especially in her mannerisms during the rehearsals and filming of episodes. She very well may break your heart, demanding the viewer’s sympathy and a best actress nomination may seem almost certainly in the cards for her,” wrote Variety reviewer Clayton Davis recently.

Though given how many gongs she already has in her trophy cabinet, another Oscar probably won’t be enough to keep her chorus of armchair critics quiet for long.

Not that she appears to be paying them much attention.

The Opinion newsletter is a weekly wrap of views that will challenge, champion and inform. Sign up here.