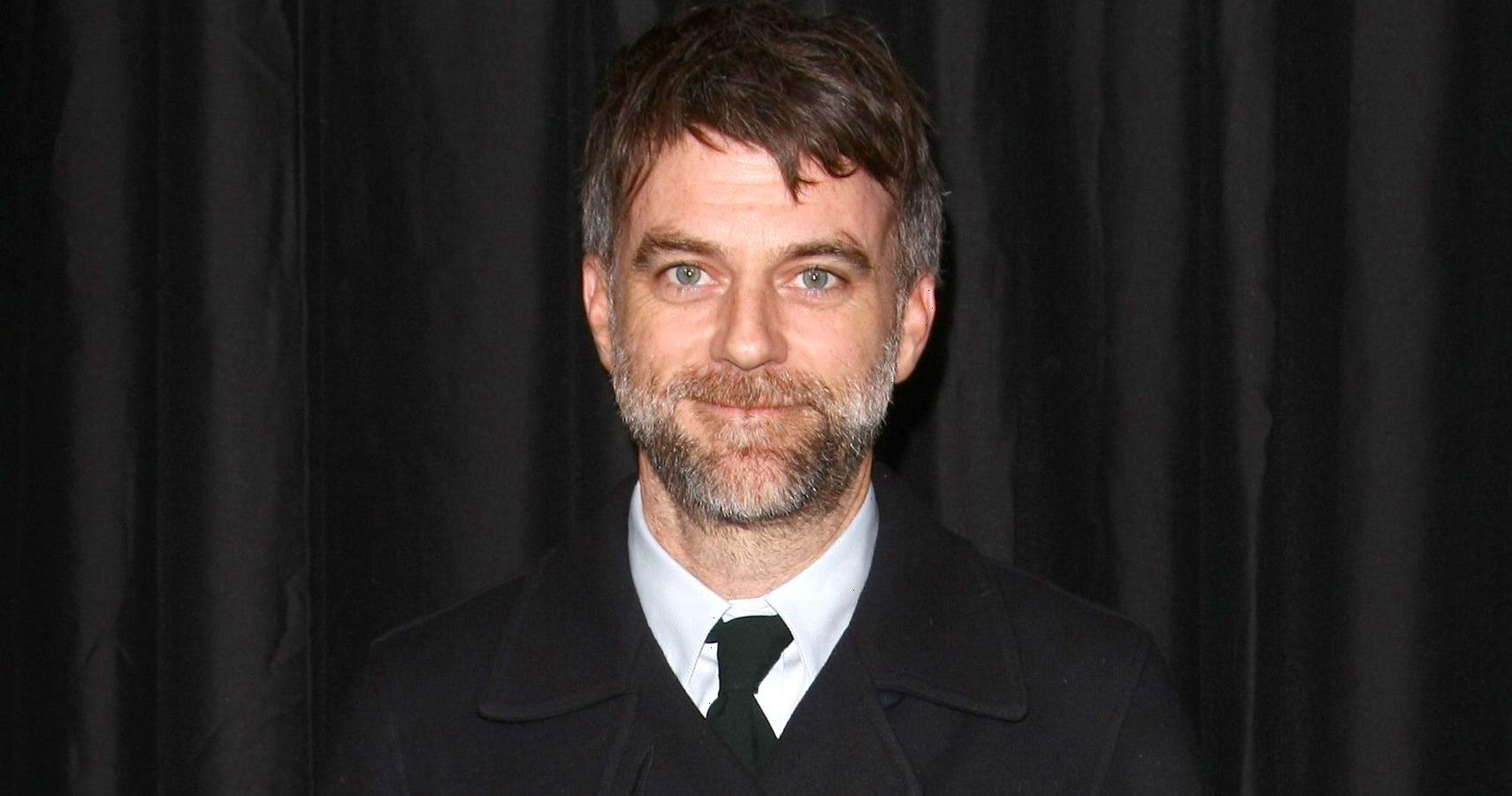 Born in Studio City, Los Angeles in 1970, Paul Thomas Anderson seemed destined to become a movie director. His father, Ernie Anderson, worked as an actor and the voice of ABC as well as a Cleveland late-night-horror movie television host who he called Ghoulardi. Anderson would later use this same name for his production company. Heavily encouraged in writing and directing by his father, he was involved in filmmaking from a young age. As he grew older, he was able to direct his first real production film, which was a 30-minute mockumentary called The Dirk Diggler Story. He has worked with some of Hollywood’s finest celebrities, such as Mark Wahlberg, Julianne Moore, Heather Graham, Nicole Parker, and the ridiculously funny Adam Sandler. In light of his unforgettable work. here are 9 of the highest-grossing films directed by Paul Thomas Anderson.

Produced by his production company, Ghoulardi Film Company, Paul Thomas Anderson released the epic period drama film, There Will Be Blood, in 2007 which received a very impressive rating from critics. It was such a stunner that it actually tied with the Coen Brothers’ No Country For Old Men for eight Oscars at the 80th Academy Awards. The film follows a silver miner named Daniel Plainview (Daniel Day-Lewis) who becomes an oilman on a quest to amass wealth during the period of South Carolina’s oil boom around the late 19th and early 20th centuries. Other actors include Paul Dano, who plays the role of a preacher named Eli, Ciarán Hinds, Kevin J. O’Connor, and Russell Harvard. Against a budget of $25 million, the film peaked at $77.208 million at the box office.

In 2012, Anderson wrote and directed the psychological drama film called The Master. The movie highlights the life of a traumatized World War 2 veteran named Freddie Quell (Joaquin Phoenix) who, due to the events he has experienced in the war, has a tough time reintegrating into society, and often exhibits violent outbursts and fits of rage. After being fired from his job as a photographer for fighting with a customer as well as and being suspected of poisoning a man who drank his homemade moonshine, he sneaks onto the yacht of a follow of Lancaster Dodd (Philip Seymour Hoffman), the leader of a movement known as “The Cause.” Dodd finds him and allows him to stay on the condition that he makes more moonshine for him. Freddie’s erratic behavior continues and he eventually drifts apart from Dodd. A few other celebrities include the pensive actor Rami Malek, Amy Adams, Laura Dern, and, Madison Beaty. The film grossed a total of $50.879 million at the box office.

Paul Thomas Anderson has a penchant for profound, thought-provoking, psychological movies that are out of the ordinary. His 1999 film, Magnolia, which he again wrote and directed himself, displays the lives of interrelated characters in desperate search of happiness and meaning in life. The film opens with Officer Jim Kurring, played by American actor John C. Reilly who goes to the apartment of Claudia Wilson (Melora Walters), the daughter of Jimmy Gator (Philip Baker Hall), a kids talk show host who is dying of cancer. She is a cocaine addict but, unaware of her addiction, Office Jim asks her out. Simultaneously, the show’s producer Earl Partridge (Jason Robards) is also dying of cancer, and his wife, Linda Partridge (Julianne Moore), who once married him for his money, now truly loves him and wants her name taken off of his will. Earl’s lawyer suggests that she gives the money to Frank Mackey played by Mr. Mission Impossible, Tom Cruise, who is Earl’s estranged son. However, Linda rejects the advice but later apologizes. A few other celebrities include Luis Guzman, Melinda Dillon, Ricky Jay, and Thomas Jane.

Anderson’s next film, Phantom Thread, was released in 2017 and is one of the more recent films in his ensemble of directed movies. Although classified as a historical drama, the film also has tenants of a romantic psychological thriller. The film is set in 1954 London and follows the life of a successful fashion designer named Reynolds Woodcock (Daniel Day-Lewis) who has formed a niche market for his clothing for members of high society and royalty. However, his brilliance as a designer is matched by his domineering and superstitious attitude, which his sister, Cyril Woodcock (Lesley Manville) desperately tried to deal with. Reynolds meets a foreign waitress named Alma Elson (Vicky Krieps) after meeting with one of his clients, and after inviting her out to dinner, become romantically involved with each other. However, his domineering personality surfaces, causing her to poison him. But she quickly nurses him to health once he falls ill, after which he proposes to marry her. The volatility continues until they realize that they both need each other for different reasons.

Released in 2021, Licorice Pizza is one of Anderson’s more recent films and wasn’t his most lucrative. Against a budget of $40 million, the film only grossed $32.012 million at the box office and received positive feedback from critics. The film follows a 15-year-old actor named Gary Valentine (Cooper Hoffman) who has a love interest in Alana Kane (Alana Haim), a 25-year-old photographer’s assistant who ends up being his chaperone on a plane to an audition in New York. Gary goes on to start a waterbed company and makes Alana his assistant. Alana grows an interest in acting, and Gary encourages her to audition for a role in a movie with Jack Holden (Sean Penn). Their waterbed company is forced to close when during the 1973 oil crisis, and they are about to make their last sale to Jon Peters, played by the limitless Bradley Cooper, who threatens to kill Gary’s brother if they damage the house he asked them to set up the waterbed in because it actually belongs to his girlfriend, Barbara Streisand. Later, Alana announces her love for Gary. The film grossed $32.012 million at the box office.

Anderson has no end to the caliber of actors he works with. In 2002, he got Happy Gilmore’s Adam Sandler to be the star of his romantic comedy-drama, Punch-Drunk Love, as a bachelor named Barry Egan. He owns a marketing company that promotes themed toilet plungers and other novelty items. However, despite his success, he leads a quiet life due to being emotionally abused by his seven sisters. Lena (Emily Watson) spots him in a photo with his sisters and orchestrates to meet him. While at his sister Elizabeth’s (Mary Lynn Rajskub) birthday party, his sexuality is questioned, resulting in an outburst. However, in the end, Lena and Barry end up together in a loving relationship. The film also grossed $24.591 million at the box office.

Anderson has many films that have been nominated for awards. Among them is the 2014 neo-noir mystery crime film, Inherent Vice, which was based on the 2009 novel of the same name written by Thomas Pynchon. The film follows Larry “Doc” Sportello (Joaquin Phoenix), a private investigator in Los Angeles County. He learns from his ex-girlfriend, Shasta Fay Hepworth (Katherine Waterston) that she is now dating a real estate agent named Michael Z. Wolfmann (Eric Roberts) and requests his help to protect Michael from his wife who wants to place him in an insane asylum. Although it flopped at the box office, this film featured a stellar cast of Hollywood actors and actresses, such as Josh Brolin, Owen Wilson, Reese Witherspoon, Michael Kenneth Williams, and Benicio del Toro to name a few. Against a budget of $20 million, the film only grossed $14.772 million at the box office.

READ NEXT: Director’s Cut: The 9 Highest-Grossing Film Written And Directed By Mel Gibson