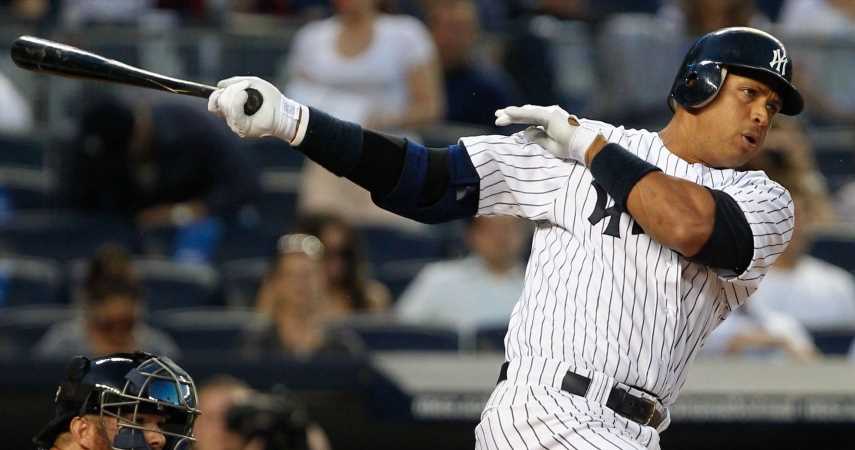 The Major League Baseball is one of the most lucrative sports in the world. It is not popular in the global setting since the fan base of the sports in focused in the United States, however that does not mean that it is lacking in funding, in fact, it is the 2nd most profitable sports leagues across the world.

The billions of money coming in and out of the Major League Baseball, it is safe to assume that the players are well taken cared of financially. Take a look at the wealth and riches of the top 10 Richest Baseball Players in the world.

RELATED: The Alex Rodriguez Story: From A Yankee To A Successful Entrepreneur

First baseman Joe Mauer comes in the tenth spot with $100 million. The renowned catcher plays for the Minnesota Twins and is the only catcher in the Baseball history to win 3 battling titles. He is widely known for his well rounded play since he can effective play as a top defensive and offensive player.

Canadian baseball first baseman Joey Votto comes in the ninth spot with $110 million. He first made his debut in the field in 2007 as a player for the Cincinnati Red of MBL. During his time as a football player, he has earned several recognition including -time Lou Marsh Trophy award, seven-time Tip O’Neill Award and six-time MLB All-Star.The 39 year old baseball player still plays for the Cincinnati Reds as their first baseman and reportedly earns a salary of $25 million as of 2022.

Ryan James Howard, whose widely known as the Big Piece, lands in the seventh spot with $120 million. Howard has spent his entire career at the Major League Baseball as a player for Philadelphia Phillies since he joined in 2004 until 2016.

Howard is popular as the fastest player in the history to reach 100 and 200 home runs. The 43 year old baseball player joined the Albuquerque Isotopes in 2017 but he finally retired a year later.

Venezuelan professional baseball player Miguel Cabrera lands in the sixth spot with $145 million. Affectionately called as Miggy by his dear fans, he is the designated hitter and baseman for the Detroit Tigers of Major League Baseball.

The 39 year old first baseman debuted in the field through the Florida Marlins where he played until 2007. He went to play for the Detroit Tigers in 2008 and has been with the team since.

Professional baseball pitcher Justin Verlander lands at the fifth spot with $150 million. He is best known for playing in Major League Baseball for the Detroit Tiger and Houston Astros.

Dominican-American former professional baseball first baseman José Alberto Pujols Alcántara lands at the fourth spot with $170 million. The designated hitter Pujols played for 22 season in the Major League Baseball and is considered to be among the greatest baseball players in the history.

Retired Japanese professional baseball player lands at the second spot with $200 million. It was reported that he earned about $265 million on his baseball salary alone. The famous New York Yankees player has debuted with the team in May 29, 1995 and also retired with the team in September 28, 2014. Deter Jeter never changed team in his career and played for only one team for 20 seasons.

Alex Rodriguez lands the top spot with about $350 million of wealth. The former professional baseball player and television analyst played for 22 seasons in the Major League Baseball. He debuted in the field through the Seattle Mariners in 1994 and played with them until 2000. He then went to play for the Texas Rangers in 2001 until 2003. He then played for the New York Yankees in 2004 until his retirement in 2016.

The former professional baseball shortstop and third baseman, businessman and philanthropist is currently a part owner of the NBA team Minnesota Timberwolves.

READ NEXT: 10 Reasons it Doesn’t Suck to be Derek Jeter