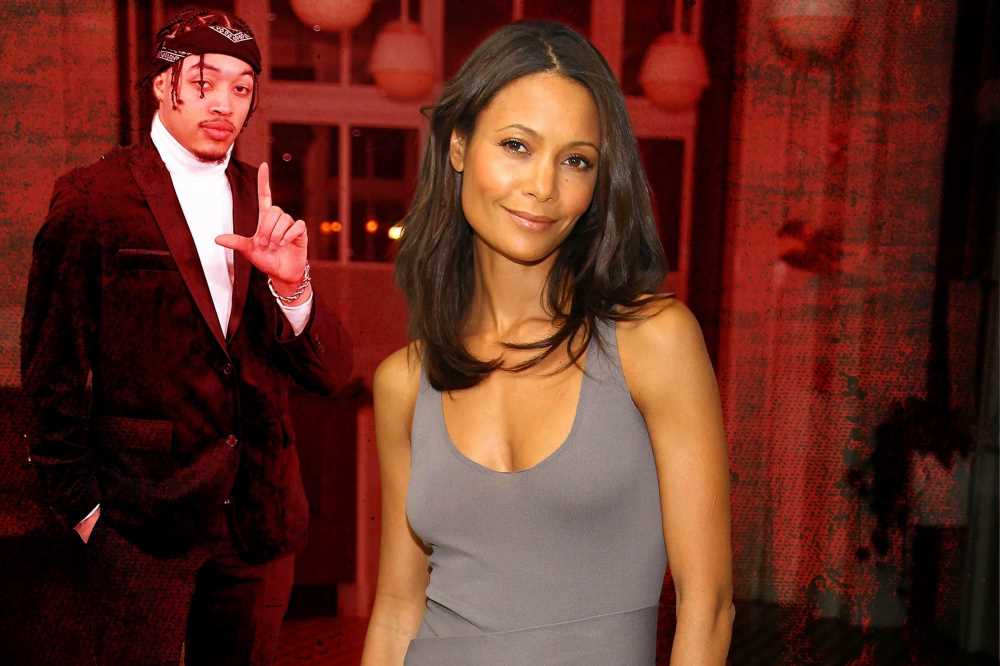 Thandiwe Newton has grown close to a young musician after her marriage crumbled, multiple sources told The Post.

The stunning actress hit the headlines over her shocking exit from the new “Magic Mike” sequel in London last week over “personal issues,” and friends are urging her to go to rehab.

A report that she was fired after a falling out with co-star and producer Channing Tatum was denied by reps, but her role has now been taken over by Salma Hayek.

As Page Six first revealed, sources confirmed that Newton, 49, has been suffering personal issues amid the breakdown of her 24-year marriage to writer and director Ol Parker, 52.

Multiple sources told The Post that Newton has a close friendship with Los Angeles musician Elijah Dias, who goes by the name Lonr.

At 23, Dias, who hails from Milford, Mass., is only two years older than Newton’s oldest daughter, Ripley. His song with singer Amber Mark, “Save My Love,” appears in the trailer and on the soundtrack for Newton’s 2021 film “Reminiscence.”

“From the relatively short time I’ve been fortunate to spend with her, I know Thandiwe and Oliver care deeply about the welfare of their children,” Lonr. told The Post. “That’s all I care about right now.” 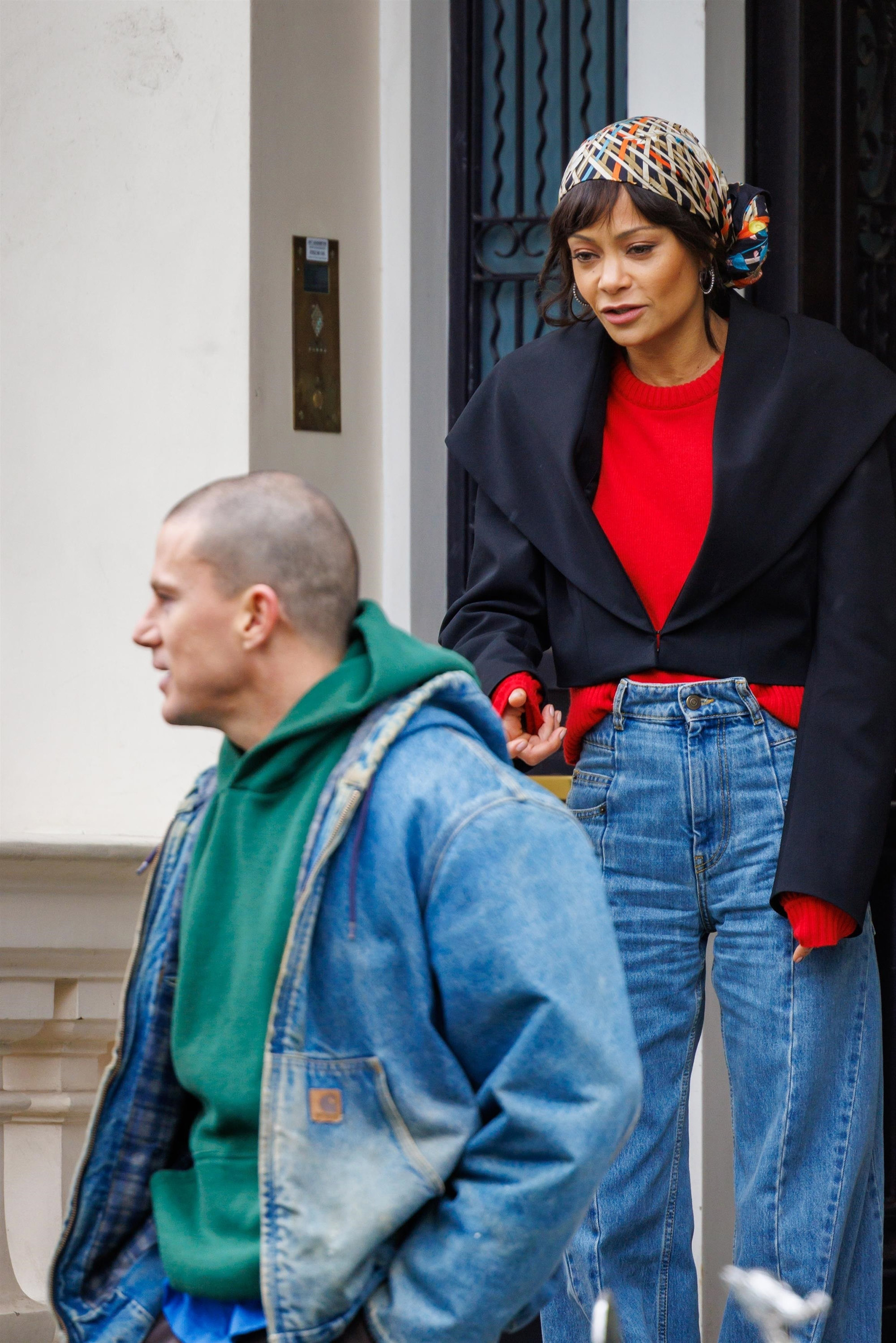 A Hollywood insider told Page Six that Newton had been behaving “erratically” on the set of “Magic Mike’s Last Dance,” alleging: “Thandiwe had been acting strangely on the set … enough that producers were worried about her state of mind.

“She just didn’t seem well at all, and there were fears about her mental health.”

The insider said the actress’ team was also concerned after Newton commented on an April 3 Instagram post from pal Kristen McMenamy, which showed the supermodel with a gun to her face. Newton commented: “Yes all day.” 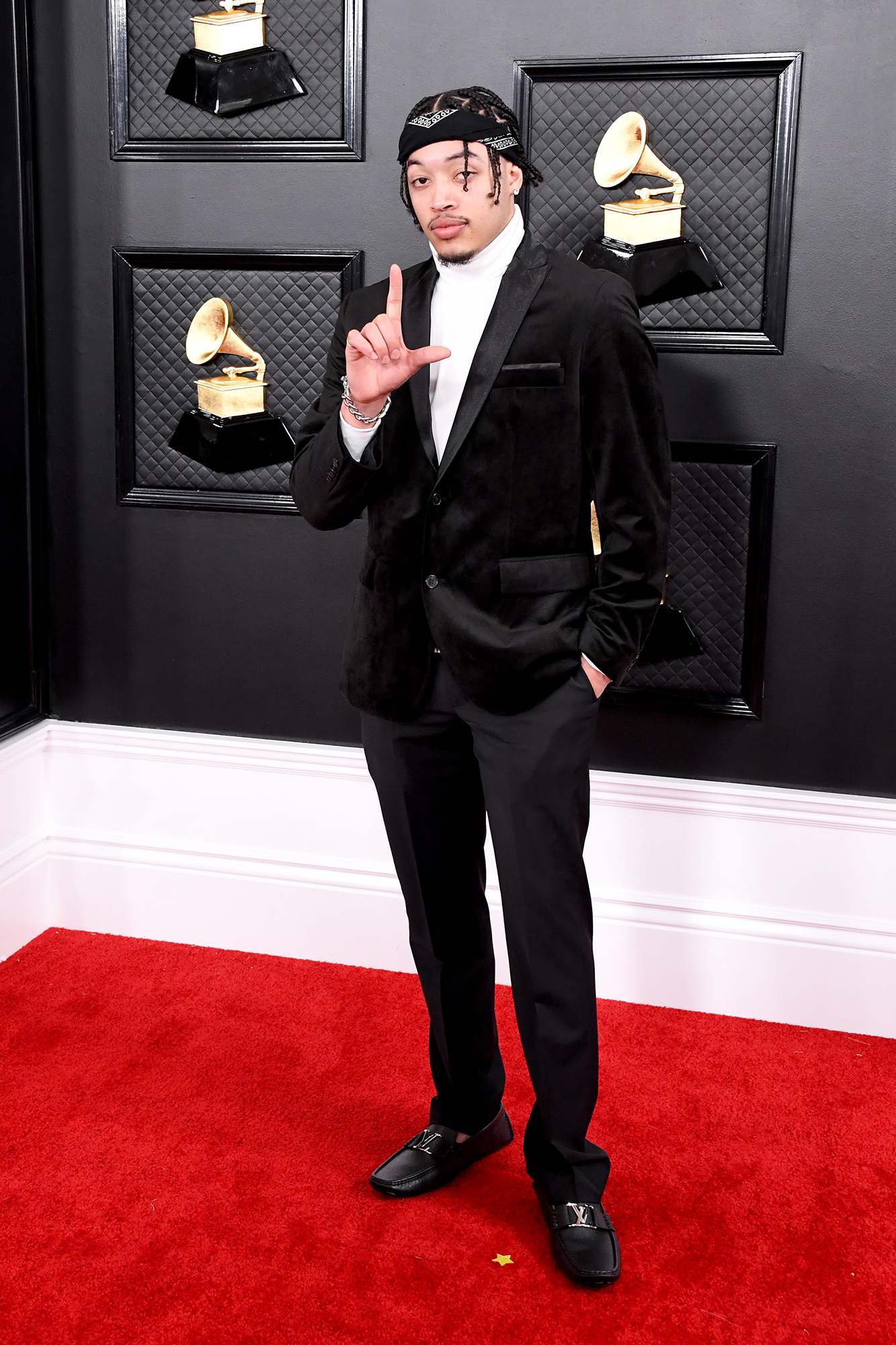 Those close to Newton reportedly wanted her to leave for treatment immediately after exiting “Magic Mike,” and had suggested the Meadows in Arizona. But Newton wanted to stay in London because Dias was visiting, the insider claimed.

“Thandiwe’s team wants her to go to rehab for mental health support,” the insider added.

Newton and Parker, whose credits include directing 2018’s “Mama Mia! Here We Go Again,” have not been seen together in public since they attended the Season 3 premiere of “Westworld” in Hollywood in March 2020; Newton played robot brothel madam Maeve Millay on the HBO show.

The actress has since shown up solo for the premieres of “Reminiscence” and the 2022 movie “All The Old Knives.” 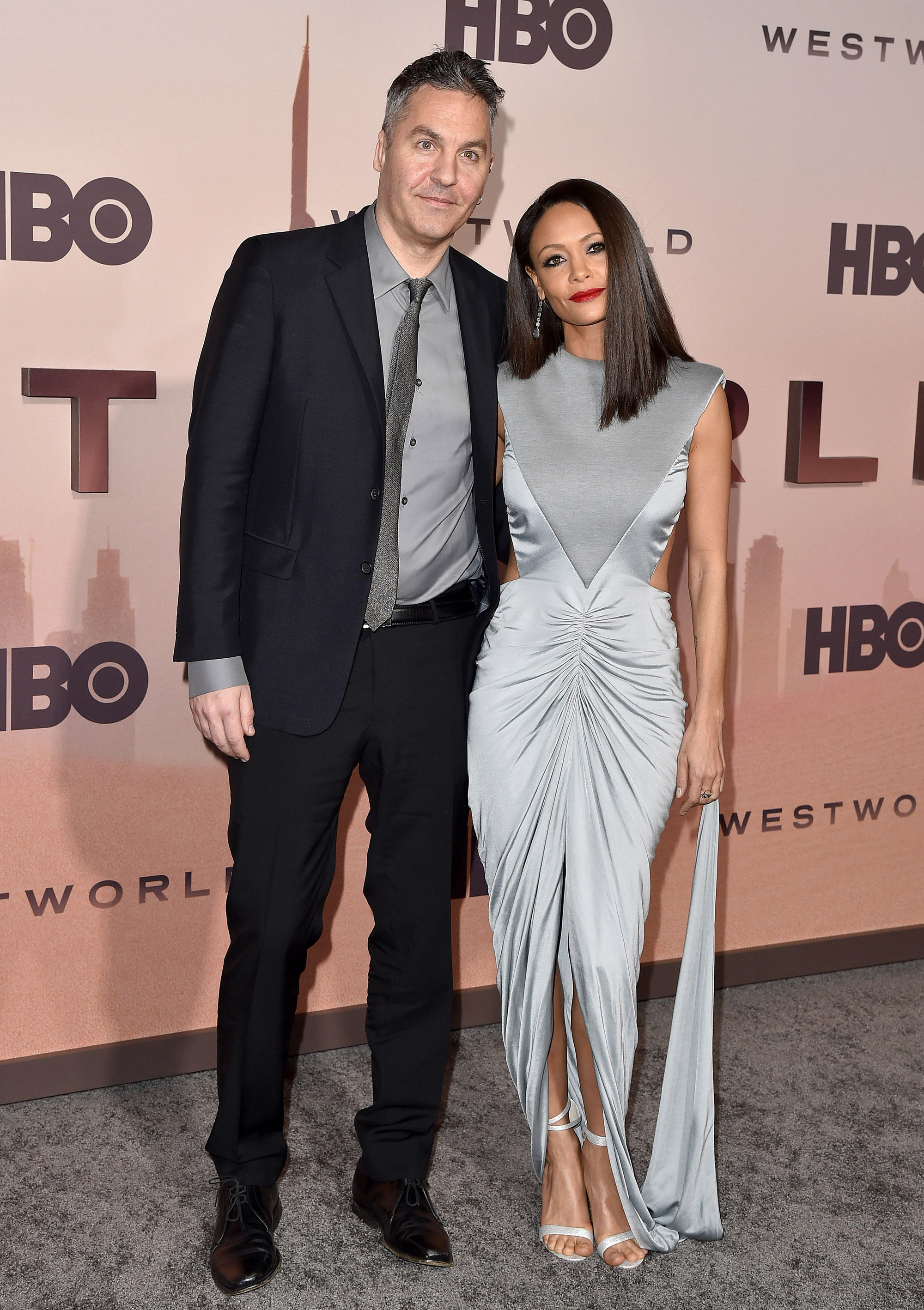 They are not believed to have filed for divorce, although one London showbiz source claimed: “I know that Thandiwe and Ol have been struggling for a while. Ol’s scene is more hanging out with Brits and fellow writers like Richard Curtis [‘Notting Hill,’ ‘Bridget Jones’s Diary’]. He has a low-key life.”

Parker was photographed without his wedding band Tuesday in London.

Another source familiar with the situation confirmed that Thandiwe had fired her UK agent of three decades, Sally Long-Innes, at London-based agency Independent Talent Group. Her US agent, Gaby Morgerman, is said to have flown to the UK to try and calm things down. 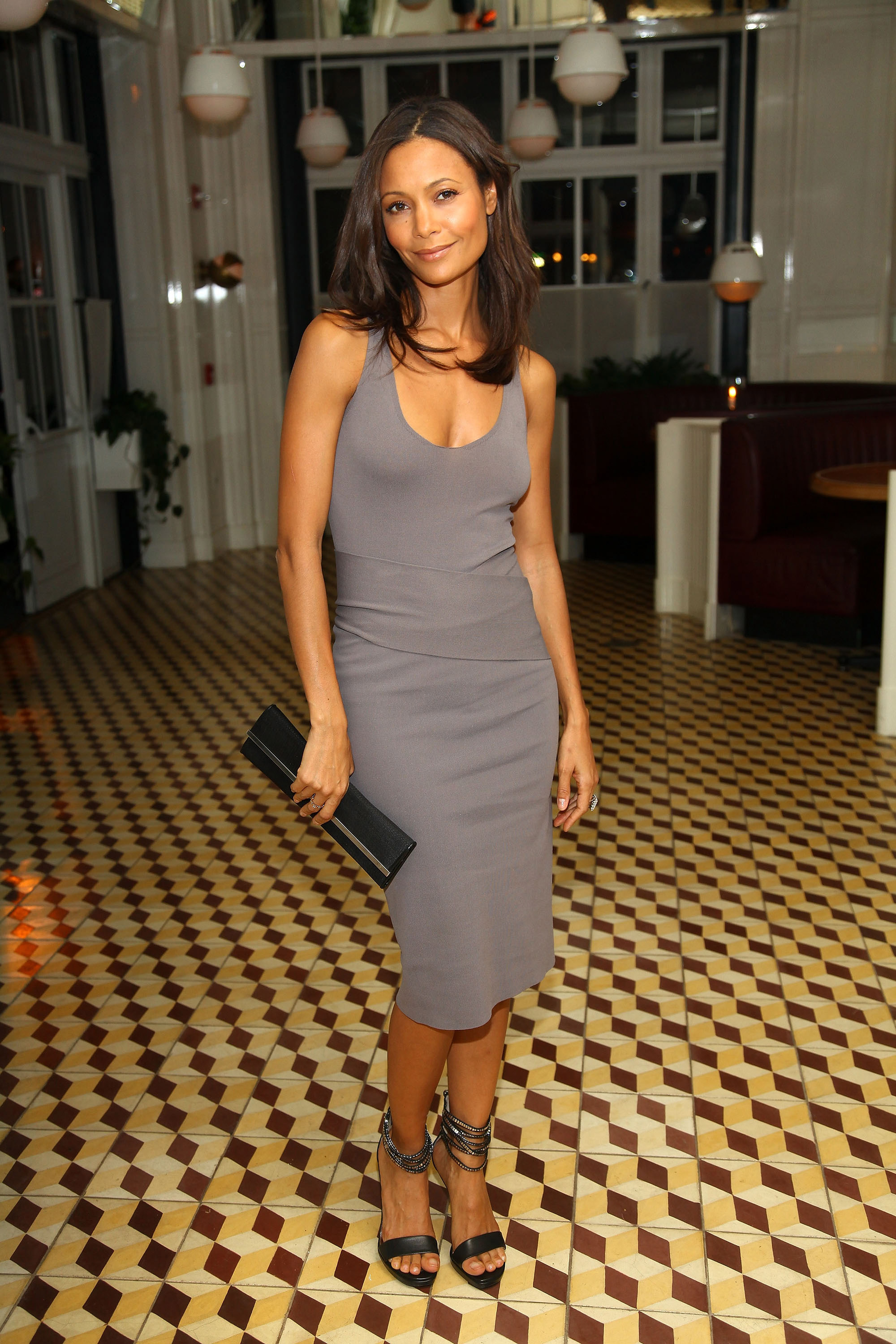 Long-Innes confirmed to Page Six that she was no longer working with Newton.

Newton is not yet believed to be at any treatment facility and was still active on Instagram Monday night, posting a since-deleted photo of a white dress by designer Zoe Buckman.

In a May 2021 British Vogue cover story, Newton made it clear that she was no longer playing the Hollywood game. 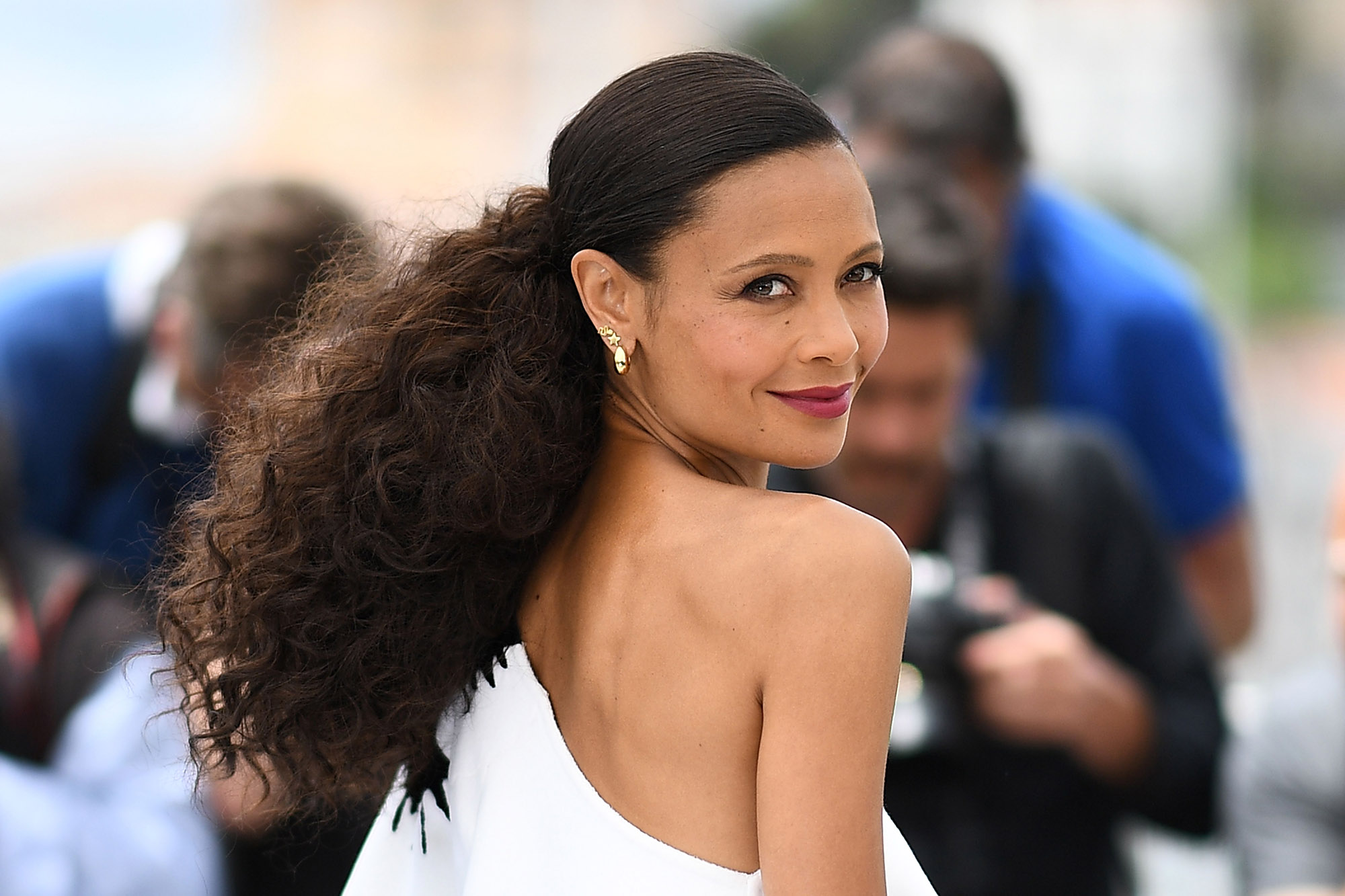 The star, born Melanie Thandiwe Newton, revealed she was changing her screen name from Thandie back to Thandiwe, which means “beloved” in Zulu. It was originally changed in a mis-spelling in the credits of her first movie, 1991’s “Flirting,” and had stuck ever since. Her mom, Nyasha, is a Zimbabwean princess and healthcare worker, and her dad, Nick, is a lab technician from Cornwall, England.

“That’s my name. It’s always been my name. I’m taking back what’s mine,” she told the magazine.

Thandiwe also spoke openly about the abuse she received as a young actress, dating her “Flirting” director John Duigan when she was just 16 and he was 39. 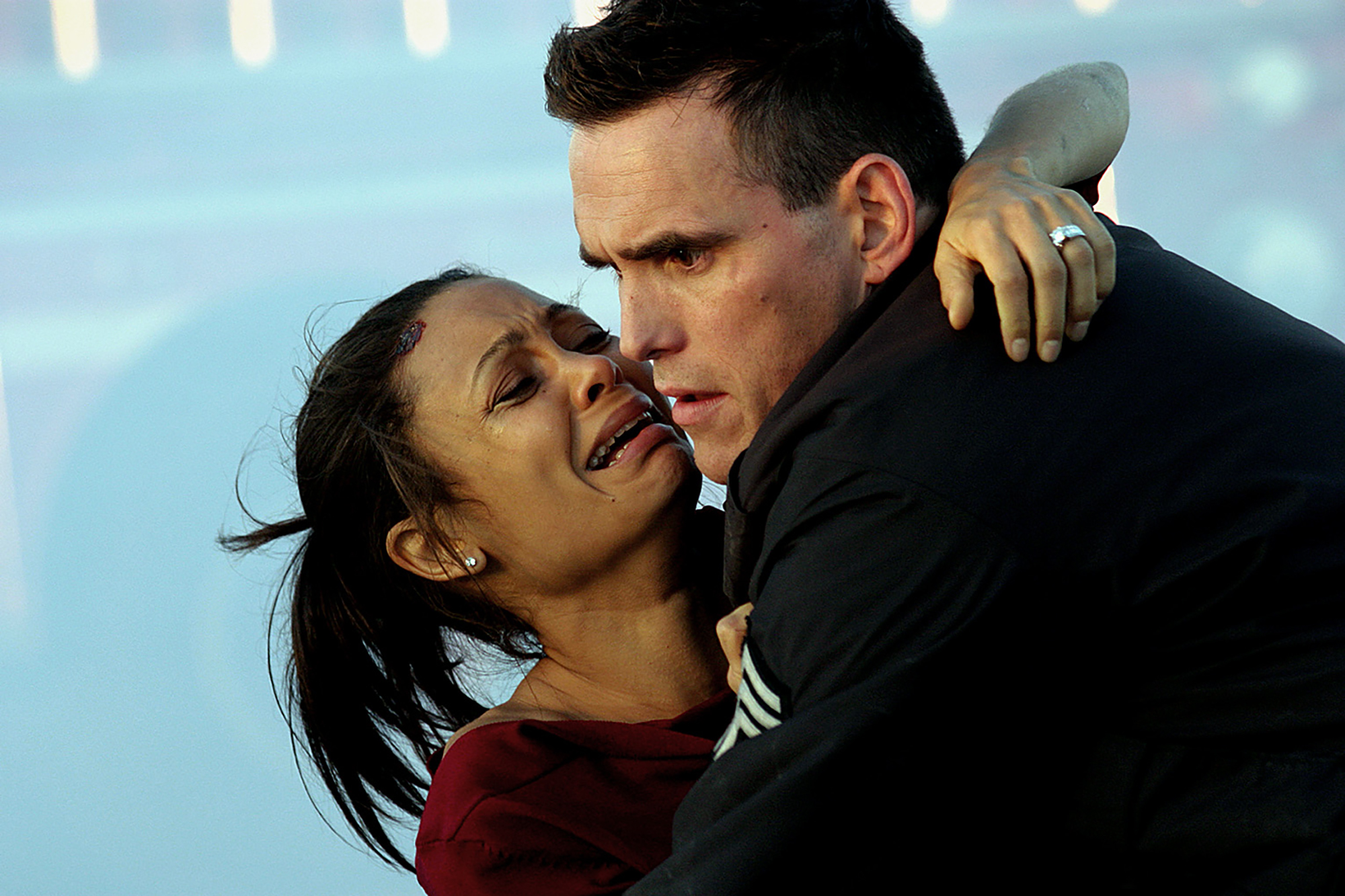 “If passers-by questioned with their eyes what this older man was doing with this young girl, he would tell her they were being racist, towards her, and she believed him,” Vogue reported.

“It was textbook, really boring textbook,” Newton told the magazine.

At 20, Newton left the relationship and studied anthropology at Cambridge University, but made two more films with Duigan out of shame and guilt for “abandoning” him, the actress said. She added: “He derailed me from myself utterly. I was traumatized. It was a kind of PTSD for sure.”

Newton told W how, when she was 18, “A director, on a callback, had a camera shooting up my skirt and asked me to touch my tits and think about the guy making love to me in the scene. Later, Newton said, a producer told her how the director had showed the tape to friends. 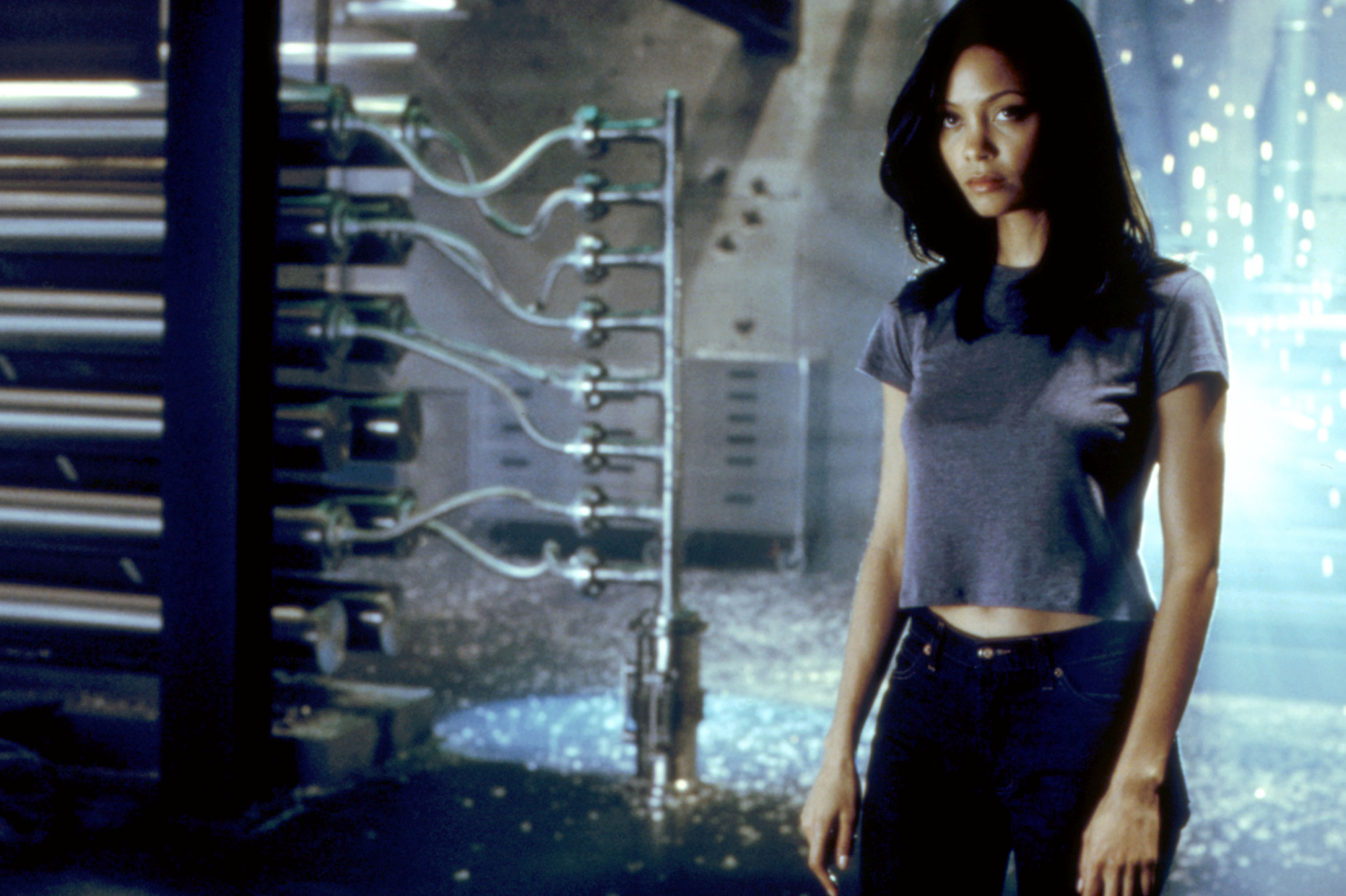 She also developed an eating disorder, telling Vogue that it almost killed her.

One night, just before the filming of “Gridlock’d” in 1996, she told Vogue: “I was lying in bed, so thin, and my heart was beating against my ribcage so hard that I could see it, and my friend Jessica called. I said ‘Jessica, I’m worried I’m going to die.’ And that was it. I suddenly realized there was something very, very dangerous and dark within. She said, ‘You’ve got to go and talk to somebody.’”

The actress revealed that she has undergone therapy, including the Hoffman Process which aims to help attendees “unlearn” negative behaviors. 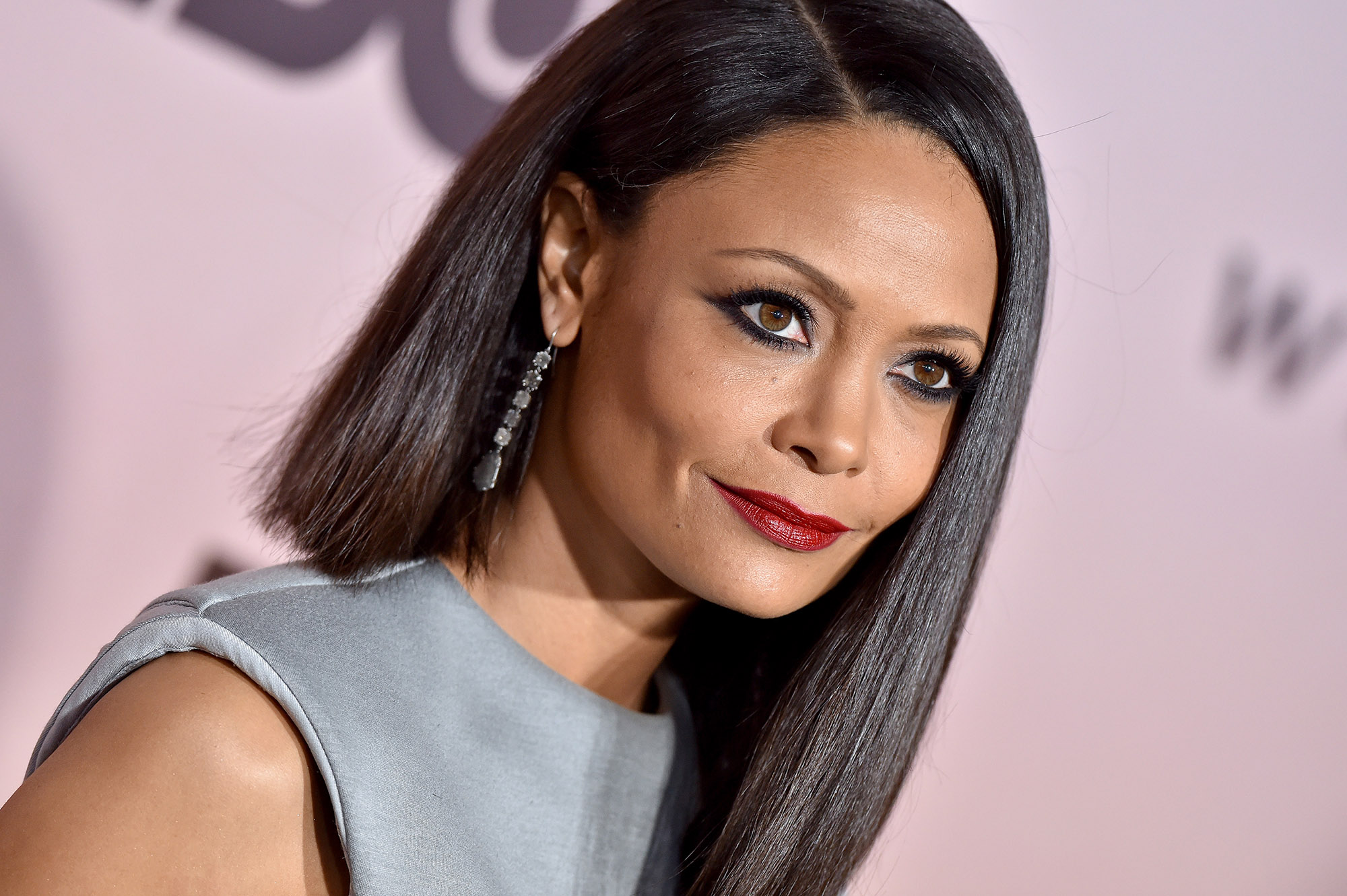 Over the years, she has reportedly lost out on roles because of her refusal to play to racial and sexual stereotyping, such as 2000’s “Charlie’s Angels.” Newton quit, she has said, after she was told by Sony studio head Amy Pascal, “’Maybe there could be a scene where you’re in a bar and she gets up on a table and starts shaking her booty.’ She’s basically reeling off these stereotypes of how to be more convincing as a black character.”

Pascal has said she does not remember this, but Newton was replaced by Lucy Liu. After the release of “Beloved,” the actress was asked by a South African Hollywood Foreign Press Association journalist, “Will you sign my magazine in African?” and this made her rebuff the organization, which puts on the Golden Globes, for years.

In February, Newton came under fire for an interview with Sky News to promote the movie “God’s Country,” during which she burst into tears as she apologized to “darker-skinned actresses” for “taking their roles.” 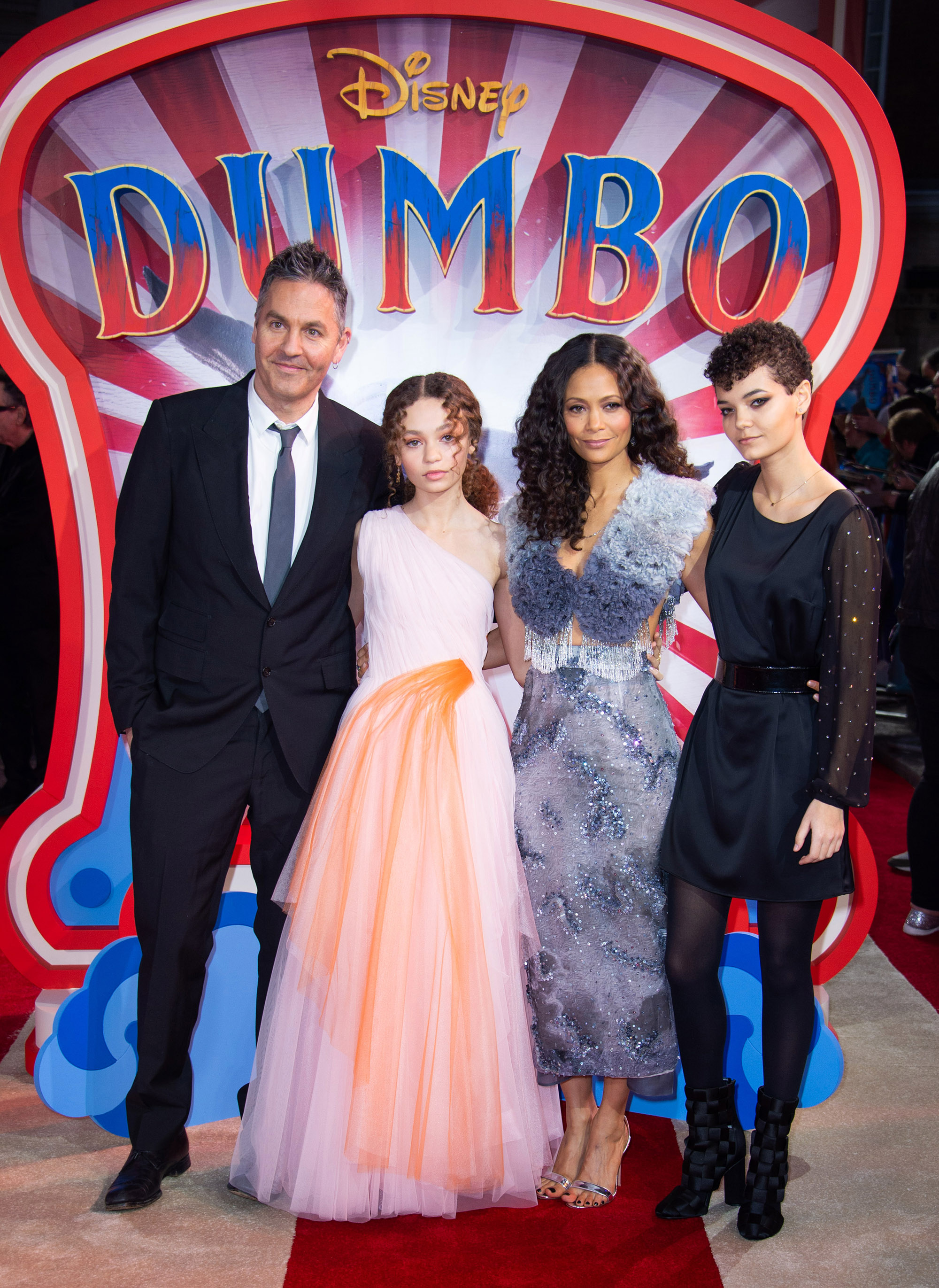 Her Hollywood experiences have made her not just protective of herself, but also her children. Her daughter Nico has already had lead roles in “Dumbo” and “The Third Day” and has been filming HBO’s “The Last of Us.”

“I went to every photo shoot with her,” Newton has said. “If there was an issue with the photographer, if there was inappropriate language I was on it, didn’t give a f–k what anyone thought. When it was time for her to get an agent, I spent a month auditioning for one, even though I knew half of them.”

Her eldest, Ripley, has just been commissioned by Netflix for the semi-autobiographical series “Fuck it Bucket” which could lift the lid on the family’s life.