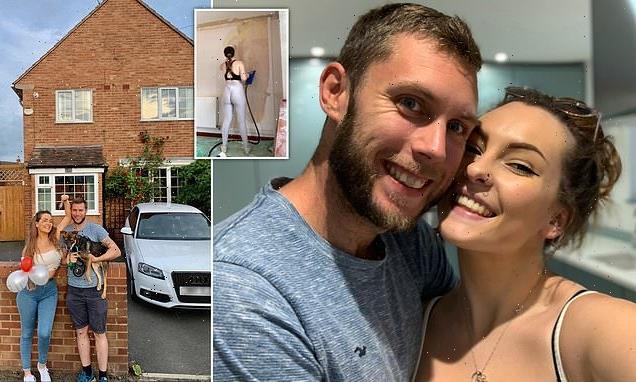 Teenager who’s been saving since the age of 15 and worked THREE jobs to fulfil her dream of buying a house before her 20th birthday gets keys to £217,000 home with her boyfriend – after putting aside £14,500

A new home owner has revealed how she made her first step on the property ladder aged just 19 – after working three jobs to raise £14,500 towards a deposit.

Cash-conscious Heidi Lindsay, now 20, from Malvern, Worcestershire, snapped up her first home with her boyfriend Sam Bradley in July this year, after saving since she was still at school for her first home.

The finance assistant, who posts about her property buying journey on TikTok, and her partner, 29, snapped up the £217,000 home in July after putting off plans to buy even earlier because of the pandemic.

The house, which boasts three bedrooms, two bathrooms, a conservatory and a large driveway to fit two cars, needed sprucing up and the couple have already managed to put in a new bathroom and overhaul their bedroom – spending just £4,000. 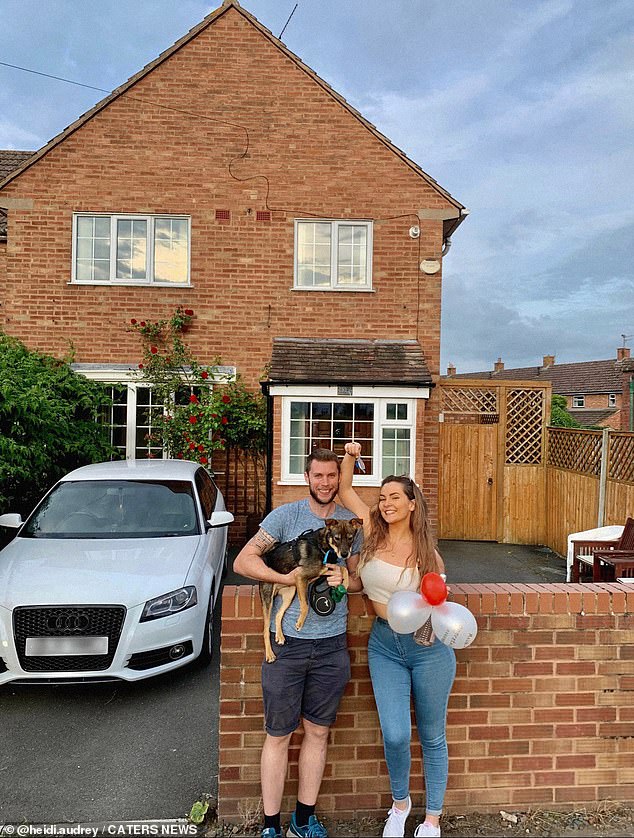 Heidi Lindsay snapped up first home with boyfriend Sam Bradley before 20th birthday. The couple paid £217,000 for three bedroom home in Malvern, Worcestershire, with Heidi paying £14,500 of her own money towards the £25,000 deposit needed 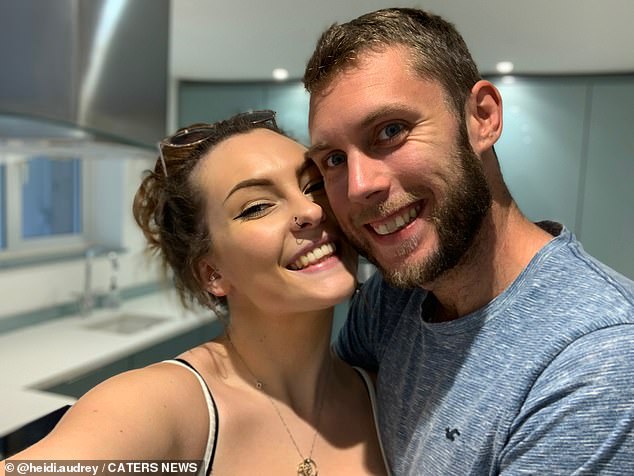 On that ladder: Heidi says she can’t believe she’s already bought her first home but says she’s been saving since her mid-teens – and worked three jobs at 17

She said: ‘It is sometimes still hard to believe I have been able to buy a home so young.

‘It has been a long journey to get here with a lot of hard work involved along the way, but I am incredibly happy with what I have achieved with Sam.

‘It is down to our hard work and saving, and also the help of our families that we have been able to do this.’

Heidi has been working since the age of 15 and saving money in the hopes of one day being able to achieve this goal.

‘By the time I was 17, I was working three jobs which would often have me working from 9:00am to 1:00am the following day.

‘I moved to a new job at the start of 2021, and which allowed me to earn more money and I passed my probation so I am able to begin my training to become a full time accountant.’ 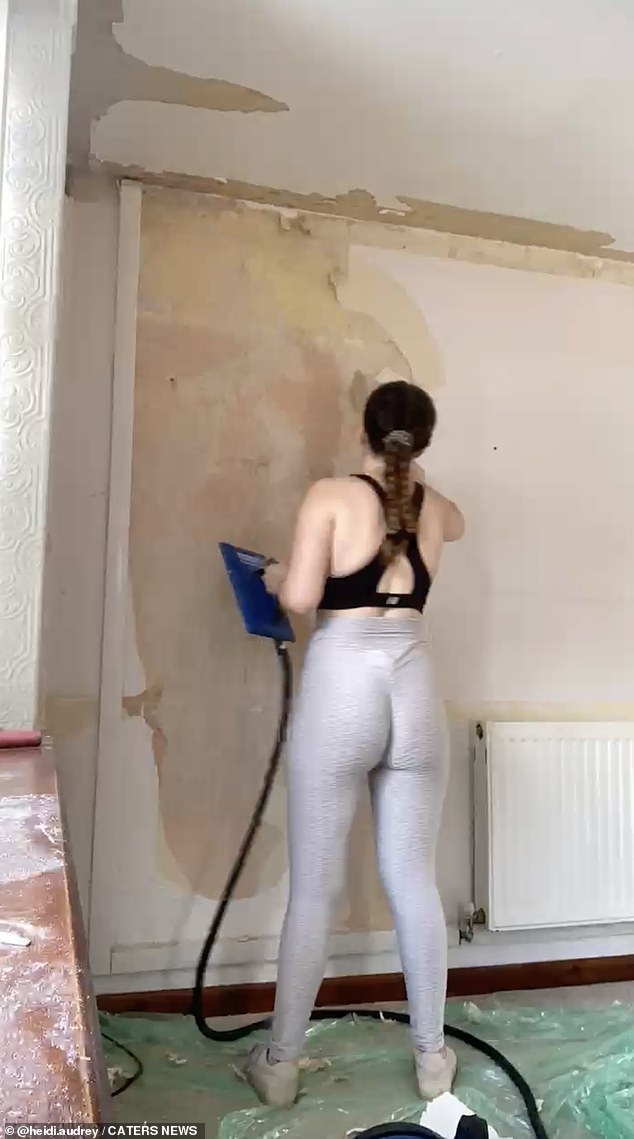 The couple have done most of the renovations themselves, enlisting the help of family and hiring sanders to smooth out floors and walls – meaning they’ve saved thousands on costly renovations

The couple were looking for house since the beginning of last year after becoming tired of renting, but various complications made the process difficult.

Heidi added: ‘We started looking to buy last year but the pandemic made it so unrealistic.

‘Sam started a new job as a recruitment consultant and was almost immediately furloughed; I was also furloughed, and we just realised that it was not going to be possible at the time.’

‘It gave us more time to save, but the disappointment was so strong because we were unhappy throwing our money down the drain on extortionate rent.’

In April this year, they decided to try again and began looking for homes in the Malvern area.

She explained: ‘My partner grew up in the area, so we knew that is where we wanted to settle, but we were not optimistic about finding something. 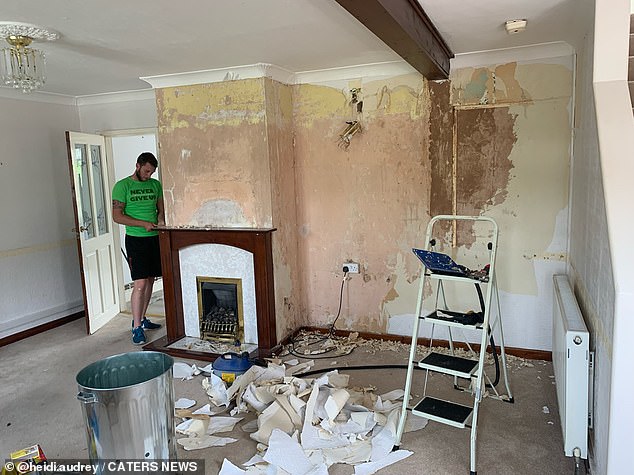 Sam pictured in the property’s living room; the couple were planning to buy even earlier but the pandemic put off their dreams for a year 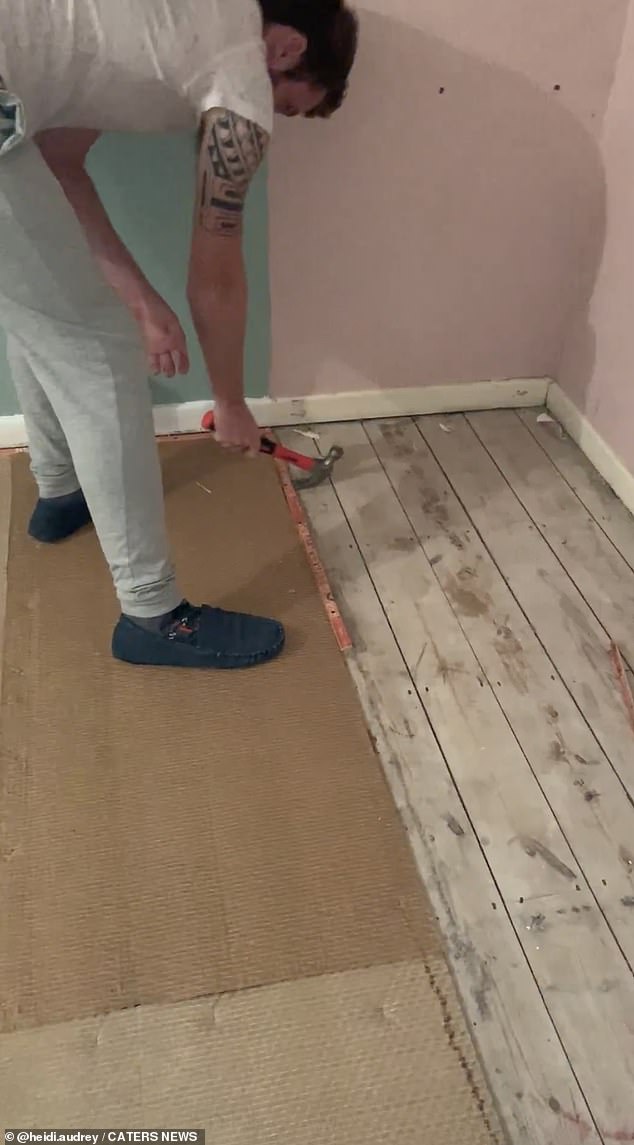 DIY: Sam lifting carpets in the home before they sanded the wood floors underneath

‘We had five viewings booked and three were quickly cancelled due to the house being bought and the house we are in now had 40 viewings which made us lose all hope before we had really started.

‘We did not want to admit defeat and put our first offer in which was declined and then we were called asking for our final offer and Sam blurted out our maximum offer which they accepted.

‘Even though it was not what we wanted to pay at first, the feeling quickly left, and we were just so excited.’

The couple have since been working on the renovations and are currently still in the thick of the redesigning process.

Heidi said: ‘We didn’t realise how big the renovations would be, but at the same time it is to make our house the way we want it, so we have been more than up for the task.

‘When we moved in, we didn’t take any time off of work and would often be using our evenings to move everything across which took about two weeks.

‘At the moment, we work until stupid hours in the morning on the house to get it the way we want it.’

Heidi shares her home transformation journey on TikTok at @heidi.audrey and the couple say they have also managed to save a lot of money by taking on the vast majority of the labour themselves. 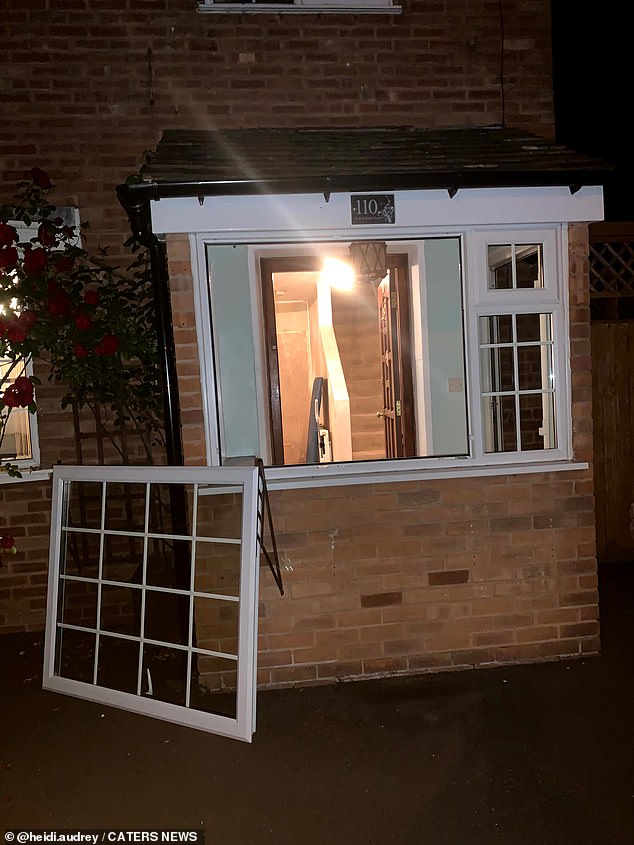 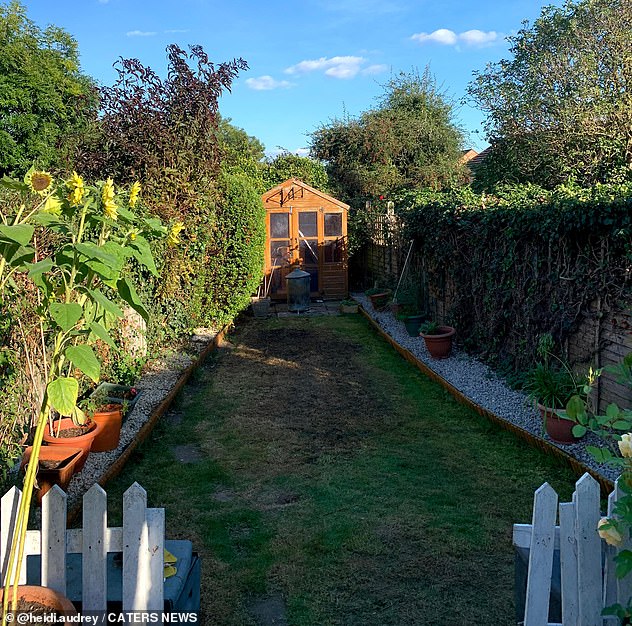 The property also has a garden, which they’ve spruced up using pots and making pretty borders – Heidi shares the couple’s renovation journey on TikTok

She added: ‘The renovations have cost about £4000 so far which has got us a new bathroom, a new bedroom, a new sofa, all the wallpapering, sorting the floors and a lot of smaller things in between.

‘We have saved a lot by not splashing out on hiring people and taking the work on ourselves, our bathroom was helped out by my partner’s dad, all the walls we have done ourselves and we hired a sander for the floors for only £30.

‘It is a real tightrope to save money and still not miss out on how you want your home to look but we have managed so far.’ 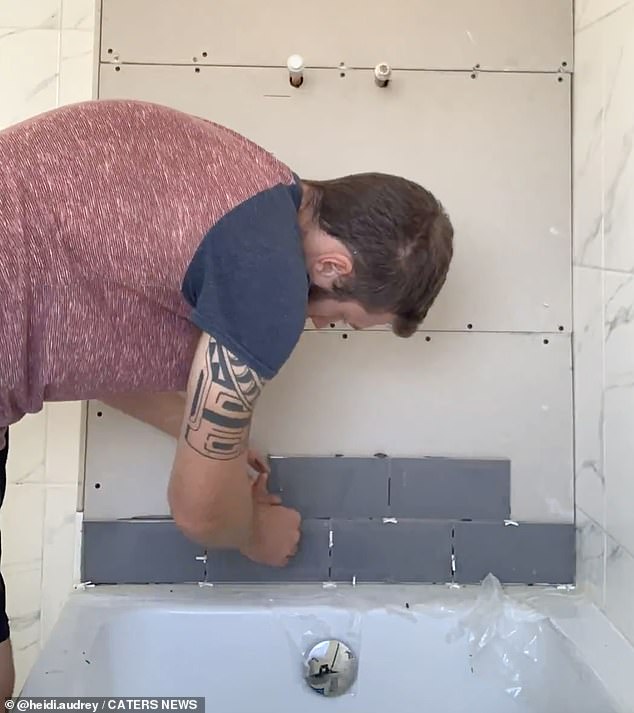 Their renovations so far include a new bathroom, which Sam tiled himself to keep costs down

Heidi believes that anyone interested in getting on the property ladder at an early stage should not be afraid to make the jump after researching their options.

She said: ‘ I think my experience shows that it is definitely an achievable goal if you are prepared to work hard and are aware of the process.

becoming a homeowner which you always need to consider.

‘Just make sure you have a credit history and the proper savings, and the process will be a lot less stressful.’