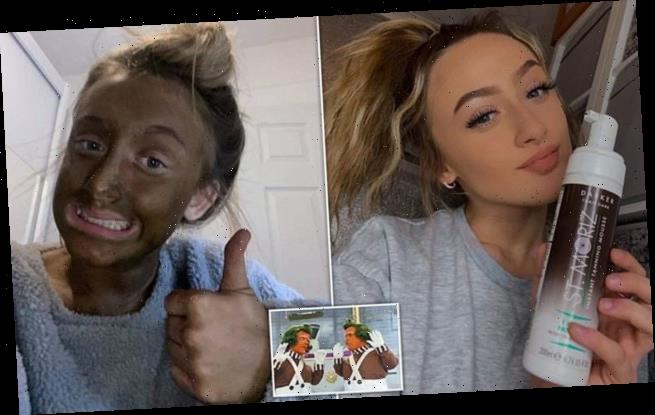 Doompety don’t! Mother reveals how daughter, 13, who was left looking ‘like an Oompa Loompa’ after accidentally grabbing the wrong shade of fake tan

A mum filmed herself cackling at her tan-loving teen’s beauty fail when she transformed herself into an Oompa Loompa – after picking up the ‘Darker Than Dark’ shade by mistake.

Usually fair-skinned Keira Domachowski was filmed by mum Carole Rees, from Tonypandy in Rhondda, as she wandered through the living room waiting for the product to develop earlier this month.

In the clip, make-up artist and beauty influencer Carole calls her daughter into the room and cracks a Muttley-style laugh at the pyjama-clad 13-year-old while quizzing her on what she’s used.

Mortified at being filmed, Keira covers her face declaring ‘don’t film my face ’cause it’s weird’ before flashing a grin – as her extra-white teeth gleam against the tan cream.

Carole, 41, captured the hilarious footage minutes after Keira had slapped on a layer of St Moriz 1 Hour Fast Tan in shade Darker Than Dark. 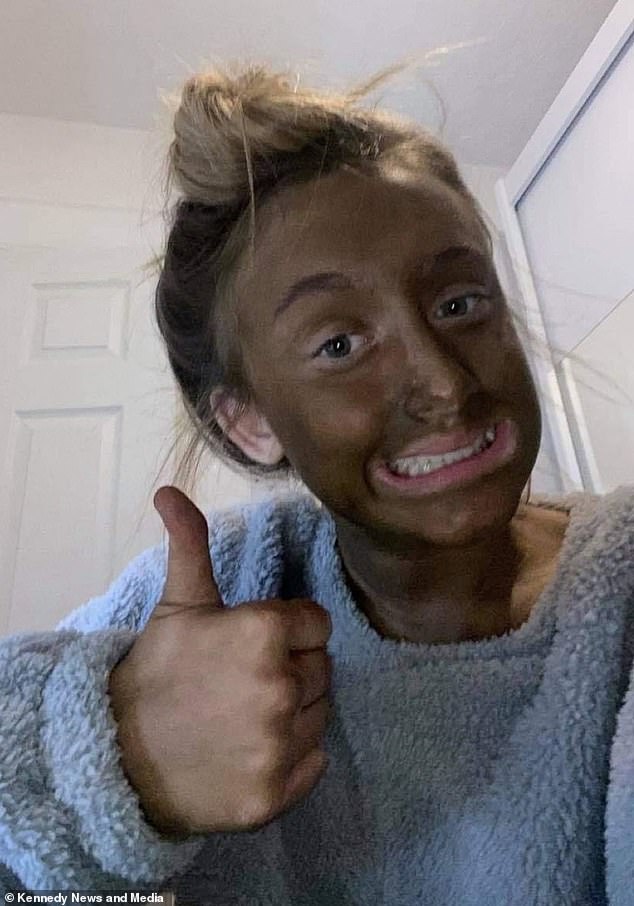 Beautician Carole, who was left in stitches by her daughter’s antics, filmed her as she wandered around the house (pictured with the fake tan product on) 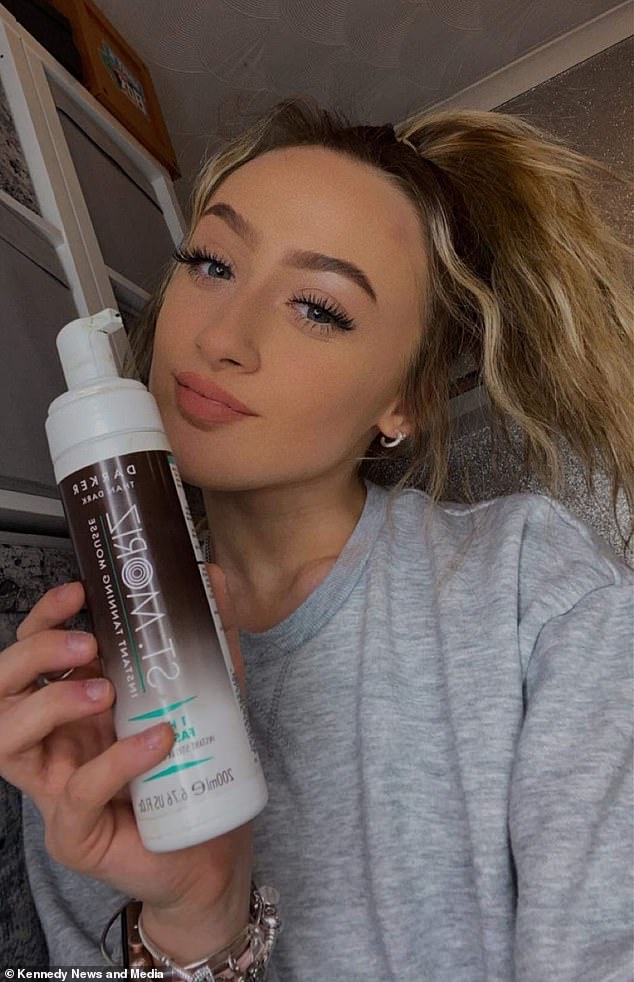 Keira Domachowski, 13, was filmed by mum Carole Rees, 41, from Tonypandy in Rhondda Cynon Taff, Wales, after applying a very dark fake tan to her whole body

The teen admitted she had grabbed the darker shade without realising, distracted by the fact it was quick-acting and would develop in just 60 minutes.

Carole said: ‘It was a disaster, she looked like an Oompa Loompa, I just couldn’t get over it.

‘Her face was just so dark and her teeth were gleaming. With her white teeth and white pyjamas, it was quite a contrast.

‘She knew her face looked bad because she said, “Don’t look at my face”. I said she was like an oompa loompa and all my followers were saying the same thing.’ 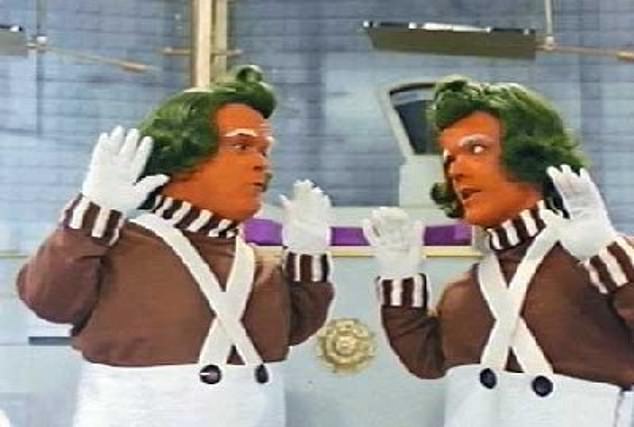 Carole compared Keira to the Oompa Loompa, the orange sidekicks from Roald Dahl’s Charlie and the Chocolate Factory (pictured in the 1971 movie adaption)

Since being shared on Facebook the funny 34-second clip has gone viral racking up more than 2,000 likes, shares and comments.

In the video Carole can be heard shouting Keira into the room before being taken aback at her unusually dark glow.

In the clip Carole says: ‘Put that light on! What have you done? Oh my god! What colour is that?’

Carole says: ‘Oh god Keira, I think it’s a bit dark love. Do you like her tan, girls? Yay or nay?’

The mum-of-three said Keira had become really interested in beauty over the last year, and has been trying out fake tan during that time. 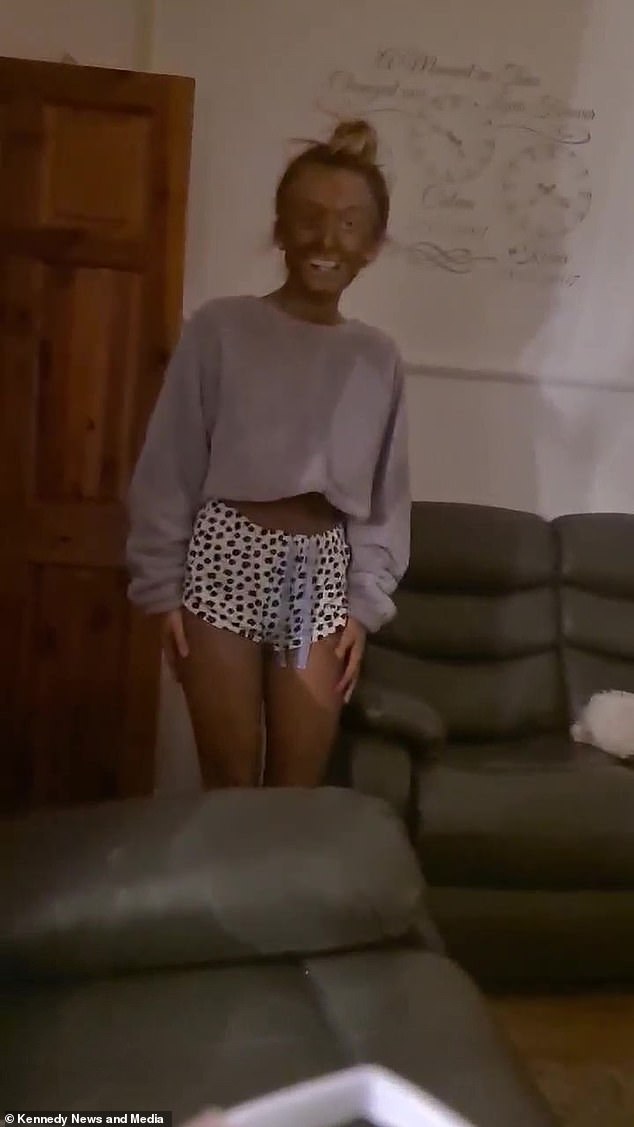 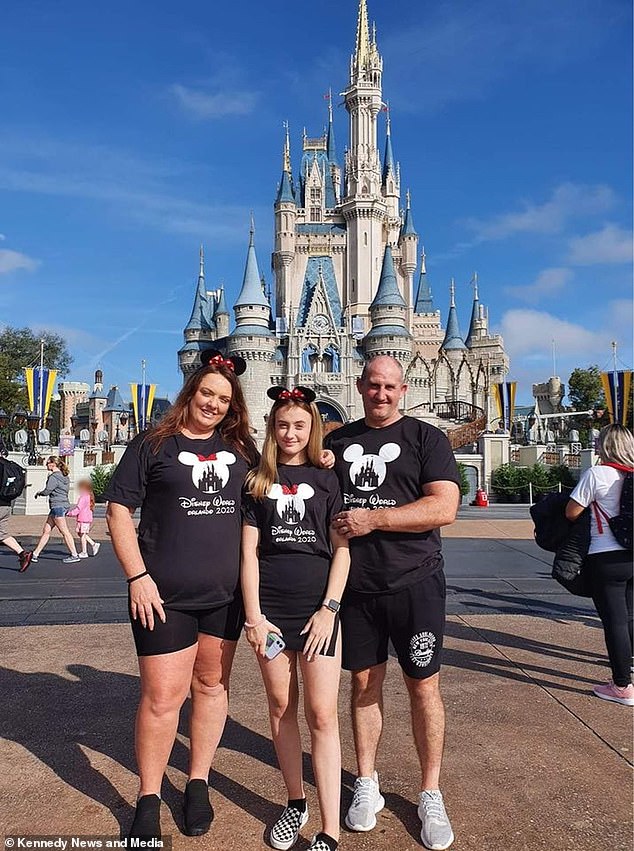 Carole, Keira and her father Shane Domachowski, 44, during a trip to Disneyland World in 2020 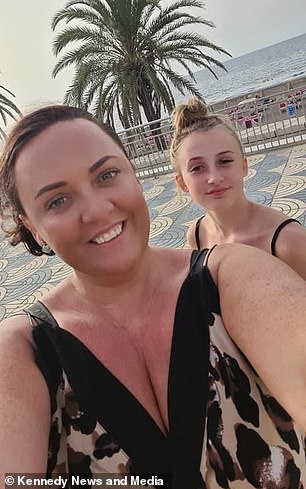 The teen has been experiencing with fake tan throughout 2020. Carole said the latest tanning incident was ‘lockdown madness’

Carole said: ‘Keira’s been fake tanning for about a year and she says to me “Mam it’ll be alright when I wash it off”.

‘This time she came down the stairs and I’m like ‘oh my god what have you done?’ She says to me: ‘Mam don’t look at me now, look at me in the morning’. She’s funny she is.

‘She doesn’t do it all the time, she does it for special occasions, but this time it was random – it was lockdown madness.

‘I couldn’t believe the colour she was after it, thankfully it turned out really nice.

‘I know it’s a popular tan and a lot of the youngsters use it but it just looks horrendous when it goes on, it’s so funny. They’re all oompa loompas.

‘She left it on for an hour then had a shower and it looked a lot better then, thank god.’

Beauty lover Keira said she picked up the £2.99 product in Home Bargains.

Keira said: ‘I’m really into beauty stuff, I love it.

‘I didn’t realise it was Darker Than Dark at first, I only picked it up because it was the hour-fast one. 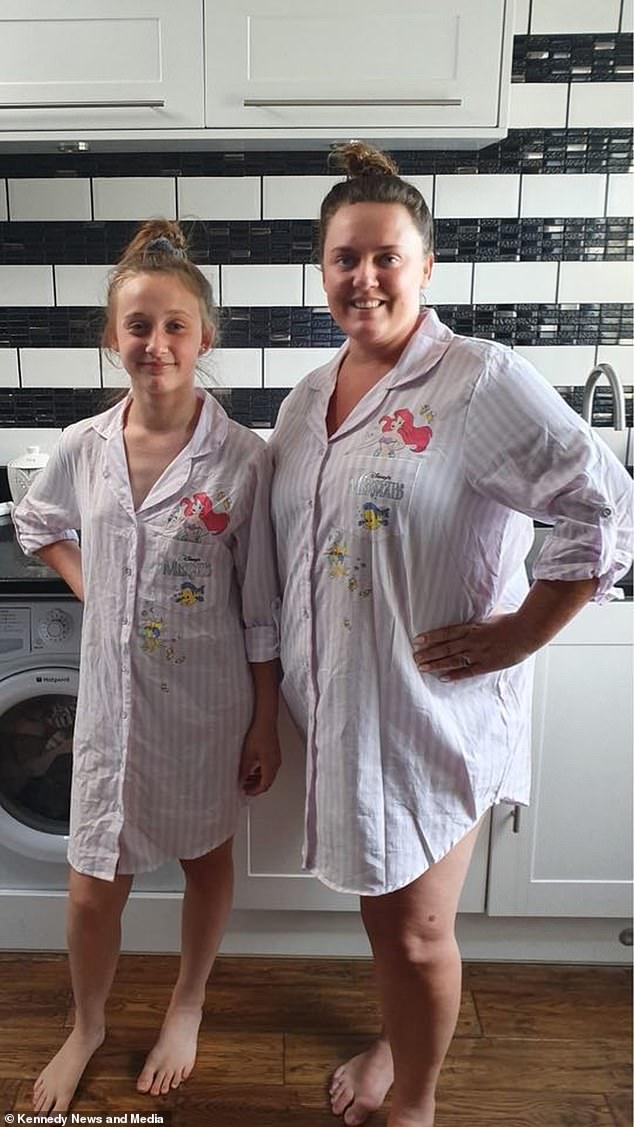 Carole and Keira sporting matching Disney nightgowns at home during lockdown. Carole said she was relieved that the tan turned out really nice 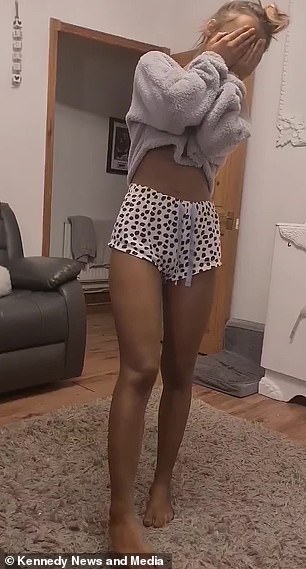 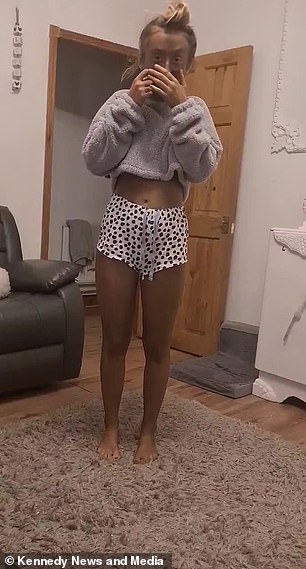 Keira, pictured, hid her face and pleaded with her mother not to look at her in the video shared by Carole

‘Usually I’m really impatient with fake tan and I end up wiping it off early anyway so I thought the hour-fast one would be better.

‘I got a bit of a shock when I looked in the mirror and saw how dark I was.

‘When I watched the video back I did think, “Oh no, what colour am I going to turn out?”, because it was only five minutes after I put it on. I’ve never been that dark before.’

After jumping in the shower, Keira said the extreme darker colour washed away and she was left with a natural-looking glow.

Keira said: ‘When I went in the shower it just fell off really.

‘The way I looked at the start, like an oompa loompa, I did think it was going to be horrific but it ended up a nice natural colour.

‘The colour lasted about five days, I would use it again but I’d leave it on longer as I know it’ll turn out nice.

‘It’s definitely not put me off tanning in future.’ 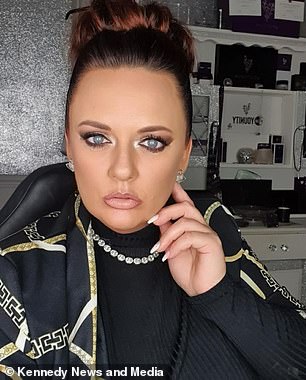 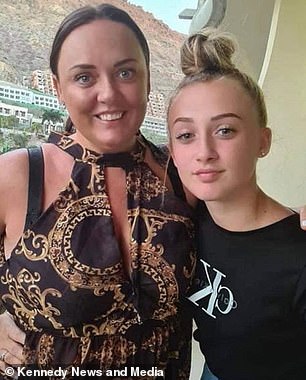 Carole, left, works as a beautician and Keira seems to share her interest in all things beauty products