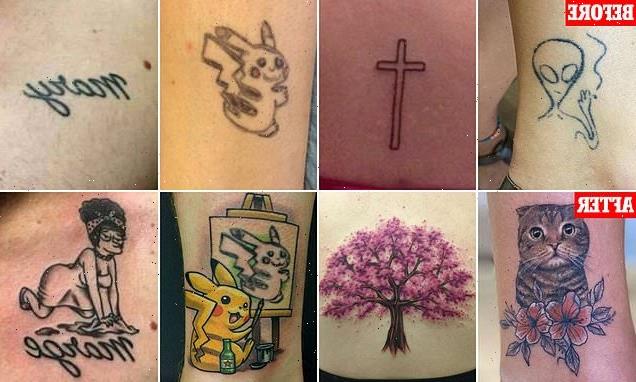 Tatt’s amazing! People reveal their incredible tattoo cover ups – including an alien transformed into an adorable cat and a cross turned into a tree

For some ink lovers, their tattoos are unfortunately a reminder of a not-so wise decision.

But thankfully, plenty of tattoo artists from around the world are skilled enough to undo their customers’ mistakes with a tasteful cover-up.

In a new online gallery complied by Bored Panda, social media users showcased some of the most stunning examples – including an alien transforming into a cat and a cross ‘growing’ into a tree.

Another cover-up sees a dedication to a ‘Mary’ being turned into a playful acknowledgement of Marge Simpson from the American animated sitcom The Simpsons. 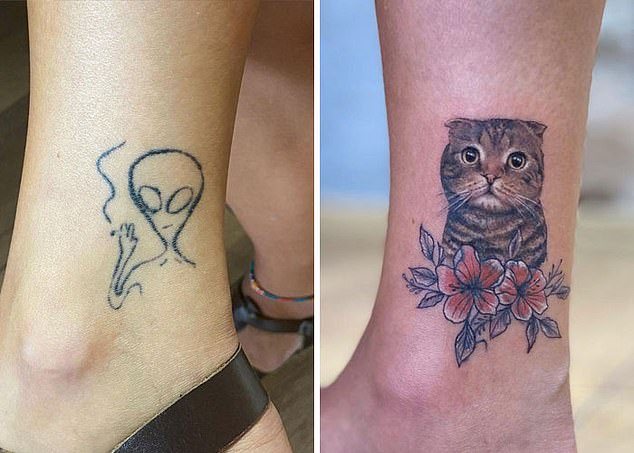 Creepy to cute: One social media user revealed how they’d covered up their alien tattoo on their ankle with an adorable kitten design 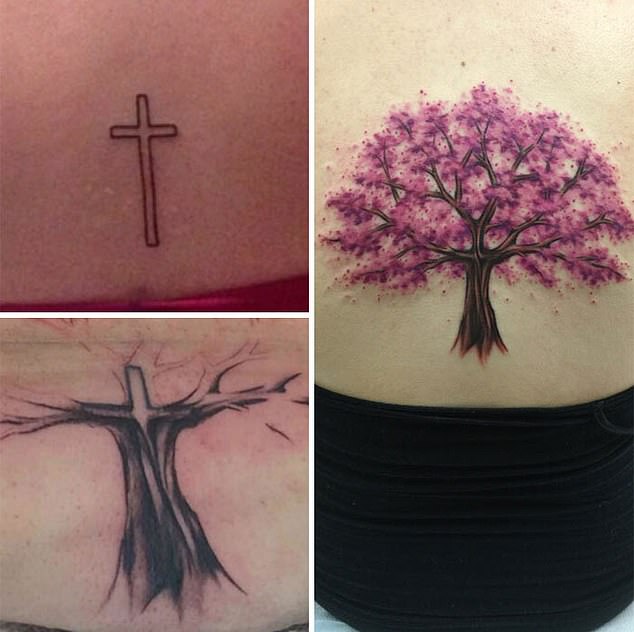 Tree-mendous! A cross ‘grew’ into a vibrant and blossoming tree in this remarkable cover up 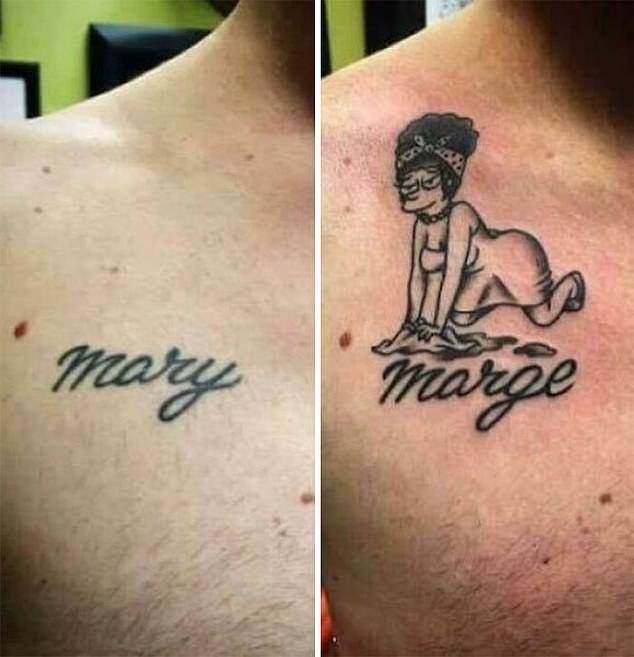 Move over Mary, Marge is in town! Another cover-up sees a dedication to a ‘Mary’ being turned into a playful acknowledgement of Marge Simpson from the American animated sitcom The Simpsons 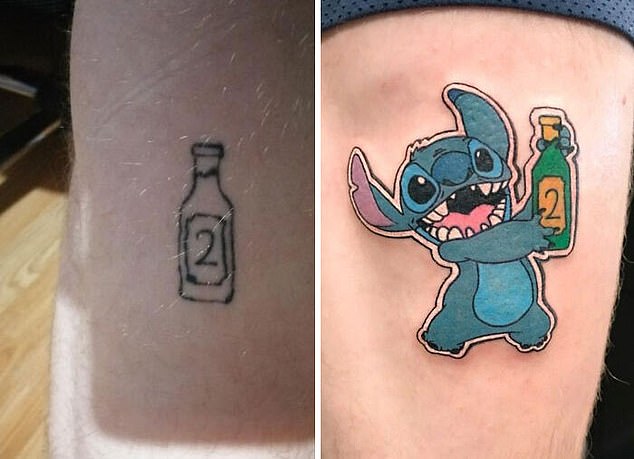 Adding to it: A boring bottle with the number two on it was turned into almost a side-note in a brilliant Stitch tattoo 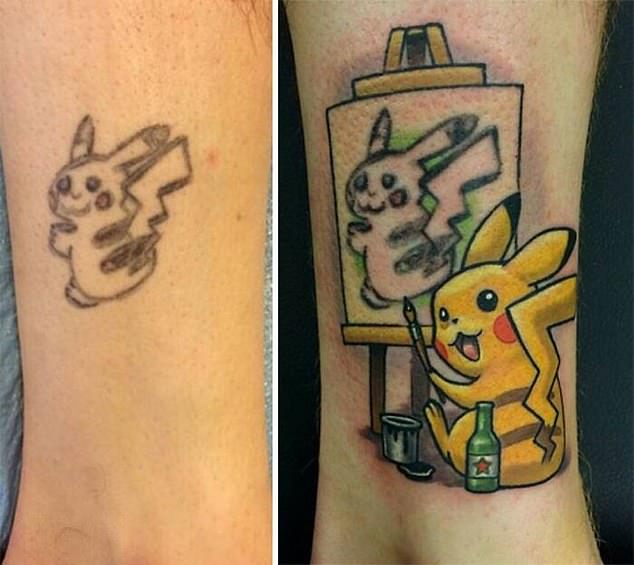 Double trouble: This clever cover up incorporated the original tattoo, with an artistic Pikachu from Pokémon seemingly drawing the badly designed version 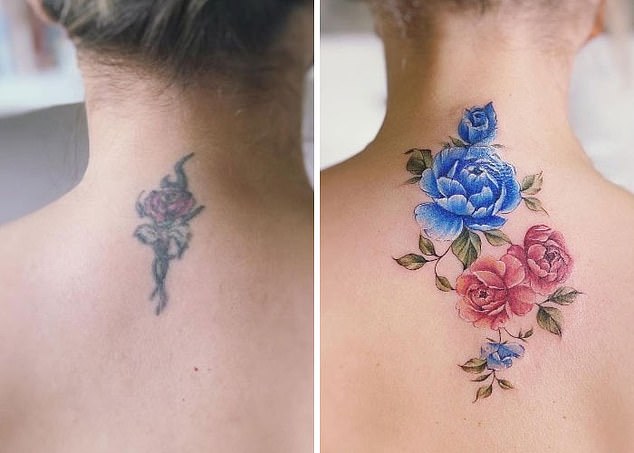 Bigger and better! A measly and dull flower was turned into a colourful and eye-catching collection of roses in this cover-up 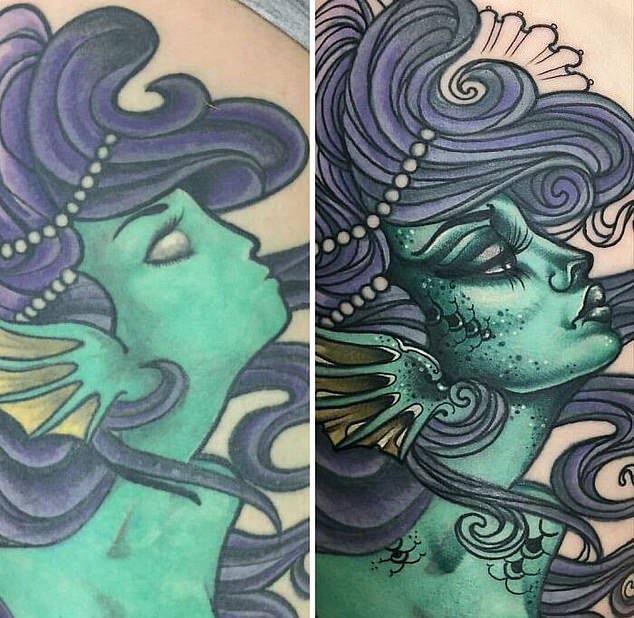 Adding a little glitz! This design was largely kept the same, however extra definition to the face was added as well as more shimmering features 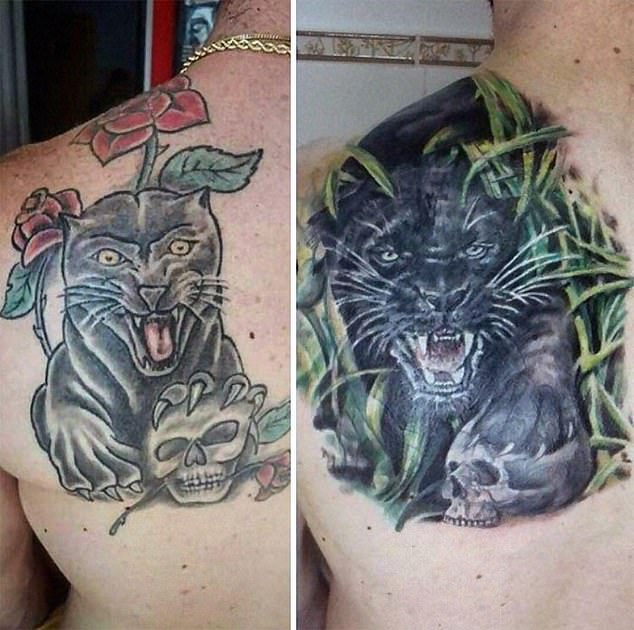 It’s only getting better! This panther was given an upgrade in this cover-up after more defining features were added 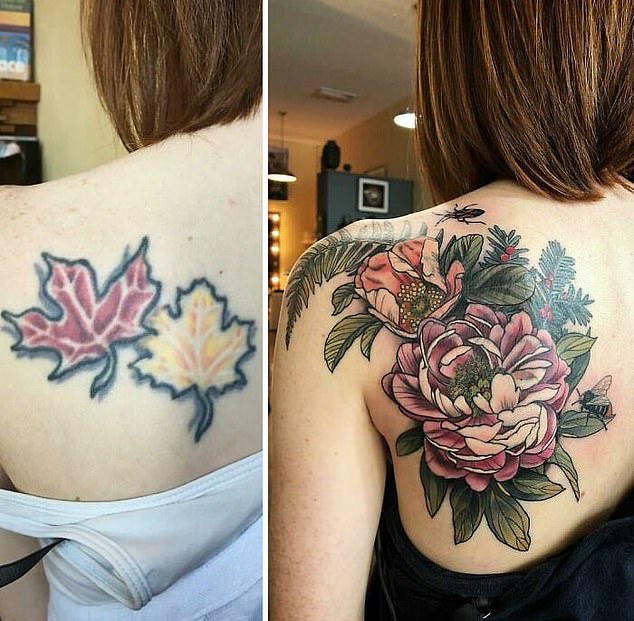 From autumn to summer: Lacklustre leaves were transformed into an impressive floral arrangement in this cover-up 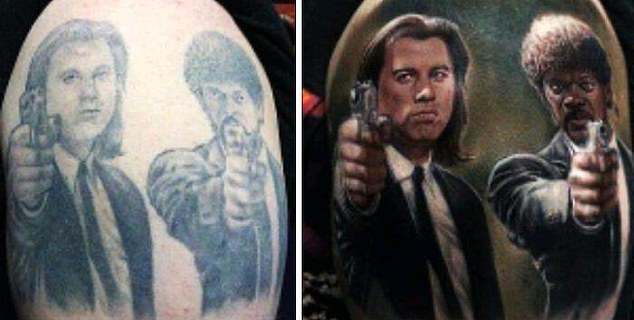 A dedication to Pulp Fiction’s John Travolta and Samuel L. Jackson were significantly improved in this cover-up, pictured 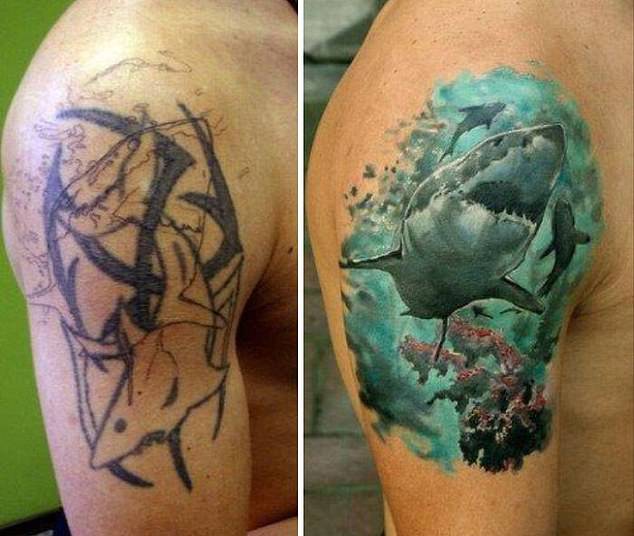 Upgraded: A once poor drawing of a shark was transformed into a detailed depiction in this astonishing cover-up 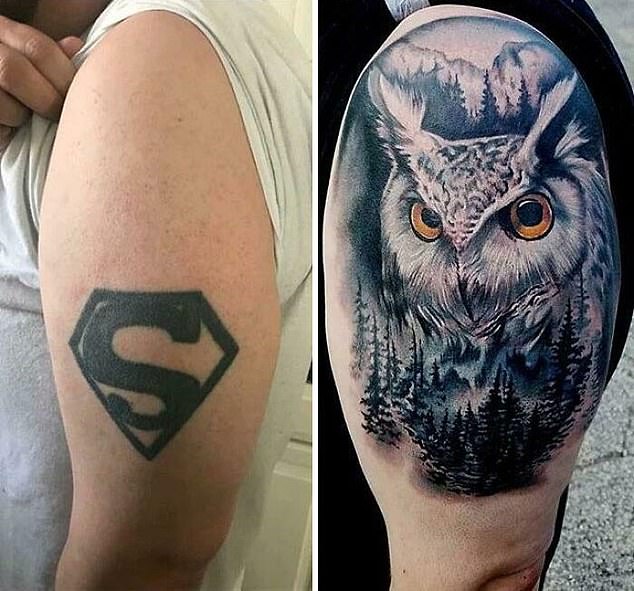 Superman won’t return! The superhero’s sign was covered up with a stunning sketch showcasing a detailed owl in a mountain range for this person’s tattoo