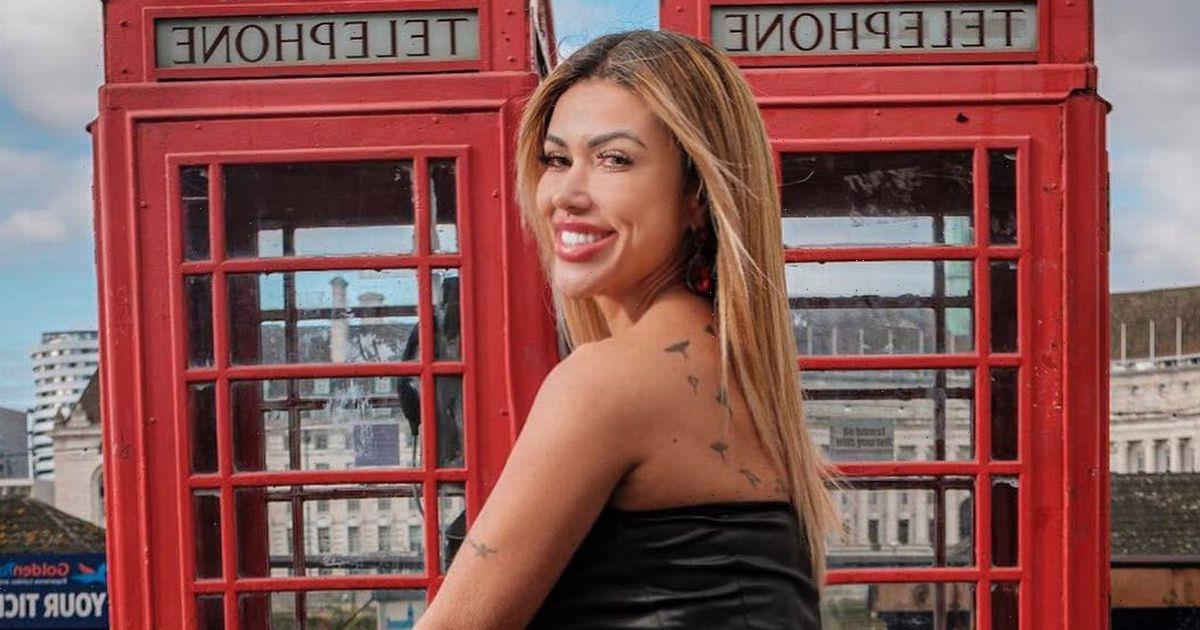 Cris Galera, 33, who is originally from Brazil but lives in London, first went viral after marrying and divorcing herself.

The bombshell boasts a huge following of 211,000 fans on Instagram where she's often showered with compliments from admirers.

And fans are really the best to her as one is offering a huge lump of money to have a tattoo of his name on her body.

The beauty has already spent around £3,999 ($5,000) on her ink and while she's considering the suggestion, she has a strict criteria.

She said: "He told me he has a fetish for tattooing his name on my body.

"I would consider it if I saw the man is really a fan of mine and not just because he has the money."

She added: "I will ask questions to find out if he really knows and admires my story.

Cris has 14 tattoos, including one down the side of her body which contains 150 letters from a song by a Brazilian composer.

But this isn't the strangest request the model has received and there's one in particular which pops up frequently.

The model continued: "A lot of people ask to lick my armpit but I still haven't done that."

Other shower her with compliments online with Cris leaving them hot under the collar with her racy snaps.

But just as she's strict with her tattoos, the model has a criteria for anyone hoping to win her attention.

She previously said: "For a man to get my attention he has to be a beautiful, powerful, charming, fragrant and rich.

"That's the kind of man I want to attract to be on my side."

The model hit headlines after marrying herself then divorcing just 90 days later.

She held a wedding to formalise marrying herself before "meeting someone else" who tickled her fancy.

Cris said at the time she was tired of relying on men – so she decided to marry herself instead.

She also added she was embracing being alone and wasn't "disappointed" she didn't have a groom.

Talking about the divorce, Cris said: "I was happy while it lasted."