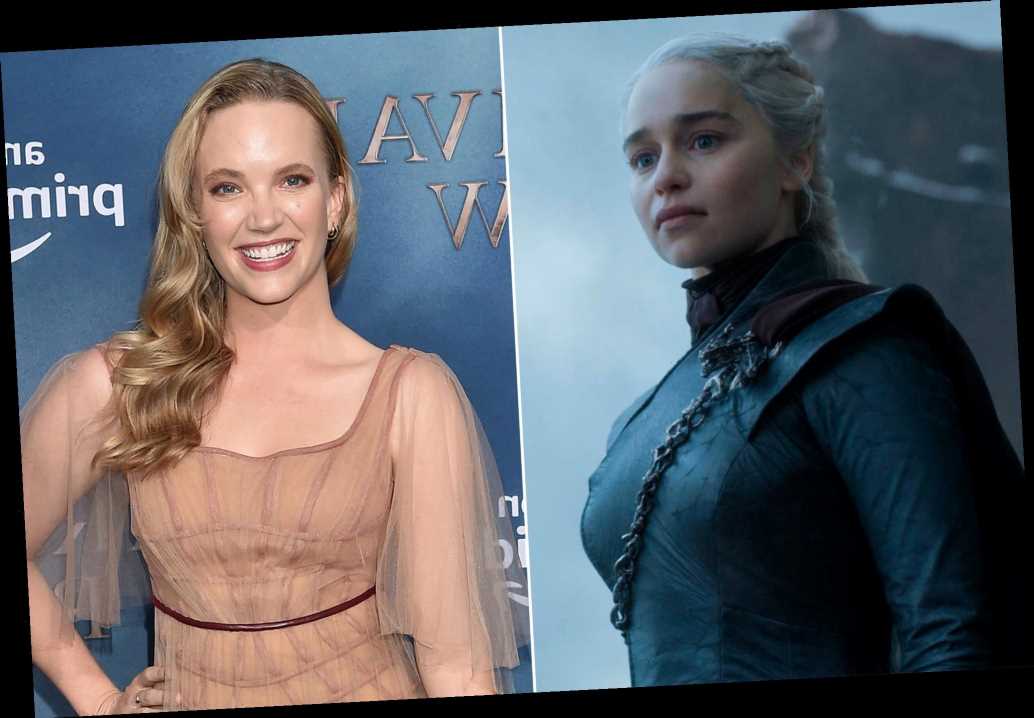 ‘Game of Thrones’ animated spinoff in the works for HBO Max: report

Dracarys! The mother of dragons was almost a different person entirely.

“Game of Thrones” notoriously threw out its first pilot that was rumored to be “a disaster.” The hit show then recast many of its key roles for a new version of the Season 1 premiere, “Winter Is Coming,” that aired on HBO in 2011.

Among those recast roles was the franchise’s most recognizable character, the silver-haired Daenerys Targaryen. As the show became a global phenomenon, Daenerys became the role of a lifetime for Emilia Clarke — but it almost wasn’t.

In that first scrapped pilot, Dany was played by a then-21-year-old actress named Tamzin Merchant.

Merchant, now 33, recently broke her silence to Entertainment Weekly about the experience, admitting she was not “excited” about the material.

“It was a lesson that if my guts are telling me a story isn’t something I’m excited to tell, then I shouldn’t try to be excited just because other people are telling me that I should be,” she said.

“… And what excites me and what drives me is a compelling story and a compelling character. So for me, ‘Game of Thrones’ was never that. I think it’s a testament to Emilia Clarke for making that role iconic – she was obviously excited to tell that story, and she was epic and excellent.

On one hand, that sounds like a judgment call that misses the boat — by a lot. On the other hand, nobody knew “GoT” would become the biggest show in the world at the time — and remember, the Season 1 premiere episode wasn’t a great time for Daenerys. She was raped by Khal Drogo (Jason Momoa) and creepily fondled by her brother Viserys (Harry Lloyd).

‘It was kind of funny riding to auditions on buses with Emilia Clarke’s face on it.’

Merchant admitted that after “Thrones” blew up, it was strange to see her successor’s face everywhere.

“It was kind of funny riding to auditions on buses with Emilia Clarke’s face on it. Like, ‘oh my mode of transport is quite interesting today!’” she said. “It’s been a thing I felt like I watched unfold and it’s been fantastic for the film industry in Northern Ireland and Croatia, and that has been really great.”

Emilia Clarke scored four Emmy nods and worldwide fame for the role of Daenerys. Merchant told EW that she would be uncomfortable with that level of recognition.

“If I was very rich and famous, I wouldn’t have time to do all the things that my soul needs to do,” she said. “Expressing myself creatively is a need that’s more important than any amount of riches that I could have gained from that part. If I did I think I’d just distract myself – but that’s just me, not anybody else; I think Emilia Clarke is amazing.”

Merchant is best known for Amazon’s fairy-epic “Carnival Row,” currently filming its second season, and Showtime’s “The Tudors,” which aired from 2007 to 2010.

Meanwhile, you can expect to see more silver wigs on future installments of the “GoT” franchise. The series currently has at least one prequel in the works at HBO, focusing on Daenerys Targaryen’s ancestors, called “House of The Dragon.” It does not yet have an exact premiere date but it’s expected in 2022.