Two thirds of families (67 percent) frequently sing together in the car while traveling.
(iStock)

As families take to the roads in droves over the festive few months, a new study about holiday travel examined the most common shenanigans that go on during holiday car rides.

ARE CHRISTMAS TREES SAFE FOR DOGS AND CATS?

If you thought your bunch was the only one that jammed out in the car, you might be surprised to hear that two thirds of families (67 percent) frequently sing together in the car while traveling.

Bobby Helms’ 1957 classic “Jingle Bell Rock” emerged as the song drivers and passengers sing along to most commonly (37 percent). 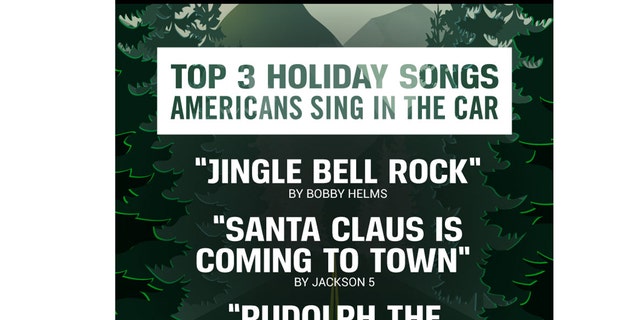 Bobby Helms’ 1957 classic “Jingle Bell Rock” emerged as the song drivers and passengers sing along to most commonly (37 percent).
(SWNS)

Other notable hits Americans enjoy caroling in the car include classic singalongs such as “Santa Claus Is Coming To Town”, “Rudolph The Red-Nosed Reindeer”, and “I Wish You A Merry Christmas”.

The study conducted by OnePoll, in conjunction with Quaker State, found that two thirds (67 percent) of participants said singing is part of their festive travel- with more than a quarter (26 percent) belting out their favorite holiday jams often.

And with excitement levels at their peak, there are bound to be some hiccups along the way when during the season of increased travels. American drivers will hear “I’m tired”, “I have to go to the bathroom”, and I’m hungry” six times each while traveling this holiday season. 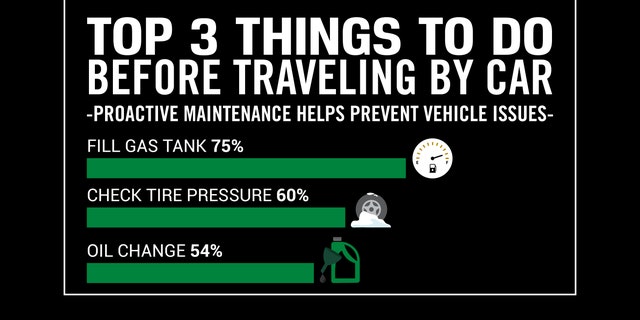 Additionally, the data unveiled just how much Americans rely on their car performing well during the holidays.
(SWNS)

Other travel hiccups include engine failure (40 percent), having a check engine light that won’t shut off (38 percent), a transmission issue (32 percent), and noises coming from the car’s brakes (29 percent).

A 'cargument' is most likely to strike 27 minutes into a journey, but luckily they are quickly smoothed over by the excitement that (62 percent) of participants say they feel before embarking on their travels.

The research detailed the holiday driving experiences of 2,000 American car owners and found the typical festive period is not exempt from unfortunate car troubles and mishaps, but overall the travels are filled with tons of holiday excitement and cheer!