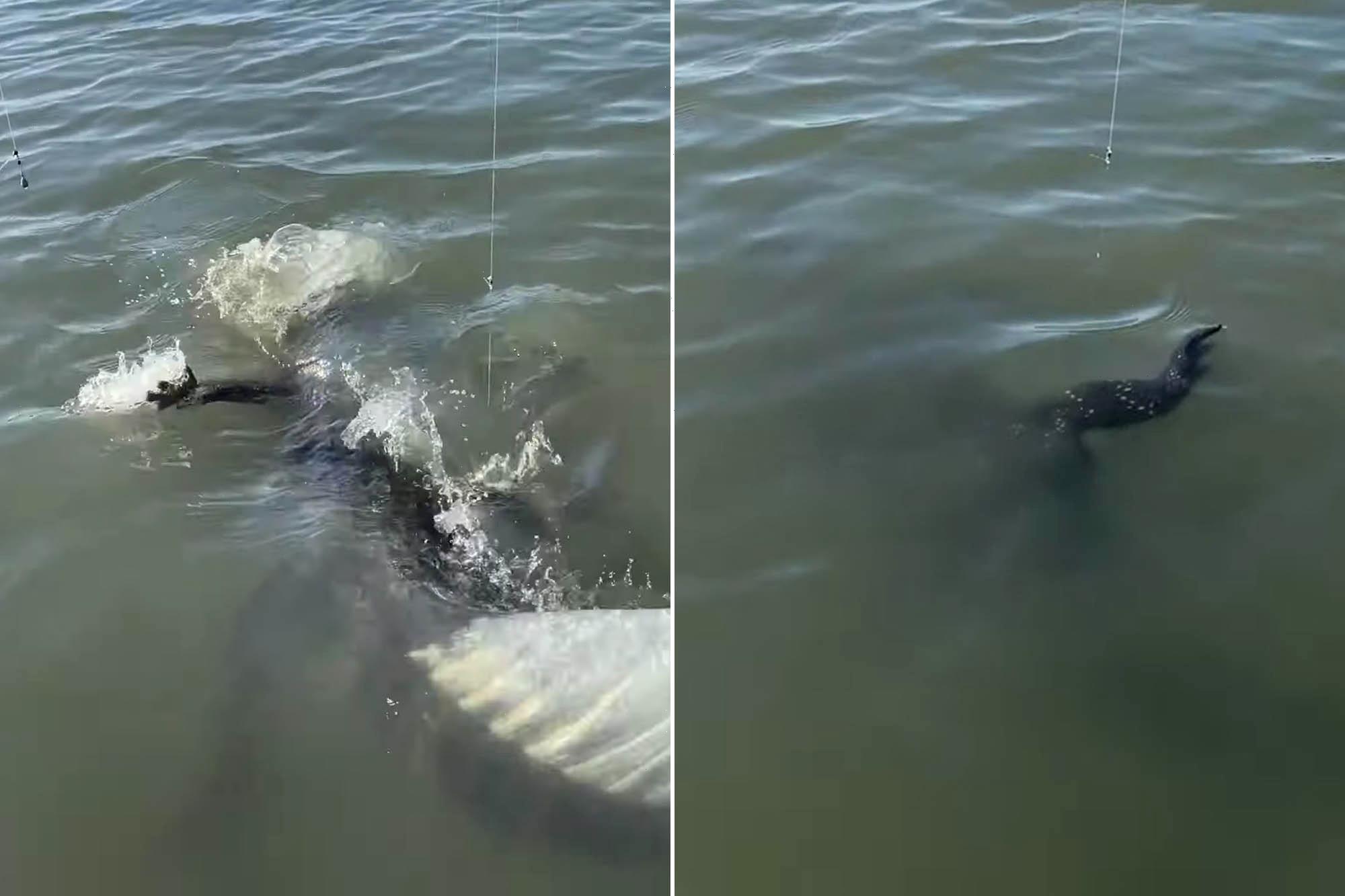 A South Carolina man’s fishing trip went seriously awry after he hooked into a monster alligator while angling for flounder in a salt marsh at Murrells Inlet. The incident occurred last week, however it’s just going viral on Facebook.

“I think I got me a stingray,” exclaims Rob Birchmeier in the May 20 clip while reeling in an unseen beast from his fishing kayak. The Pawleys Island native is quickly proven wrong when an 8-foot American alligator surfaces from the murky water, prompting him to yell out, “Oh boy, that’s not a stingray . . . surprise, surprise!”

The killer reptile — which can weigh up to 1,000 pounds — then disappears into the depths from whence it came.

“Does anybody wanna help me get my jig back?” the aghast angler says on camera. An extended cut posted by Storyful shows the predator resurfacing with Birchmeier’s hook embedded in its back left leg.

Thankfully, the gator eventually wriggled free, whereupon the relieved captain was able to retrieve his tackle.

Despite making over 500 fishing trips in the area, Birchmeier had never hooked into anything quite like that, Myrtle Beach Online reported.

“I was as surprised as I could be when that came up,” he said. “It could have been a mermaid, and I wouldn’t have been more surprised.”

While alligators are primarily freshwater creatures, they can tolerate saltwater for a few hours or even days before they need to return to a non-estuarine environment, USA Today reported. They often venture into brackish habitats for the chance to hunt crabs, stingrays and even sharks, according to National Geographic.