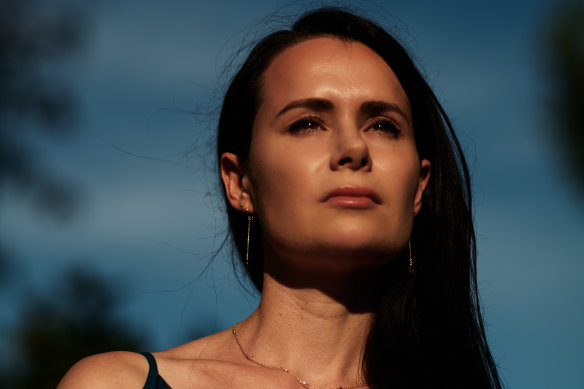 Technically, I’m unemployed. Like the dating scene, job applications as somebody with a fairly distinctive name and a face which, for a time, would pop up in people’s newsfeeds … let’s just say, they’re not straightforward. Unlike the dating apps, I can’t just make up a pseudonym and a deliberately vague backstory, accompanied by a few blurry shots in sunglasses from 10 metres away. I’m pretty sure fake names on job applications amount to identity fraud or the like, and I’m done with being accused of committing crimes.

If I get lucky and the interview panel, like most people, doesn’t have a clue who I am, what are the chances they won’t just Google my name while screening candidates? And in any case, how do I explain the enormous black hole in my CV?

“No, I didn’t take a few years off to have kids. No, it wasn’t further study or recovery from illness. I was um … in prison. In a foreign country. Convicted of espionage …”

It usually goes one of two ways after this. Either the person looks at me as though I’ve been watching too much Tehran or Killing Eve, and my credibility plummets irredeemably henceforth. Or there is that flicker of recognition in their eyes, perhaps they remember hearing something about that uni lecturer chick stuck in Iran a few years back. Then, the inevitable follow-up questions start to flow.

I am a 35-year-old childless divorcee with a criminal record. It was never meant to be this way, of course.

These people expect you to be a crumpled mess quivering in the corner and appear disappointed, or even suspicious, when you assure them that you’re not. In both instances you can forget about getting the job. You’re either already a basket case, or are in danger of becoming one at any moment.

I am a 35-year-old childless divorcee with a criminal record. It was never meant to be this way, of course. A few years ago I was on track to achieving that comfortable middle-class existence of husband, dream job and a mortgage on a house in the suburbs. I was driven, I was hard-working, I was ambitious. After years of juggling full-time study with multiple part-time jobs I had finally gained an unsteady foothold on the precarious academic ladder. I was working on my first book, an adaptation of my PhD. I taught undergraduate and masters courses, and supervised research students. I used to think I had life more or less figured out, and myself too for that matter.

And then the certainty and simplicity of my otherwise unremarkable existence came crashing down with such violent suddenness that the shock and grief of its loss lingered with me for years afterwards. It still does. 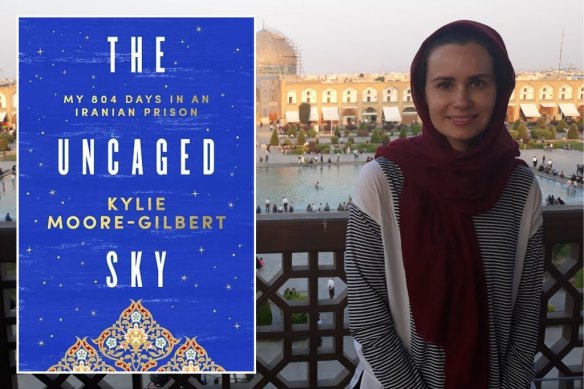 The moment a group of plainclothesmen at Imam Khomeini airport approached me en route to passport control and manoeuvred me into an interrogation room, my ambition for myself radically changed. Where once I had been content to strive for the suburban house and the white-collar job, my ability to safeguard my own sanity now hinged on suppressing such thoughts, and in doing so, ensuring my own survival.

There is no space for ambition in prison. Wholly detaching yourself from once-cherished dreams and aspirations, indeed forgetting your past life entirely, is indispensable to weathering the dehumanising cruelty of Iran’s penal system. How do you wake up from that afterwards? How do you reconnect to goals and ambitions which now seem shallow and vacuous and trite?

I may now be radioactive as a prospective job applicant, but I’ve made my peace with that. Ambition for me no longer bears any relationship to climbing the career ladder, or getting a promotion, or even receiving recognition for my work. My primary goal upon coming home was to tell the unvarnished truth about what happened to me in Iran. My book, The Uncaged Sky, both fulfilled this duty and set my tired feet on the long and meandering path to some kind of healing. Writing for me is cathartic, and I intend to do more of it.

I have also resolved to be an advocate for other victims of arbitrary detention. We need decisive action to secure the freedom of unjustly detained Aussies like Robert Pether, Cheng Lei and Sean Turnell from hellhole foreign prisons similar to my own. I am also determined to be a thorn in the side of an Iranian regime which is imprisoning its own citizens by the tens of thousands for “crimes” which in Australian terms amount to little more than going about our everyday lives. 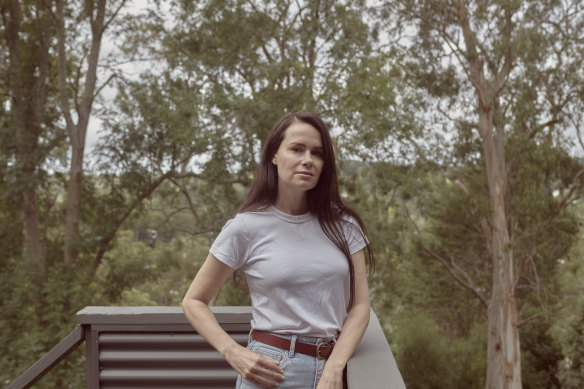 “Writing for me is cathartic, and I intend to do more of it”: Kylie Moore-Gilbert.Credit:Josh Robenstone

I don’t want to depict myself as some sort of humanitarian, trying to help others from the goodness of my own heart. It is through the cold rage which still burns inside me that I speak out. Any activism of my own on matters of hostage diplomacy or human rights in Iran comes from a selfish desire to rail against those who stole 804 days of my life, and to try to carve some silver lining out of the pointlessness of it all. To ensure that there are consequences, however small and insignificant. In this rage, and the singlemindedness which is begot of it, there is healing. And with healing, recovery.

As time passes I am slowly unwinding the self-erasure and emotional detachment which had been so critical to my survival. In doing so, I must come to terms with the fact that the former Kylie, with her old dreams and ambitions, is not coming back. Now, I aspire to take pleasure from the simple joys of life: from my garden, from my afternoon jog, from chats with my grandma, from chance interactions with strangers.

Ambition for me is no longer a matter of career, or wealth, or building what society tells me is the ideal family structure. I might have no idea where I’m going in life, but for the first time ever I’m OK with that. It is enough for me to be here, a free woman in charge of her own destiny. In losing so much I have also gained a great deal, including a renewed appreciation for all that I had previously taken for granted. And for that, I am grateful.

Kylie Moore-Gilbert’s The Uncaged Sky documents her 804 days in an Iranian prison. She takes part in Writing Wrongs at the State Library on September 11 for the Melbourne Writers Festival. The Age is a festival partner.

The Booklist is a weekly newsletter for book lovers from books editor Jason Steger. Get it delivered every Friday.