A reason to celebrate! Supermarkets slash the price of festive fizz in time for Christmas – including Champagne for under £10 and Prosecco at £1.46 a glass

If you’re eager to toast the festive season with bubbles, but don’t fancy splashing your cash on a fancy bottle of champagne, it turns out you may be in luck.

Supermarkets have slashed the prices of several bottles of bubbly just in time for the big day, giving customers something to celebrate.

Lidl has reduced prices on two bottles of fizz which have won bronze in the 2017 International Wine & Spirit Competition awards.

Comte de Senneval Champagne, which was highly commeded in the 2017 Decanter Awards and is being sold on Ocado for £20, can be purchased for just £9.99, while Allini Prosecco Spumante has been reduced to just £4.99.

Meanwhile, Sainsbury’s has reduced its Valdo Prosecco Marco Oro jeroboam from £45 to £35, which works out at £1.46 a glass. 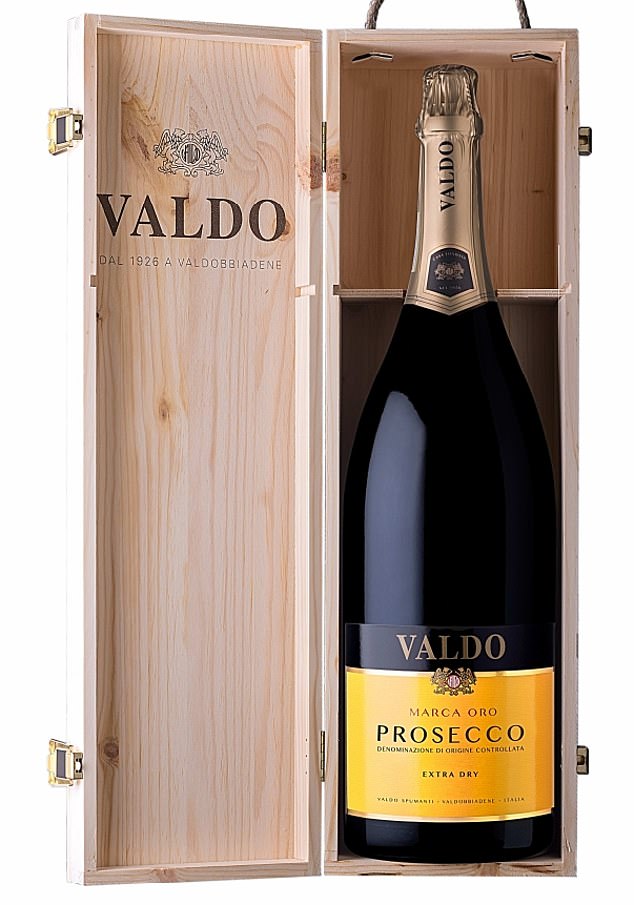 Cheers to that! Sainsbury’s have reduced the price of Valdo Prosecco jeroboam from £45 to just £35, allowing customers to save almost a quarter on the price of the 3-litre bottle 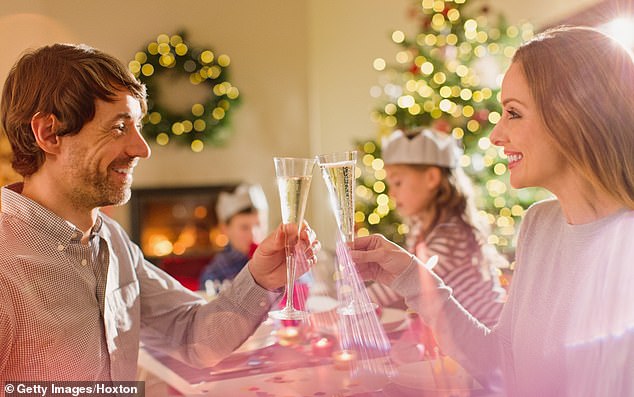 This makes the retailer’s plus-sized bottle of fizz now cheaper than any other supermarket in the countdown to Christmas and New Year’s Eve.

Shoppers who purchase the discounted Valdo Prosecco Marco Oro will save almost a quarter on the price of the three-litre bottle.

And the packaging itself is worth every penny, as the jeroboam comes in an impressively crafted wooden box, meaning it could be given as  gift or can be sipped at your leisure while amongst the company of family and friends.

But you better get in quick as Sainsbury’s predicts it will sell nearly 30,000 magnums between now and New Year’s Eve.

‘Tis the season to be jolly. Lidl has slashed the prices on two award-winnings bottles of fizz, including the Allini Prosecco Spumante (left) which is just £4.99 and the Comte de Senneval Champagne (right), which is a bargain at £9.99

But while us Brits may be only too delighted to snap up bargain fizz, it turns out our French neighbours are turning their backs on cheap Champagne.

The Telegraph revealed today that drinkers are instead opting for homegrown quality or low-cost foreign fizz alternatives, including prosecco and cava.

‘In the past six years, sales of supermarkets’ own cheap champagne labels have slumped by 38 per cent, meaning they now sell about five million of the 310 million champagne bottles sold,’ they reported.

‘There is a revolution going on with many people prepared to pay a premium for top quality products that costs a little more,’ independent producer Cyril Janisson explained.