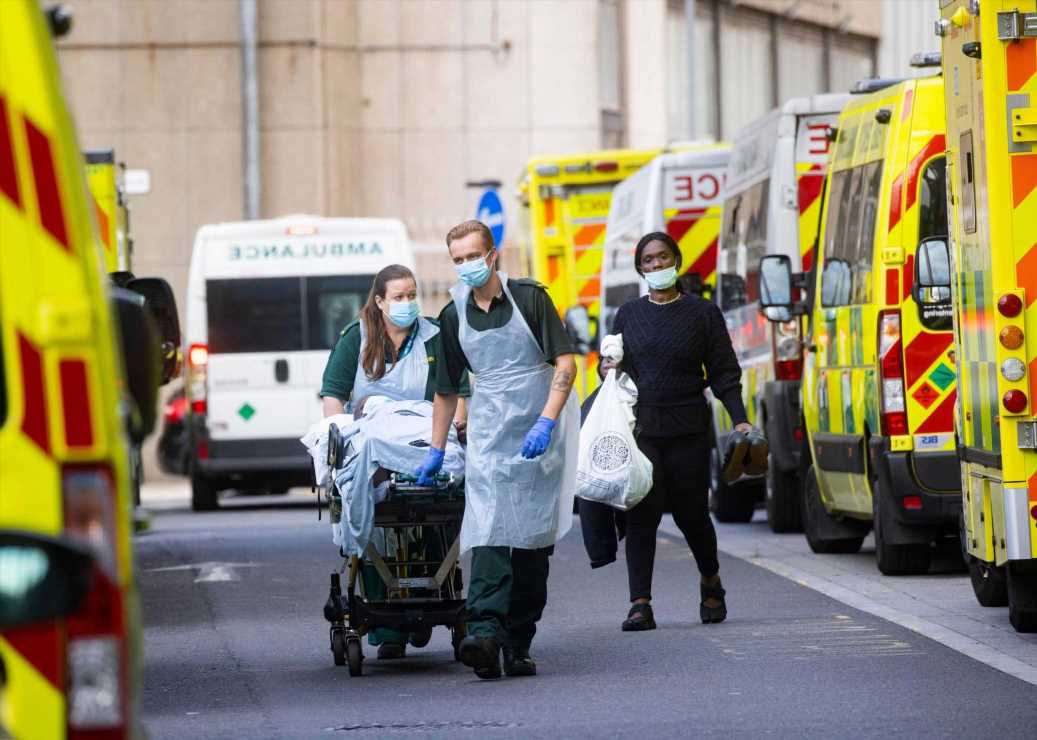 SHOCKING maps have revealed the stark reality of how fast coronavirus infections are spreading across the UK.

The lighter the map the better, as this means fewer infections, while areas that are shaded in purple have high levels of Covid-19 in the community. 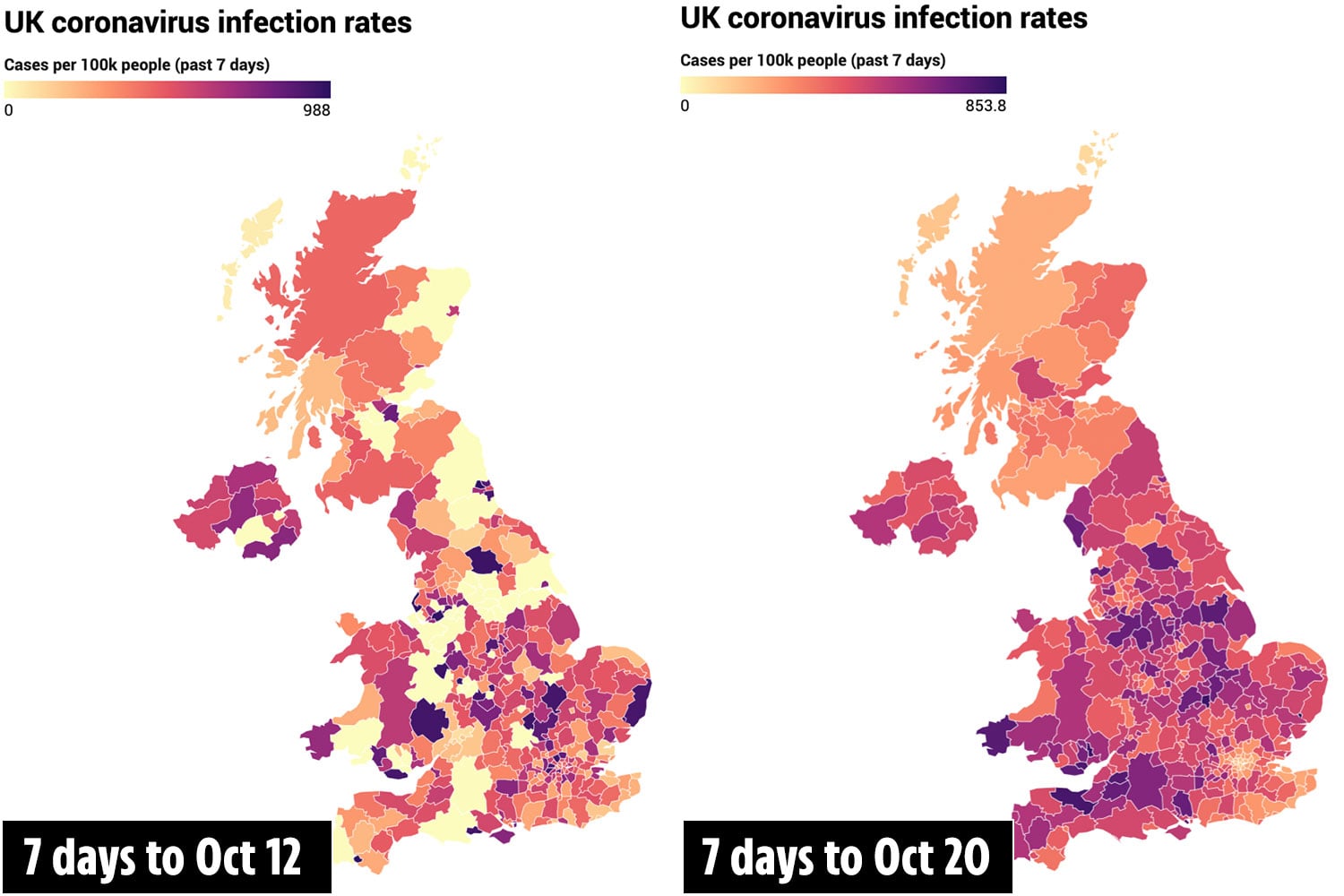 The map on the left shows government infection data in the seven days up to October 12 , with just a handful of places being shaded in dark purple, with the majority of the country in darker orange and lighter shades.

Fast forward just a week and data in the seven days up to October 20 shows a troubling picture.

Now most of the country is sporting purple with just Scotland having gone to lighter shades as infection decreased in many areas in the nation.

The increase in infection rates comes as Covid deaths in the UK rose to their highest daily level since early March, while cases are at their highest for almost three months.

Downing Street said it was keeping a “very close eye” on rising case rates, but added the Prime Minister has “absolutely no plan to introduce Plan B”, which could also involve introducing vaccine passports for nightclub entry.

On Tuesday, the Government said a further 223 people had died within 28 days of testing positive for Covid – bringing the UK total to 138,852.

While the numbers are often higher on Tuesdays because of a lag in reporting deaths and cases over the weekend, this is the highest figure for daily reported deaths since March 9.

Meanwhile, the seven-day average for cases is standing at 44,145 cases per day – the highest level for almost three months.

At the end of September on September 30, the UK had recorded 36,480 coronavirus infections.

Just over a week later on October 12, 38,520 infections were reported, a jump but not as high as the current rate of infection.

LIVING WITH THE VIRUS

One expert said that the increase was to be expected.

Dr Julian Tang, Honorary Associate Professor/Clinical Virologist, Respiratory Sciences, University of Leicester, said: "To some extent this was inevitable once all restrictions were lifted in July – and we saw that last summer also with the ‘eat out to help out’ scheme.

“The Covid-19 vaccines have reduced hospitalisation and death rates – but the delta variant does easily break through the vaccine protection to cause infection.

“It has been surprising that the recent gradually increasing daily Covid-19 cases and deaths have just been mostly accepted by many of us, as just ‘living with the virus’ and an unavoidable consequence of opening up the economy and schools.

“But as the number of Covid-19 deaths increases, in combination with those from flu, this may change, and some return of social distancing and masking may be required – and perhaps be more acceptable – going into winter when flu traditionally peak."

One NHS leader today warned that in order to get on top of infections, Brits needed to start wearing masks and working from home in avoid 'stumbling into a winter Covid crisis'.

Mr Taylor said the NHS is preparing for what could be “the most challenging winter on record” and urged the public to “show extra support for the NHS” by “behaving in ways that will keep themselves and others safe”.

He added: “It is time for the Government to enact Plan B of its strategy without delay because without pre-emptive action, we risk stumbling into a winter crisis.

“Also, health leaders need to understand what a ‘Plan C’ would entail if these measures are insufficient.

“The Government should not wait for Covid infections to rocket and for NHS pressures to be sky high before the panic alarm is sounded.”

Experts fear cases and hospital admissions could surge in older people this winter as protection wears off from the vaccines they had six months ago.

A booster programme is underway, but around 1.5million people who are eligible for a third jab have still not had it. And the UK’s stuttering vaccine rollout means we are slipping down the European league table.

The Sun has now launched our Give Britain a Booster campaign to get Brits jabbed and save Christmas.

Last night Health Secretary Sajid Javid backed The Sun’s campaign to get booster jabs into millions of arms before the end of the year.

He said: “I’m delighted that the Sun has launched this hugely important campaign to encourage more people to come forward for their booster when invited.

“As we approach winter, we’ll need to draw on this spirit once again, to help keep our country safe.

“This truly is a national effort. So please come forward as soon as possible to get your jabs — to protect yourselves, your loved ones, and the extraordinary progress we’ve made together.”

Millions of adults will be urged to come forward the moment they are eligible in an official ad campaign to be launched this week. 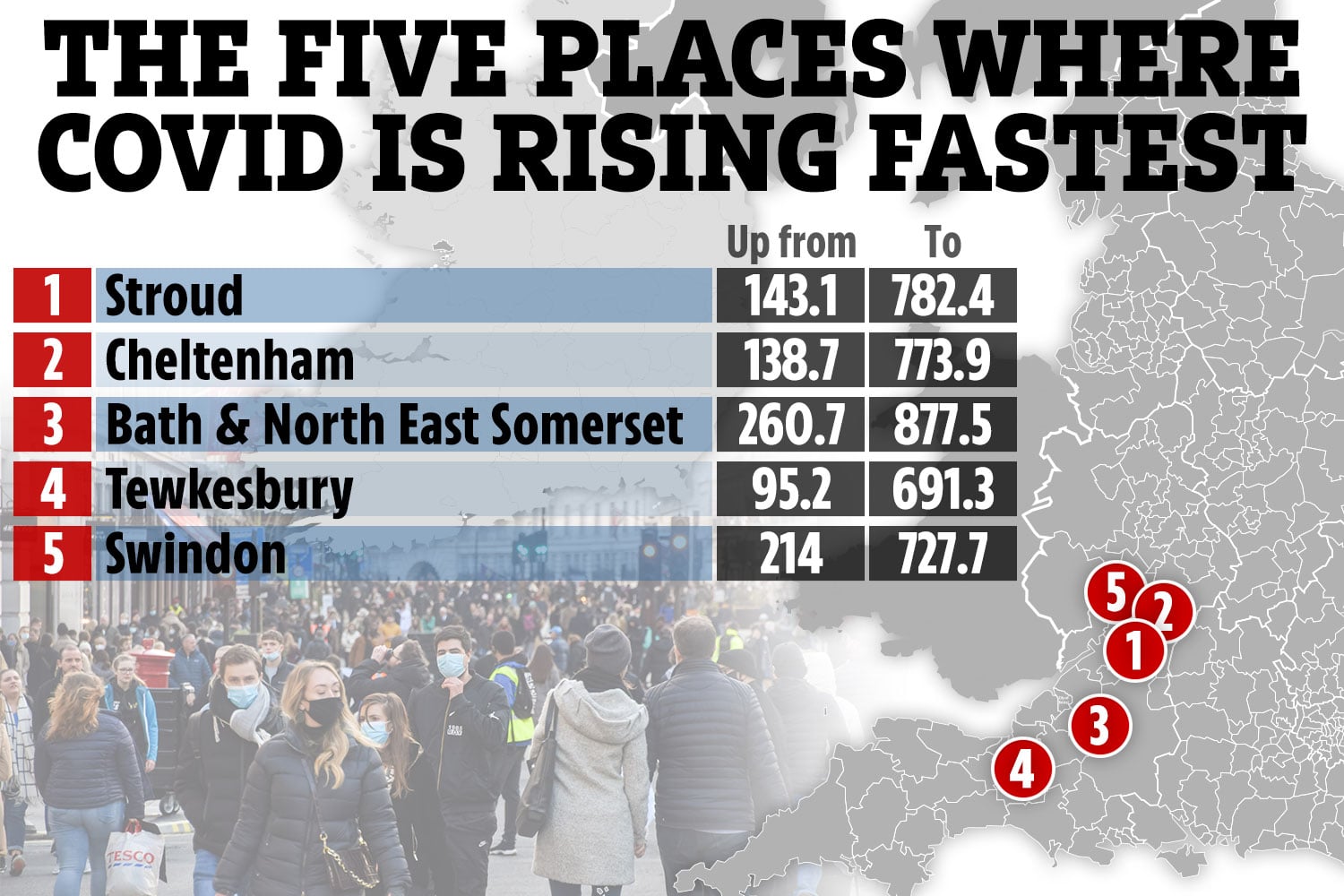