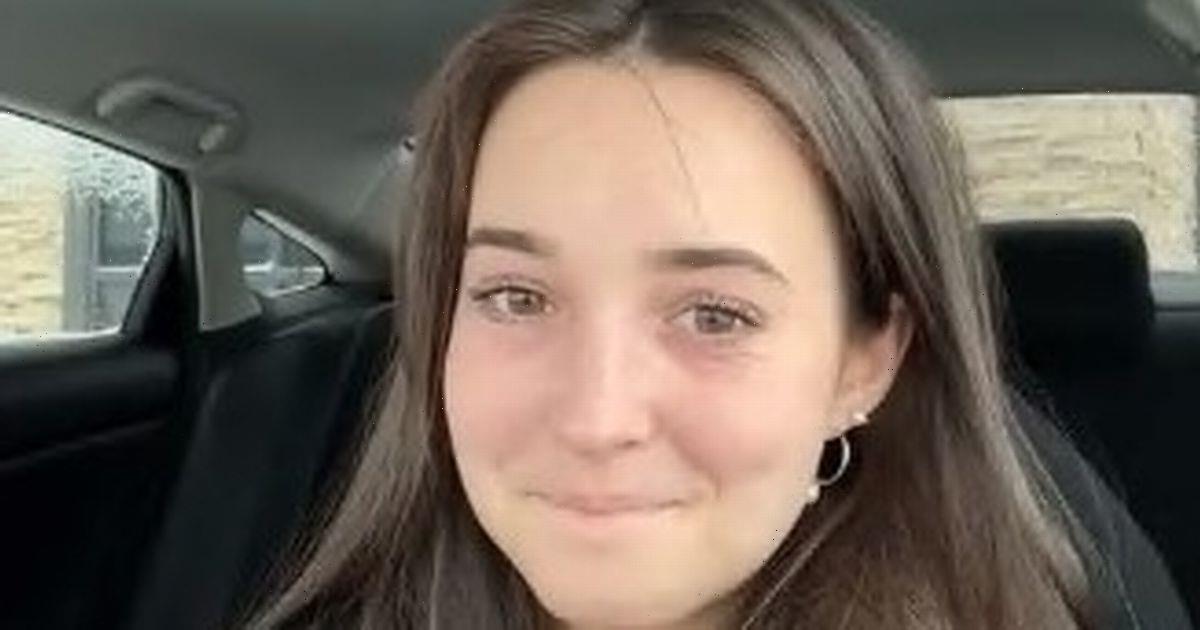 A woman was left red-faced when she ordered a drink at Starbucks and received a secret message from her admirer.

The TikToker posted a video online showing the note the coffee shop worker left for her on the paper cup.

"Ahaha, what just happened at Starbucks?" she wrote while turning a drink around to where an arrow was pointing.

The message was supposed to be "Careful, the beverage you're about to enjoy is extremely hot."

But in a clever twist, the worker blacked out some of the words and the sentence was edited to "Careful, you're extremely hot."

She covered her mouth and joked: "Never going back there."

The Starbucks barista was praised by online viewers for his "smooth" trick, showing the secret message at the back of the cup.

"It's cute, girls say guys never do anything. He just put his heart out to you," one wrote.

A second added: "Best pick up line ever, that was smooth."

Some said the message was more like a compliment and she shouldn't feel cringey about it.

"It's not to be scared, if it were a girl to a boy then would he say that he wouldn't come back or that he would come back?" a viewer asked.

But one said she might not be comfortable with the way how the worker approached her.

One mentioned: "I don't find this funny. She didn't consent to being flirted with."

Elsewhere, a woman shared a dating red flag after her date asked about her health issues and said it would be a "turn off" if she has mental health issues.

The man found medicine in the woman's bathroom and Googled it online out of curiosity.

"It said they were anti-psychotics…you're not mentally ill aren't you?" he asked her before he continued.

""Just a turn off and I wouldn't want to go further if so."