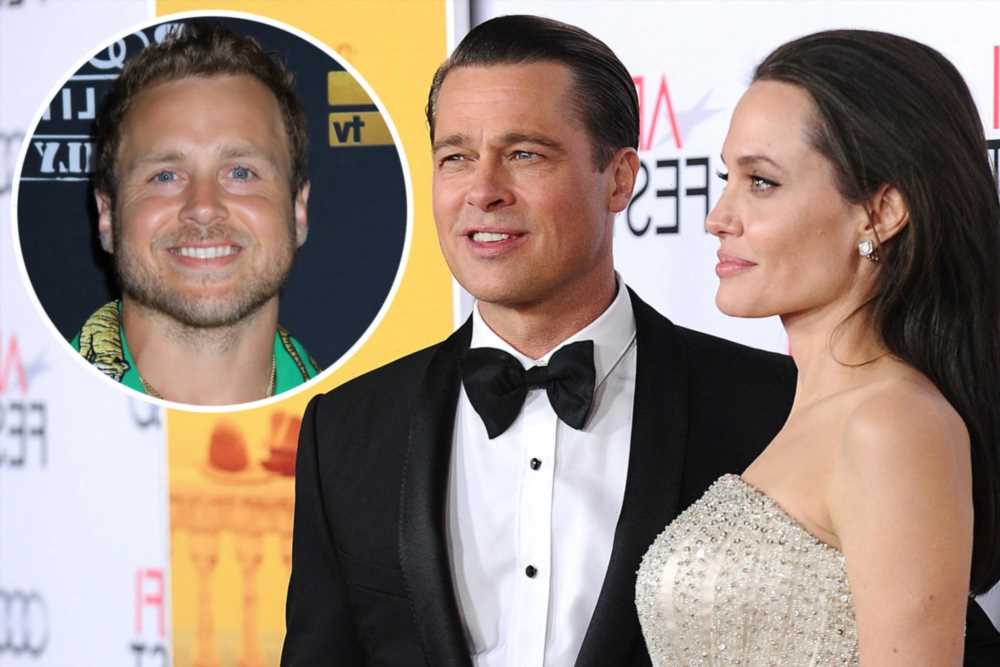 Spencer Pratt calls his ‘Hills’ co-stars ‘the worst people ever’

When will the ‘Hills’ babies be able to watch their parents’ show?

Former reality star and devoted student of the showbiz hustle Spencer Pratt says that nobody in Hollywood is too famous to do set-up shots with the paparazzi — even Brad Pitt and Angelina Jolie.

In fact, Pratt, 37, says that the former couple worked with the paps to capture some of the most famous shots of them.

When speculation was rife in 2005 that Pitt was cheating on then-wife Jennifer Aniston with his “Mr. and Mrs. Smith” co-star Jolie, Us Weekly published a cover story promising “12 pages of pics that prove the romance is real.”

The set showed them on some sand with one of Jolie’s kids.

“I knew that Angelina and Brad Pitt set up their first set in the desert,” Pratt told the “Hollywood Raw with Dax Holt and Adam Glyn” podcast, “[Us Weekly editor and Pratt’s mentor Peter Grossman] was in on the setup with the pap. He was there for the magazine.”

Pratt — whose cheesy set-ups with wife Heidi Montag were legendary during their time on “The Hills” — said that once he knew that even stars as big as Pitt and Jolie tipped off the paps, he took it as a “green light” to call the photo agencies himself.

“My two favorite fame hustlers are setting up their — pretty much cheating — confirmation … staged photos,” he said.

Pitt and Jolie, of course, split in 2016. Perhaps they should be grateful all Pratt’s doing is outing their supposed maneuvering 16 years later: Earlier this month, he called his “The Hills: New Beginnings” co-stars “the worst people ever” over their treatment of him and Montag.