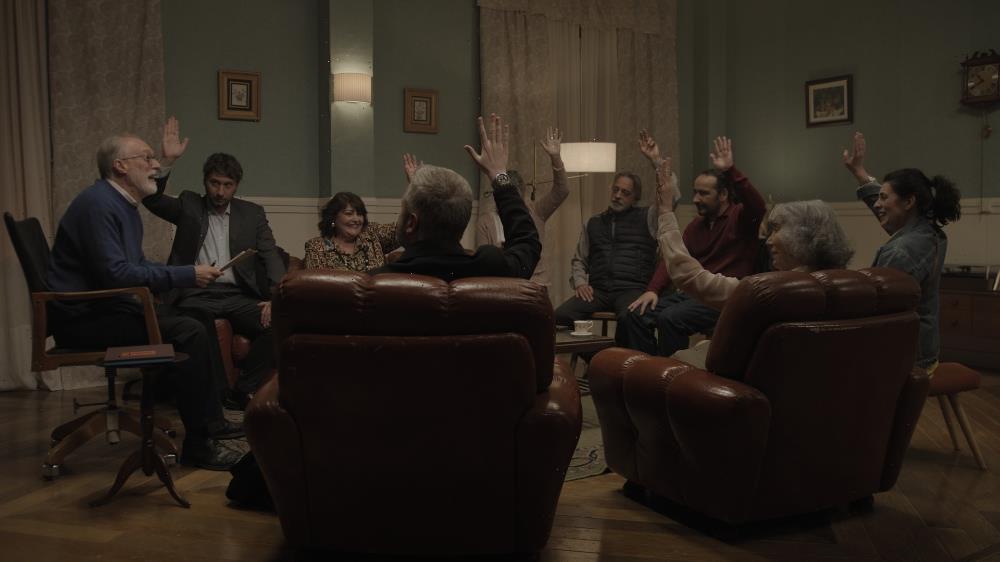 “Son,” “Cosas de chicos,” “Votamos” and “36” are among eight shorts at this year’s Madrid en Corto, an increasingly key Spanish platform for new talent now in huge demand in a platform age.

Women look likely to make much of the running at this year’s edition, organised by ECAM Distribución, the distribution arm of the enterprising Madrid Film School (ECAM), whose Screen-Incubator has fast become one of the key industry development labs in Spain.

Of the eight titles, six are directed by women, one famed: Acclaimed actor-turned-director Marta Nieto, star of Rodrigo Sorogoyen’s Oscar-nominated short “Mother.” The large question is whether she or other selected filmmakers can join the ranks of Spain’s burgeoning and exciting generation of buzzed up young women cineastes, led by the likes of Carla Simón whose “Alcarrás” walked off with Berlin’s Golden Bear last month. A drill down on titles:

In “Son,” Nieto – also star of Antonio Banderas’ “Summer Rain” and  Sorogoyen’s feature “Mother,” winner of a Venice Best Actress Horizons Award – continues to explore motherhood in her first work as a director. Here, a woman who does not know how to establish emotional links with her six-year son, arrange a getaway to the countryside to improve their relations. Produced by Avalon PC and Elástica Films, behind “Alcarrás.”

Directed by Basque Country-born Lambarri Tallaeche as the final part of a trilogy, “36” turn on a man’s violent abuse of his wife, just before they welcome another couple into their home. 39 Escalones Films, Naif Films, Aquilus and Paciencia Films produce. Also a casting director, Lambarri is preparing her feature debut “Todo lo que no sé.”

After several years working as a producer and line producer, on Ramón Salazar’s “10,000 Nights Nowhere,” for instance, Colera takes a career turn with a portrait of a 12-year girl enjoying the summer with a gaggle of friends. She’s the only girl in the group. As puberty kicks in, so does gender stereotyping. Winner of platform Filmarket Hub’s scriptwriting contest, the director is now developing a feature spin-off. Elamedia produces.

The film revolves around a humdrum meeting of neighbors to vote for a new elevator which ends up in an unexpected debate about the limits of coexistence.

A Barcelona’s director and alum at the city’s Escac film school with long experience as an editor. A personal work in which a man’s subconscious voice surfaces reflecting on the time when he was closest to his mother.

With large experience as a drama series director, credits taking in international breakout “Locked Up,” Gallego’s short turns on a conversation between a couple, the man a self-declared feminist, and the traditional and unequal distribution of household chores. Malvalanda, behind Maite Alberdi’s The Mole Agent and Sorogoyen’s two version of Mother, produces with Penélope Cristóbal.

An experimental documentary on memory and unfinished love via a farewell letter trying to bring closure to the mourning of two people who couldn’t say goodbye to their loved ones. Smiz and Pixel produces.

Writer and script-doctor Puerto Aubel was awarded at Sitges with Simon Hernandez’s “Jairo’s Revenge” and studied at Cuba’s EICTV and Praga’s FAMU film schools. In his first work as a director, set in a near future, in an unidentified country, refugee 28312, carrying her baby, manages to reach an inhospitable cabin ruled by a machine. Produced by Salon Indien Films, The Other Film Production, Huaorani Films and El Patio Films.

John Hopewell contributed to this article.