Back to the classroom! Sophie Wessex beams as she is presented with a cake by Surrey schoolchildren ahead of her 58th birthday tomorrow

The Countess of Wessex beamed as she was presented with a cake by schoolchildren in Surrey ahead of her 58th birthday tomorrow.

Sophie looked effortlessly chic in a blue-and-black striped dress as she visited Connaught Junior School in Bagshot this afternoon to open its new STEAM lab.

The mother-of-two was all smiles as she joined in with science, IT and Home Economics lessons before then planting a tree to mark The Queen’s Green Canopy initiative.

The wife of Prince Edward, the late Queen’s youngest son, wore a deep blue designer dress by Gabriella Hearst for the occasion. 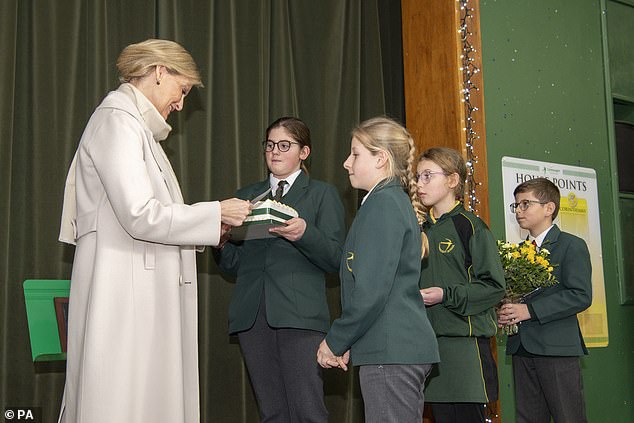 She also wore what appeared to be suede high heeled boots and cream floor length coat as dug a space for the tree and later wrapped a scarf around her shoulders for an IT lesson.

As she got stuck into some baking, the royal wore a personalised white apron featuring her initial and surrounded by flowers.

The Countess was at the school to open its new STEAM Lab, a dedicated space for Science, Technology, Engineering, Art and Maths, and to help the school celebrate their 60 year anniversary. 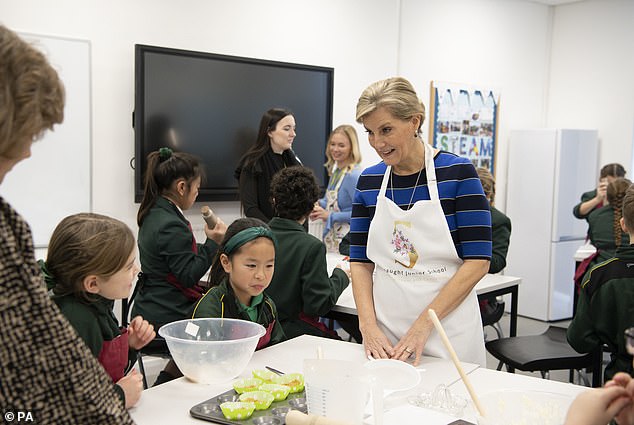 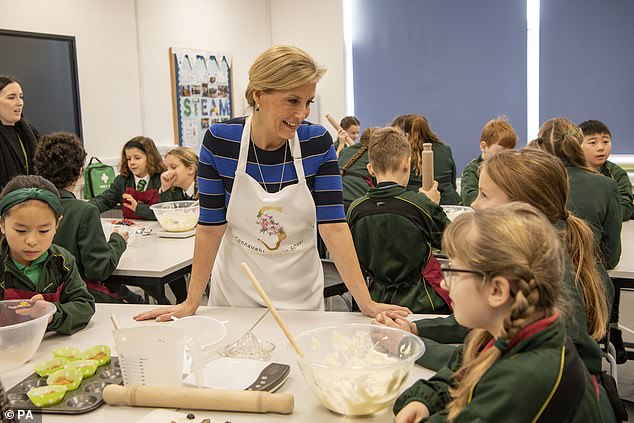 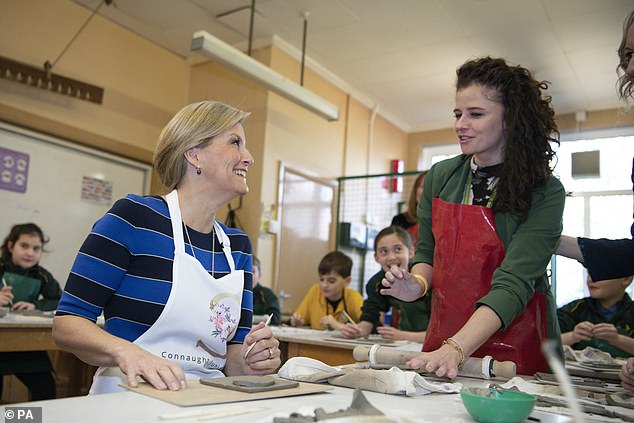 The royal mother-of-two wore a personalised apron over her £1,200 designer dress by Gabriella Hearst 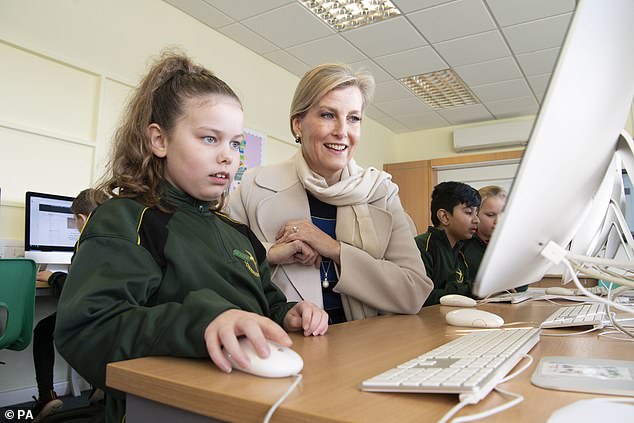 Sophie visited the school to open their new STEAM Lab, a dedicated space for Science, Technology, Engineering, Art and Maths 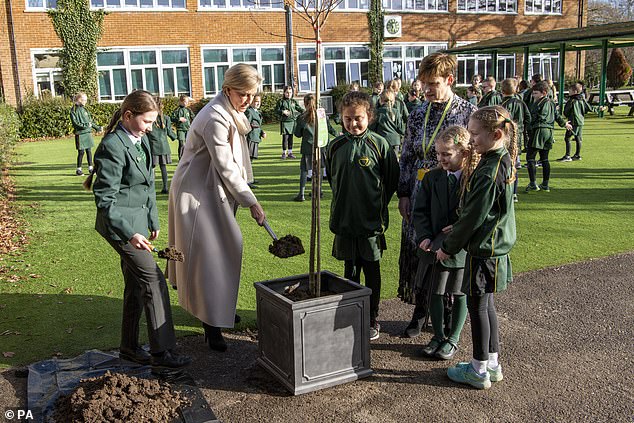 During the visit, she was joined on stage by a group of children who presented her with a birthday cake ahead of her 58th birthday tomorrow.

Earlier in the day the Sophie had met with staff and patients to celebrate the refurbishment of Heatherwood Hospital in Ascot.

And she looked delighted as she was handed a birthday card as she left the NHS hospital.

Sophie was also handed a bouquet of white flowers, and looked glowing as she left the unit.

While there, she toured the hospital’s theatre suite, including the anesthetic room and recovery area.

She also met patients and their families, and was pictured having a chat with people sat in the hospital’s waiting areas. 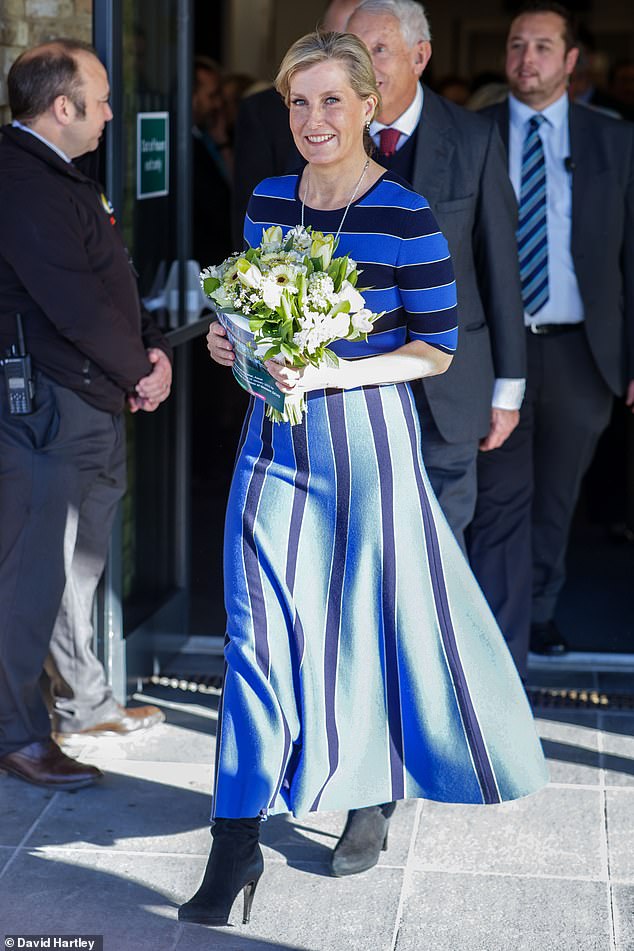 Among the staff she spent time with during her visit were nurses, health assistants and service chiefs.

The royal has close personal ties to the Frimley Health, the NHS hospital Trust, which runs Heatherwood.

Sophie gave birth to both of her children, Lady Louise Windsor, 19, and James, Viscount Severn, 15, at Frimley Park Hospital, which is also part of the healthcare group.

Heatherwood is also just a short drive from her family’s residence at Bagshot Park, a mansion rumoured to have as many as 120 rooms and be worth an estimated £30m, located on Bagshot Heath near Windsor.

Last year marked one hundred years since the foundation of Heatherwood Hospital, and the Countess helped to cement another milestone in its history today.