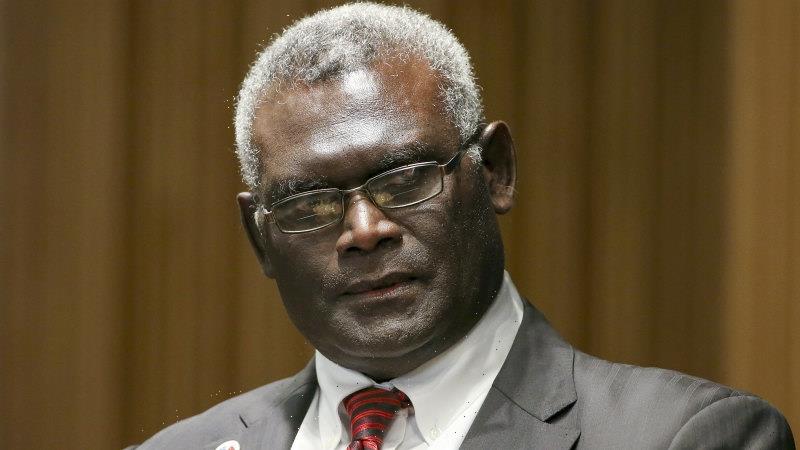 Solomon Islands Prime Minister Manasseh Sogavare has blasted Australia for blindsiding him over the announcement of the AUKUS security pact and accused Australian troops and police of refusing to protect the Chinese-built infrastructure during last year’s riots in the country.

Australia has been critical of a recently signed security pact signed between Beijing and Honiara, fearing it could pave the way for a permanent Chinese military presence in the Pacific island nation and criticising the Chinese government for insisting the text of the agreement be kept secret. 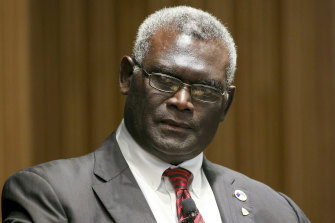 Sogavare hit back on Friday in his nation’s parliament, criticising Canberra’s lack of consultation with Pacific island countries before announcing the AUKUS defence technology sharing pact with the United States and Britain.

“Oh, but Mr Speaker, I realise that Australia is a sovereign country, which can enter into any treaty it wants to, transparently or not. Which is exactly what they did with AUKUS.

“When Australia signed up to AUKUS, Mr Speaker, we did not become theatrical or hysterical… about the implications this would have for us. We respected Australia’s decision.”

Sogavare then said : “And I’m glad that Australia, the United States and Japan respected our sovereignty to enter into this security agreement with China as well.”

More than 100 members of the Australian Federal Police and Australian Defence Force were sent to the Solomons last November to help Sogavare quell a violent uprising.

But Sogavare repeated his criticism that Australia refused to protect the Chinese Embassy and Chinese-built infrastructure, adding he was “deeply disappointed” that Australia has issued a “blatant denial”.

He said Canberra gave “clear instructions” to not protect the infrastructure and called it a “blunder”.

The Australian government has previously denied any suggestion it refused to protect any infrastructure during the riots.

Sogavare said his nation’s current security treaty with Australia was” inadequate” because it “did not manage to contain the November riots”, the impact of which almost “crippled” the country.

The Australian government is now rethinking its approach to the Solomons in the wake of the country’s security pact with China. Comment has been sought from Foreign Minister Marise Payne.

Australia’s top spy, Andrew Shearer, earlier this week said there would be concerns with “unity of command” on the ground if Australian and Chinese forces had to operate side by side.

“We are also concerned that in such a fragile, volatile country, Chinese policing techniques and tactics that we have seen deployed so ruthlessly in Hong Kong, for example, are completely inconsistent with the Pacific way of resolving issues and could incite further instability and violence in the Solomon Islands.”