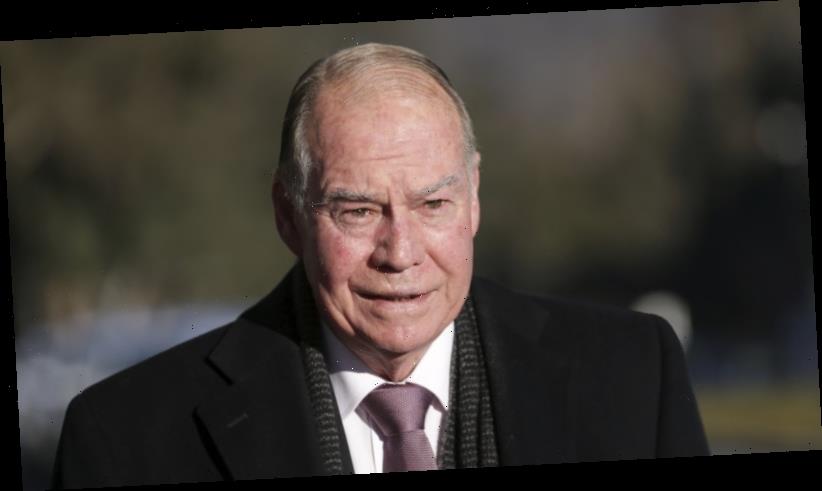 A veteran federal Liberal MP says the Morrison government must embrace the vision of the Uluru statement in its entirety if the nation is to reconcile its past with Indigenous Australians.

Victorian backbencher Russell Broadbent is urging his own party to reconsider its opposition towards adopting the 2017 Statement from the Heart in full, saying that recognising Aboriginal and Torres Strait Islanders in the nation’s constitution is the only path towards healing. 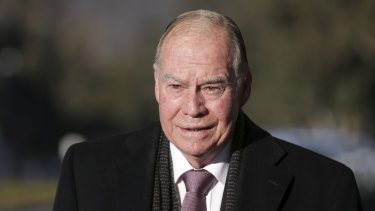 Victorian backbencher Russell Broadbent, an outspoken critic of the Coalition’s refugee policies, said the call for truth and justice “can no longer be ignored” and there was “deep listening” to be done.Credit:Alex Ellinghausen

The Coalition has faced criticism for ruling out enshrining an Indigenous “Voice” to government in the constitution, despite it being called for in the 2017 Statement from the Heart endorsed at a four-day First Nations National Constitutional Convention held at Uluru.

Indigenous Australians Minister Ken Wyatt has argued changing the constitution is a fraught process, with only eight out of 44 referendums in Australia’s history proving successful. He instead wants to legislate one of several proposed Voice models before the next election.

But Mr Broadbent, an outspoken critic of the Coalition’s refugee policies, said the call for truth and justice “can no longer be ignored” and there was “deep listening” to be done.

“We need to listen humbly to what is wanted and needed by the First Peoples,” he said. “Once and for all we need to set matters to right honestly and if we do not, we remain a diminished nation and we cannot truly move forward. There is so much to gain and nothing to lose.”

Leaders who signed the Uluru statement have warned they will strongly oppose an attempt to install a legislated Voice model, wanting it to go into the constitution first and then into legislation.

Mr Broadbent, among the longest-serving MPs in federal Parliament, said the heart of the nation was “good but it needs healing”.

“For us to move forward and be the best we can be, its foundations are to be put to right,” he said.

“The custodians of this land for over 60,000 years formed the cradle which nurtured the younger nation of 240 years. It is time to formally acknowledge the past, seek forgiveness and accept the generous invitation to walk together expressed in the Statement from the Heart.”

Peaceful protests were held across the country on Tuesday at Invasion Day and Change the Date rallies, which called for Australia Day to be moved and for the government to bring forward a number of measures towards reconciliation.

Prime Minister Scott Morrison used an Australia Day address to say there was no escaping or cancelling Australia’s history and January 26 represented the day the land “changed forever”.

He told an official Australia Day ceremony in Canberra it was a day to reflect on that journey and the price that had been paid for freedom.

“Whether it is the story of our First Nation peoples’ strong, ancient and proud culture and their survival in the face of dispossession and colonisation, or the forsaken souls who came as convicts, not to start a new world, but because they had been banished from the old one. Condemned and outcast by empire, they too overcame,” Mr Morrison said.

“These stories do not compete with each other, they simply coexist. They weave together to create Australia.”

Opposition Leader Anthony Albanese said Labor remained committed to the Uluru statement and Australia needed to work out how to avoid the divisive debate that occurred every January.

He said January 26 could be a future date for a successful vote for constitutional recognition of First Australians.

“For the First Australians, you can understand that this is a very difficult day for them. It is one of heartache and one in which they recognise what occurred to their people,” he said.

The State of Reconciliation Report last week said Australia was at a tipping point after decades of work on reconciliation, but the nation needed to move from “safe” to “brave” actions to make concrete steps.

The report also called for the Indigenous Voice to Parliament to go ahead and welcomed the November 2019 agreement to expand the Closing The Gap targets in partnership with Aboriginal and Torres Strait Islander peoples.