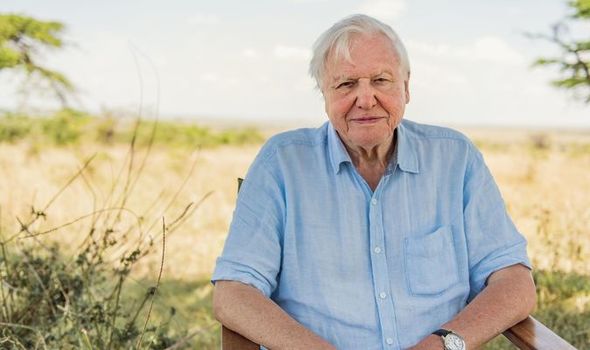 In a video guide for visitors, Sir David tells how South Georgia, once plundered by whalers, sealers and illegal trawlers, now boasts the greatest concentration of marine mammals and seabirds on the planet. The snow-capped mountains of South Georgia and the South Sandwich Islands tower over beaches that are home to millions of penguins, seals and albatross.

The 18-minute mini-documentary says the British Overseas Territory’s fur seals have recovered from the brink of extinction to a population of five million. They jostle for space on the beaches with 500,000 southern elephant seals and 400,000 nesting pairs of king penguins.

The islands are also a globally important breeding site for albatross, including the biggest of all, the wandering albatross, which has a wingspan go up to 11ft.

Sir David says: “South Georgia is a global rarity – an eco-system in recovery.”

He tells how around 175,000 whales were killed in the 20th century by ships using the island’s whaling station as a base.

A rusting factory still stands amongst the skeletons of vessels, a reminder of how the blubber was boiled to make oil.

The whalers brought with them alien mammals, including rats, mice and reindeer, as well as 70 species of plants which threatened the tussock grasses where albatross nest. Overfishing of the nutrient-rich seas also threatened the island’s eco-system. 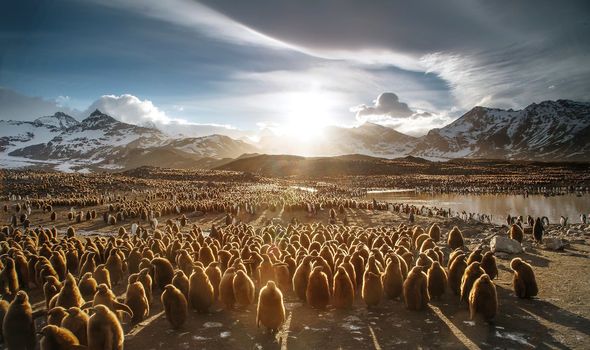 But whaling is now banned, fishery protection vessels stop illegal operations within 200 miles of the coast and legitimate trawlers send samples to British scientists on the island so they can monitor the health of the seas.

The rats and mice, which for years were eating the eggs and chicks of thousands of nesting birds, have been wiped out by the South Georgia Heritage Trust in the world’s biggest rat eradication project.

One of the biggest threats is climate change, which is melting the ice that covers so much of the islands.

Sir David, who first came to South Georgia with the BBC in 1981, said: “Since I was first here the island’s glaciers have retreated, some by 500 metres.

“A 2.5C rise in air temperatures in the past 70 years means the Antarctic is one of the fastest warming regions on the planet.” 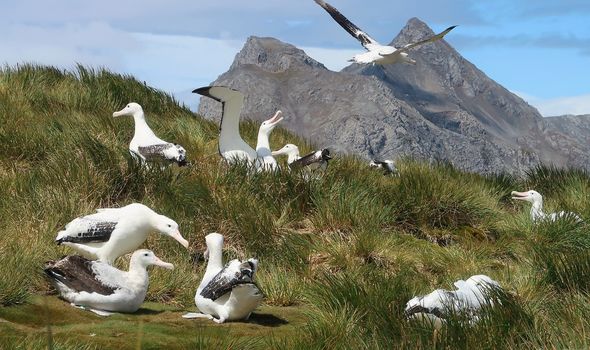 But the video – which tells visitors how to minimise the risk of bringing alien species ashore – gives armchair naturalists a glimpse of the island’s stunning beauty. Sir David urges viewers to be inspired.

He said: “I’d like to invite you to share the wonderful story of how an ecosystem can be saved from disaster. Let it be your inspiration to seek out nature, and play your part in protecting and restoring our planet, whenever and however you can.”

“The stunning wildlife will fill you with awe and make you wonder at the incredible beauty of the island. South Georgia shows us how much better our planet can be if we learn to live in balance with nature.”

You can watch the video at gov.gs/south-georgia-a-visitors-guide/ 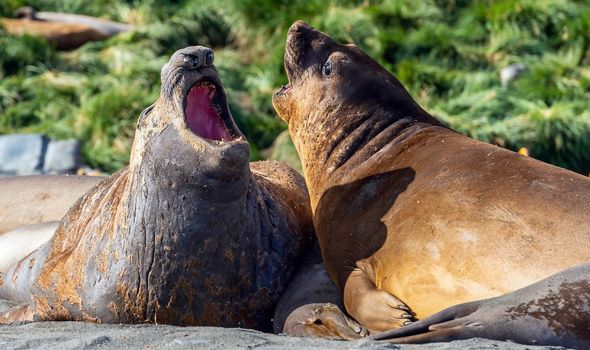 South Georgia, with its 9,000ft peaks, dramatic history and wildlife treasure trove is high on my bucket list.

It has the largest concentration of marine mammals and seabirds of anywhere on the planet.

The main residents are counted in the millions, with up to 30 million breeding birds.

They include half the world’s grey-headed albatrosses and a significant proportion of wandering and black-browed albatrosses.

But the feathered stars of this island group about 600 miles east of the Falklands are the penguins – about seven million of them including macaroni, king and gentoo.

The islands have bird varieties found nowhere else on Earth – a pipit, a pintail duck, a cormorant and a tern.

Then there are the 500,000 southern elephant seals and five million fur seals or 95 percent of the global population. But this thriving haven for wildlife was nearly destroyed.

The Government of South Georgia and the South Sandwich Islands hit back by protecting its fisheries.

The video also captures an ever-present threat which can only be tackled internationally.

It shows a glacier in St Andrews Bay in 1975 towering over the shoreline. A later photo shows it melted away.

Other glaciers are shrinking, a clear sign of the rapid warming of the Antarctic through climate change.

South Georgia offers hope because it proves that man can undo the damage he has wrought.

But it also carries a warning: man could still wreck it.