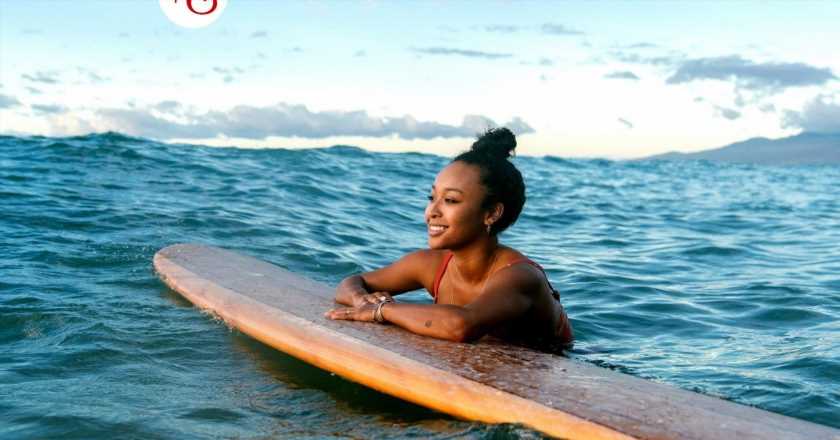 The soft life trend sees women ditch hardship in favour of ease and happiness – the ultimate antithesis to the girlboss culture of the 2010s.

“Soft life… more than just a lifestyle but a way of life” TikToker and poet Simply Sayo says in one of my favourite TikToks.

The 46-second video clip, shared in April, perfectly encapsulates the magic of the soft life movement that sees women ditch struggle and hardship in favour of happiness and peace while putting their needs front and centre. To get technical, Urban Dictionary defines it as “the opposite of hard life, where you make decisions that leave you feeling stress-free and vibrating higher”.

And it’s more popular than ever right now. Head to TikTok and you’ll find #Softlife has amassed over 193.6 million views on videos about how everyday Black women are adopting softness into their day-to-day, showing a radical shift in how we view softness today, particularly when linked to Black women.

For me, the beauty of the soft life movement, a term which has origins in Nigeria but has been popularised by African American women in response to the hustle and girlboss culture that dominated the 2010s, is the ability to unapologetically put myself first. Whether that’s saying no to things that don’t serve me or stating my intentions and expectations with someone I’m dating, it hinges on being clear about who I am, what I want and ridding myself of the belief that struggle and hardship is the benchmark for growth.

While it may be a new trend on social media, it has long history in pop culture. Some of my earliest memories of women living the soft life existed on television. From Toni Childs in Girlfriends to Hilary Banks in The Fresh Prince of Bel-Air, these women prioritised their own needs, enjoyed luxury and were unapologetic in it – something which wasn’t particularly encouraged in the 90s when misogynistic stereotypes still dominated and representation of Black women in positions of wealth was limited and often earned them the label as “bougie Black girls”.

Although they were ridiculed for being materialistic and vapid, many of us secretly loved them for their audacious ability to be themselves unapologetically.

While elements of their characters – like humans – were flawed (Hilary was often considered ‘ditzy’ and Toni ‘self-centred’) – they provided a representation of women who had high standards, high expectations and knew that they deserved the best – and at that time, it was pretty damn radical to see.

Decades later, the ‘bougie Black girl’ is no longer seen as someone to criticise but to aspire to. Among Black students in higher education, women are more likely than men to earn degrees, placing them in a space where they are more educated and thus have more disposable income to indulge. This combined with a greater focus on self care amid the coronavirus pandemic has resulted in many making changes to how they spend their time and money and use social media as a tool to convey these desires.

You only need to take a look at influencers like @melissaswardrobe and @jackieaina, who have amassed hundreds of thousands of followers who eagerly ‘like’ the carefully curated visuals that personify the soft life aesthetic online, to get a sense of how our ideals of what success looks like have shifted.

Madeline Wilson-Ojo, a children’s author and freelance writer, began to adopt the soft aesthetic after mentally and physically struggling during the pandemic. “Being the first daughter in my Ghanaian family, I had been hardwired to take on an insane number of responsibilities at any given time. But coming out of lockdown with a baby changed me more than I was willing to admit,” she says. “I thought I could go back to work, and juggle life like I always had but the pandemic and motherhood had shifted something in me.”

For Wilson-Ojo, it was trying to excel in all areas of her life – from motherhood to her relationship to thriving at work that forced her to re-evaluate. “The truth is I was failing at everything and I knew something had to give,” she adds. This revelation led her to take small steps to create more time for herself, from not working past 5pm, trying to get into bed early and constantly telling herself that she deserved rest.

“The biggest change so far though has been quitting my 9-5 job, and choosing to focus on motherhood and my writing career,” she says. “Now my time is largely spent raising my son and writing my second children’s book – these are the things that make me happy.”

“Many women, particularly Black women, have seen generations ahead of them work their fingers to the bone, sacrifice their comfort and put themselves last for the sake of others because for a long time it was the only choice,” she adds.“Now, we are saying ‘no more’. So, the soft life is also about choice, and using your agency to create the life you desire.”

In this way, the soft life movement acts as an antithesis to the documented link between Blackness and hardship – it strips us of those labels and harmful stereotypes such as “angry Black woman” or the “jezebel” trope that has long been associated with Black women.

And don’t get me wrong, this isn’t about aiming to live luxe at all costs. It’s more than fancy clothes, international travel and luxury dinners. It’s embracing softness, vulnerability and emotion that filters through to how we approach relationships, careers, wellbeing and how we’re perceived in the world.

“I enjoy the finer things in life, but living a soft life is a lot more than material things for me,” says *Leanne Wright, a project manager from London. “It’s about putting myself first in a world that tells women that we shouldn’t – and as a Black woman, that’s amplified tenfold.”

It was seeing Black women embrace the soft life on social media that encouraged Wright to not be afraid of going after what she wants.“I get told I’m bougie all the time because I like to go for nice dinners and splurge on myself here and there,” she says. “But I work hard and there’s no reason why I shouldn’t enjoy that aspect of living a soft life, along with the more important parts of the lifestyle such as setting boundaries about what I deserve and expect of people in return.”

While the soft life movement is about a lot more than material items, it’s easy to misinterpret when so many the images promoting the lifestyle seemingly glorify luxury – and this poses a problem. For more women to embrace the soft life approach, it needs to feel like it’s accessible, regardless of how much money they make or their current socioeconomic status. To do this, greater focus needs to be placed on how living a soft life can work for your current situation and positively impact different aspects of your life that go beyond your career to your relationships, mental health and more.

“Luxury can be described as material wealth, but for me, it’s so many other things,” says Wilson-Ojo. “It’s about having time for myself, creating pockets of joy throughout the day, being in good health physically and mentally, having a good support system, and doing things I enjoy. I believe if more people embraced this definition, the soft life would become more accessible.”

Wright agrees. “It’s about how you define soft life. There’s no hard or fast meaning but it’s definitely about feeling content in your life overall – be it your finances or your mental health,” she says. “But putting all your focus on materialistic things as part of this isn’t sustainable in the long run and will cause unnecessary stress.”

Ultimately, living the soft life comes down to one thing – being audacious enough to believe you deserve better. I certainly plan to embrace my very own soft girl era and find joy and happiness where I can, and you should too.