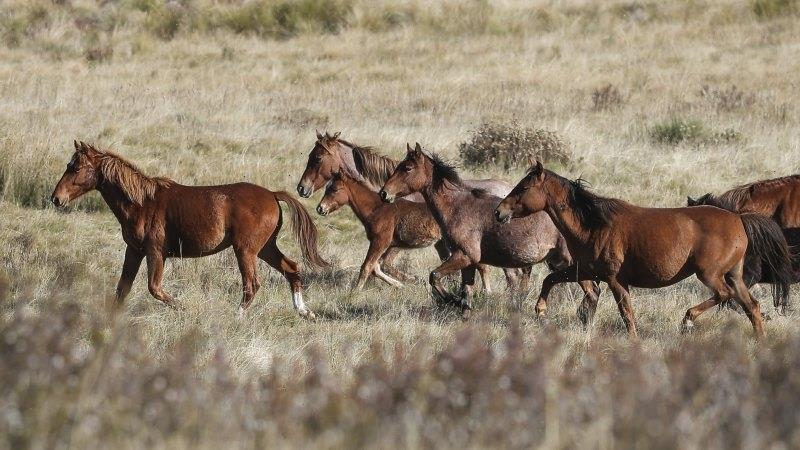 Ground and even aerial shooting of brumbies should be among the methods used to control burgeoning numbers of feral horses in the delicate Kosciuszko National Park, documents show.

The material, released under freedom of information laws, reveals scientific and community panels agreed current efforts to trap and rehome animals could not meet objectives to cut numbers to zero in parts of the park. They also show little is known about their impact on Indigenous cultural values. 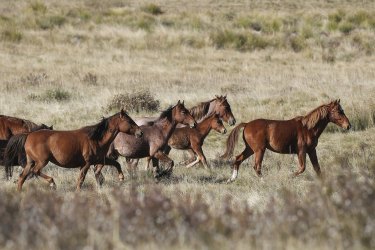 The advisory panels “discussed aerial shooting, which is still legal for use in NSW”, one document noted, adding it “removes many animal welfare impacts of other methods” to control numbers.

A separate document by the scientific panel, dated February 2020, said that while so-called passive trapping and re-homing of horses “should be the preferred option when circumstances are suitable” it was “almost certainly” inadequate for the number of animals that need to be removed.

Especially after the 2019-20 bushfires on the park, the “only advised methods” were likely to be trapping horses and shooting them, or transferring them live to a nearby knackery and culling them there.

“Long distance transport to abattoirs (where independent animal welfare audits are not feasible) as has previously commonly occurred, has the worst welfare impacts on horses and the [scientific panel] recommends discontinuing the practice,” the document shows.

In the same document, the panel also noted there “the almost complete absence so far of any consideration of the effect of horses or horse management on the widespread and significant Aboriginal heritage values of [the park]“.

The Berejiklian government passed its Wild Horse Heritage Bill in 2018, citing the animal’s links to European settlement and provision of horses to wars as reasons to protect the introduced herbivore. 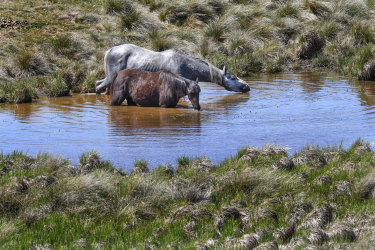 Authorities in NSW have generally avoided shooting of horses following an outcry in 2000 after shooters killed more than 600 of the animals in the Guy Fawkes River National Park.

Environmental groups and scientists say the hard-hoofed brumbies wreak havoc on delicate upland bogs and streams, threatening endangered species such as the corroboree frog. Herd numbers can increase at an annual rate of more than 20 per cent, or faster than they can be rehomed.

James Trezise, conservation director for the Invasive Species Council which sought the documents, said that, as with COVID-19 numbers in the state, “we’re also not flattening the curve” for horses.

Costing about $4500 per horse to trap and rehome, “the cost is spiralling out of control,” Mr Trezise said. “Taxpayers of NSW and Kosciuszko park users are to going to have to pick up the tab.” 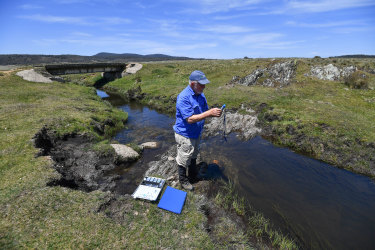 A spokeswoman for the National Parks and Wildlife Service said that a management plan is being developed, which will detail how the horse population will be further reduced.

“The plan will safeguard the environmental values of the park, while also protecting the heritage values of the wild horses,” she said, adding that the government intends to release the draft plan soon for 30 days of public comment.

Richard Swain, a Wiradjuri man and a spokesman for the Reclaim Kosci group, said “there’s very much a gap” in knowledge about Indigenous connections to the region.

Peter Cochrane, a brumby supporter and former Nationals MP for the region, said he wouldn’t be surprised if aerial shooting of horses was an option.

He said the government should release the scientific panel’s full assessment before the draft plan is put up for public feedback to aid the debate about what control methods should be used.

“Regardless of what side you’re on, it should be out there,” Mr Cochrane said.