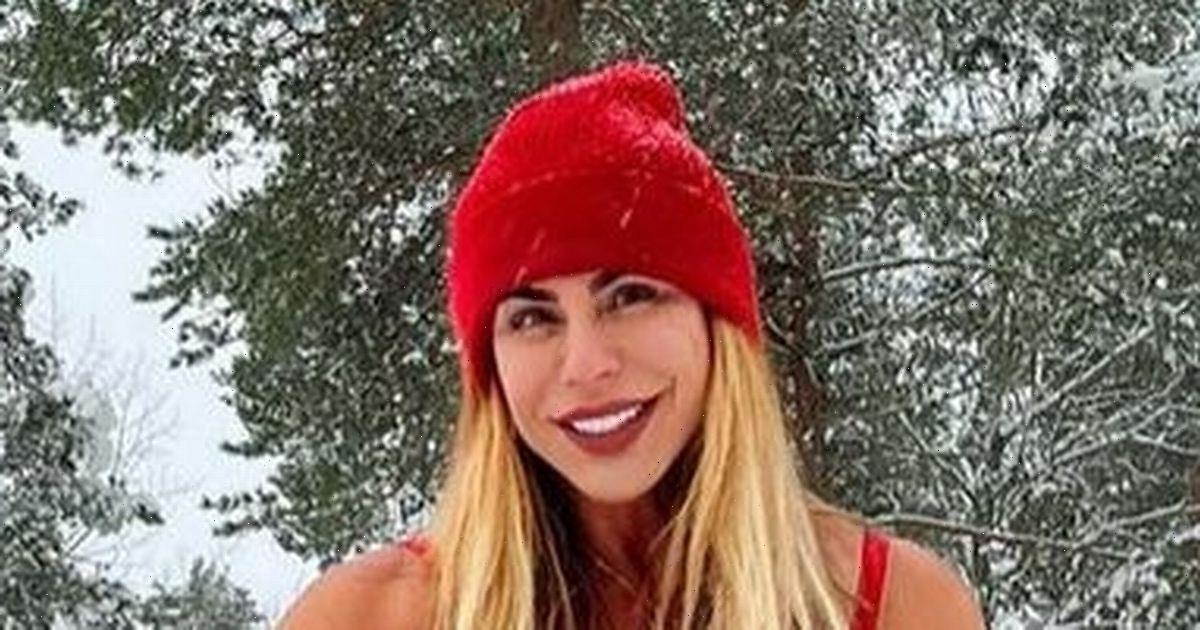 Nothing screams it's Christmas more than a little bit of snow outside our windows.

Us Brits were lucky enough to enjoy a spell of the white flakes earlier this month.

Now one influencer certainly took advantage of the snow when she stripped off for a series of racy snaps in the cold.

Andrea Sunshine, 53, raised temperatures when she posed for a gorgeous shoot on the sloops.

The fit gran was holidaying in Oslo, Norway, when she slipped into a red lingerie set for the jaw-dropping shots.

She shared the snaps on Instagram where she boasts 203,000 followers.

In one photo, she crotched down in the snow as she grinned at the camera.

Andrea told fans she saw her butt turn purple, but said it was all worth it.

Her caption read: "And when your bum freezes in a photoshoot.

"I didn't even know that was possible until I saw mine turning purple.

"I had to rush to the hospital after taking these photos at Holmenkollen. -13 was fatal for my bum."

Andrea added: "But it worth it, they look wonderful. I would do it all again, but now even more."

The fit gran gave off "Santa vibes" in the snaps, as fans rushed to comment on the post.

One wrote: "Ice ice," while another commented: "Awesome."

The singleton was recently on a hunt for a "rental boyfriend" to shoot racy OnlyFans content with.

On Instagram, she enlisted the help of her captive audience to find the correct candidates.

The influencer defined some criteria to decide who would come out with the crown.

"I want a man around 30, who trains and cares about his physique, doesn't have children, and doesn't smoke," she said.