Take a look at Kristen Wiig's Cheetah costume for the first time in the new Wonder Woman 1984 trailer. 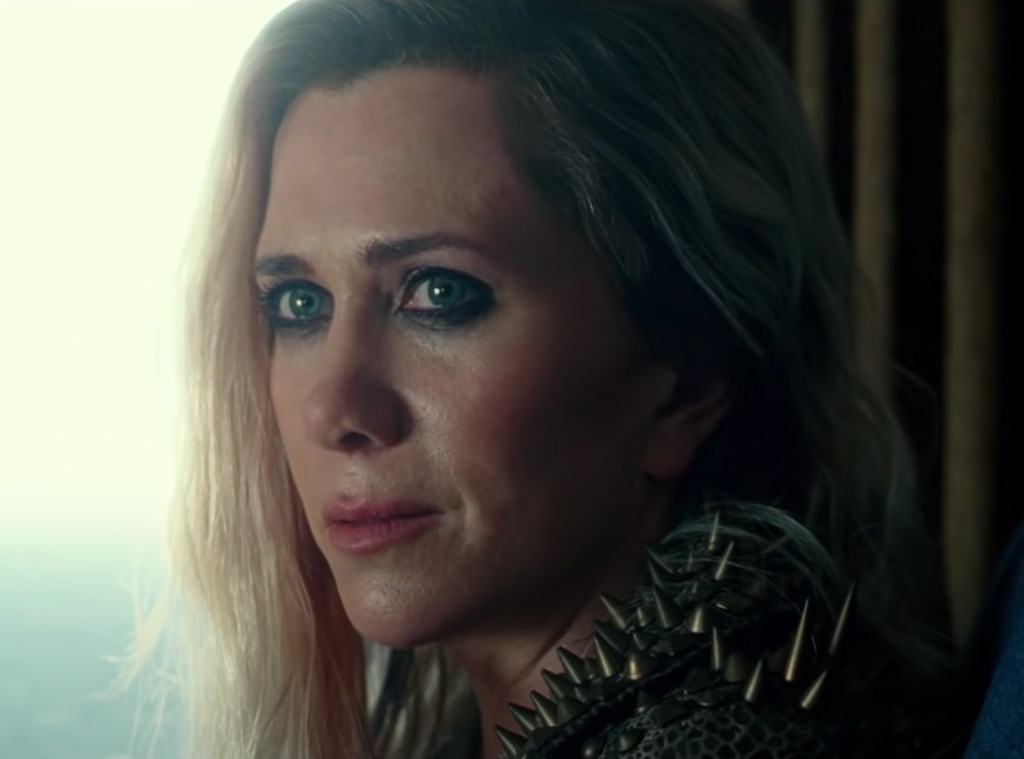 Plus, the film's stars joined in on the fun to celebrate the new trailer, including Gal Gadot, Kristen Wiig, Chris Pine, Pedro Pascal and director Patty Jenkins.

As if that weren't thrilling enough, the latest clip gave fans a first look at Cheetah's costume and transformation. Wiig will not only play the film's villain but she'll also portray archaeologist Barbara Minerva, who later turns into Cheetah.

"You've always had everything while people like me have had nothing," Wiig's character says in the trailer while facing-off against Gadot's Wonder Woman. "Well, now it's my turn. Get used to it."

In a later scene, Gadot's character asks, "Barbara, what did you do?"

After showing the new trailer, the Wonder Woman 1984 lead took to social media to express her excitement.

"We've been so dedicated to bringing you another amazing chapter of Wonder Woman's story," Gadot's message began on Twitter. "It's bigger, grander, w/ every detail perfected. We busted our butts off for this film and we can't wait to share it with you in theaters. Until then, enjoy the second trailer!"

Making the cast's remote reunion more special? Lynda Carter made a guest appearance. "Thrilled to be part of the #DCFanDome fun… thanks for having me," she wrote on Twitter.

Patty quote tweeted, "Wouldn't have been the same with YOU! We love you @RealLyndaCarter. Thank you for joining us."

While Wonder Woman 1984 was originally scheduled to hit theaters in June, the film is currently slated to release on Oct. 2. However, due to the ongoing coronavirus pandemic, nothing is concrete.

Watch the trailer above to see what's in store.