I’m proof SAD is real — but here’s how to see the light: As we begin a long, dark winter, scientists now say Seasonal Affective Disorder is all in the mind

When I moved to the West Highlands of Scotland to live with my partner Andy, 49, almost five years ago, I focused entirely on the beautiful countryside, the glorious wildlife and the peace and quiet.

The availability of winter daylight never occurred to me. But it should have done. Because although during 45 years of living in the north-west of England, I’d always felt low in the colder months and craved carbs, I had never experienced the full effect of Seasonal Affective Disorder (SAD) until my first winter in the far North.

Come December in Argyll, where we live, the sun rises at 9am and sets at 3.45pm.

No wonder that first year in 2016 and every winter since I have suffered from SAD, ticking off almost every symptom listed by the NHS: ‘Persistent low mood’, ‘loss of interest in normal activities’, irritability, despair, lethargy, struggling to get up and craving carbohydrates. 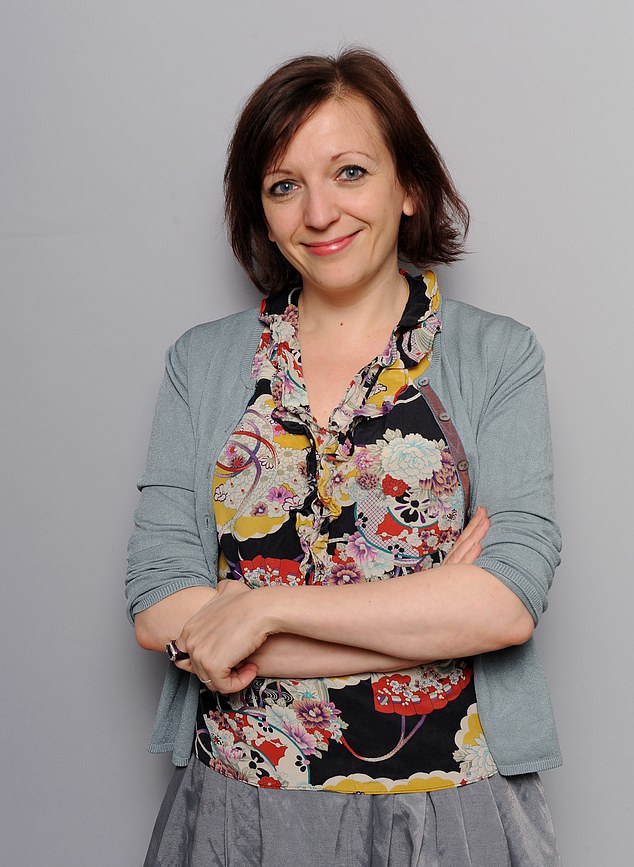 Flic Everett (pictured) who lives in Argyll, examines if Seasonal Affective Disorder is a genuine condition as a new study suggests a lack of sunlight doesn’t influence moods

I’d assumed we all felt the same in winter, but studies suggest only around a third of us suffer.

SAD was first identified by U.S. scientists in the early 1980s. The symptoms fall on a spectrum, with lower energy levels at one end and severe depression at the other.

I’m somewhere in the centre. I’m not paralysed with despair, but as the days shorten, I struggle to get out of bed, and have to force myself to go outside and absorb any available light (luckily, two insistent spaniels help).

I bake huge cakes ‘to cheer us up’, despite knowing my partner hates puddings; and I regularly feel profoundly miserable, without anything specific to pin it on.

My gloom is usually alleviated by a walk in the sunshine, and in previous years I’ve booked a holiday abroad in November for a hit of sunlight before darkness closes in.

This winter, however, like everyone else, I won’t be leaving home, so I’d resigned myself to SAD symptoms beginning in October and lingering on until March.

But now a new study of more than 5,200 people from the University of Groningen in The Netherlands has found lack of sunlight doesn’t influence moods. The research discovered people with a ‘sunny disposition’ are unaffected by the nights drawing in. 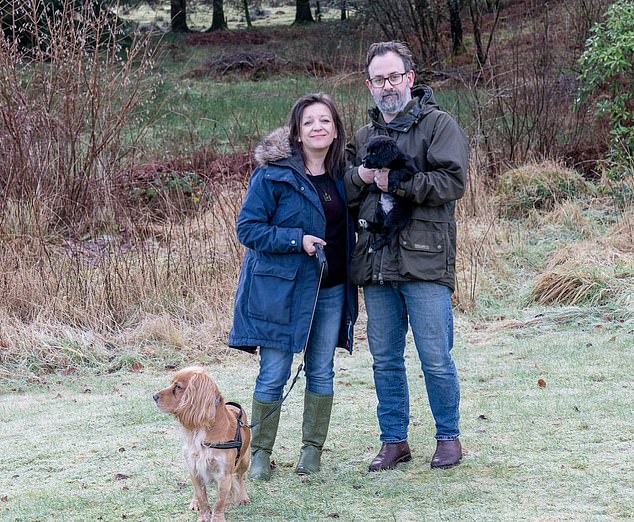 Flic said according to new research, she thinks that she has SAD because she’s already sad. Pictured: Flic and her husband with their dogs

The study’s leader, Wim Winthorst, speculated that some people may feel worse in winter as ‘they attribute their negative mood to factors outside their control . . . [but] winter may serve as a stressor for them, instigating an increase in . . . other depression-related symptoms.’

Basically, according to Wim, I think I’ve got SAD because I am already sad.

However, the study’s key finding was that overall ‘only those already high in neuroticism —those more likely to suffer negative emotions such as anxiety, fear and worry — felt worse at the end of the summer’.

That’s me told. Not only do we face the grimest winter since the war, now 33 per cent of us are diagnosed as ‘neurotic’.

Dr Elena Touroni, a consultant psychologist and co-founder of My Online Therapy, agrees: ‘People vulnerable to emotional instability are more likely to be impacted by the change in the seasons.

‘SAD is certainly recognised as a genuine condition. However, I see lack of light and the change in seasons as increased vulnerability factors that can make people more prone to experiencing depression and low mood. I don’t necessarily see it as something separate.’ 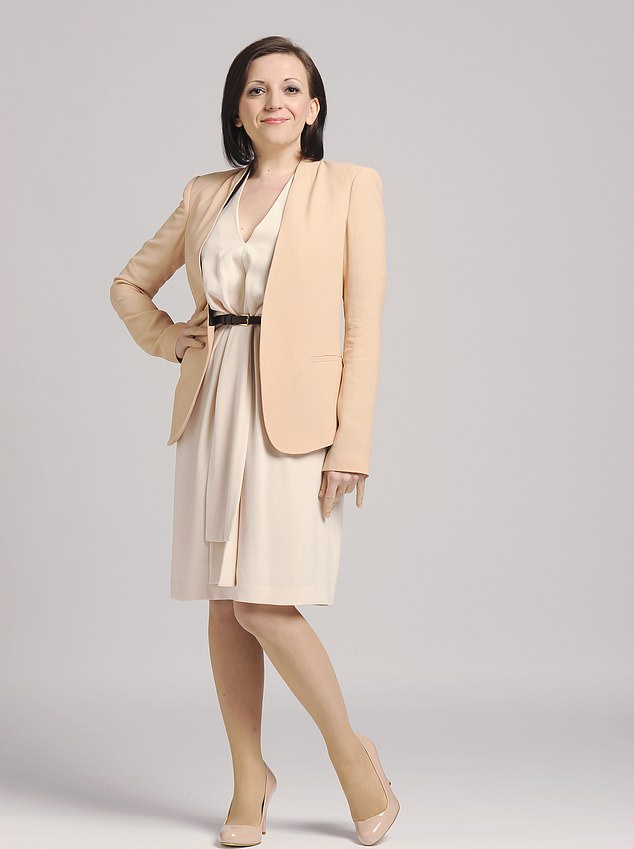 Clinical psychologist Dr Nick Johl told Flic (pictured), SAD is a genuine condition because a reduction in sunlight can affect the hypothalamus in the brain

While I don’t like to think of myself as ‘neurotic’, I have suffered from anxiety since my first panic attack in the school assembly hall, aged 15.

So while the findings ‘do not support the widespread belief that seasons influence mood to a great extent,’ — in other words, it’s all in our minds — it’s no surprise to find being anxious makes SAD more likely.

So, yes, it may be of my own making, but that doesn’t make it less real; simply that anxious or depressed people are likely to feel worse.

Thankfully, clinical psychologist Dr Nick Johl backs me up. ‘In my opinion, SAD is a genuine condition closely linked to depression. A reduction in sunlight availability can affect the hypothalamus in the brain and cause us to produce too much melatonin (a hormone involved in our sleep patterns), which makes us more sleepy and lethargic,’ he says. ‘Lack of sunlight can inhibit production of the brain chemical serotonin. Without it, we can experience low mood and depression.’

When you sleep and wake can also affect the severity of SAD.

Three years ago, I spoke to Mail columnist Dr Michael Mosley who was looking at the condition for a TV documentary. 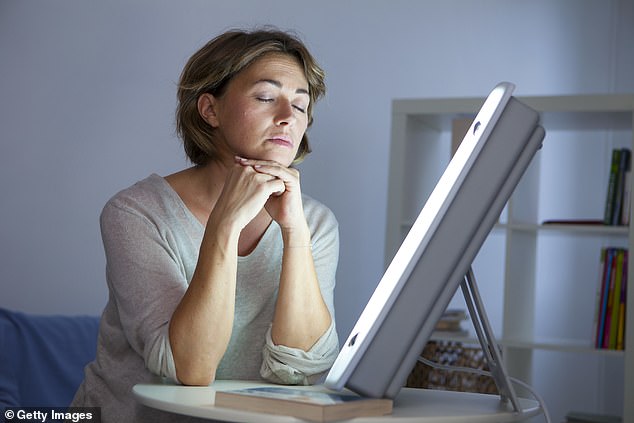 ‘In winter, in the Northern hemisphere, we don’t get enough light to set the biological clock that synchronises our rhythms over 24 hours,’ he told me, ‘so they drift later and later, and if you have a “late” clock when it comes to sleeping and waking, you are more vulnerable to depression.’

I’m not depressed, but can’t sleep till midnight or later, which usually means a late start. But getting out early is key to feeling better, Dr Mosley revealed. ‘Recent research discovered a photo receptor in the eye sensitive to light.

‘As light hits a certain cell in the retina, it transmits information that it’s dawn or dusk, light or dark, direct to the biological clock in the brain.

‘By absorbing light first thing in the morning, you regulate the rhythms in your body. But without that trigger, the brain fails to receive the right signals, and you’ll struggle to wake up, will crave carbs and feel gloomy.’

Dr Brenda McMahon, a neurobiologist from the University of Copenhagen, also found the further North we go, the more likely a diagnosis of SAD. While Scots may be anxious about many things, we can’t all be neurotic. The condition is connected not to direct sunlight, but to the length of the day, whether sunny or not, which is presumably why various studies have found no appreciable effect from Vitamin D on SAD. Sufferers of SAD require actual light. 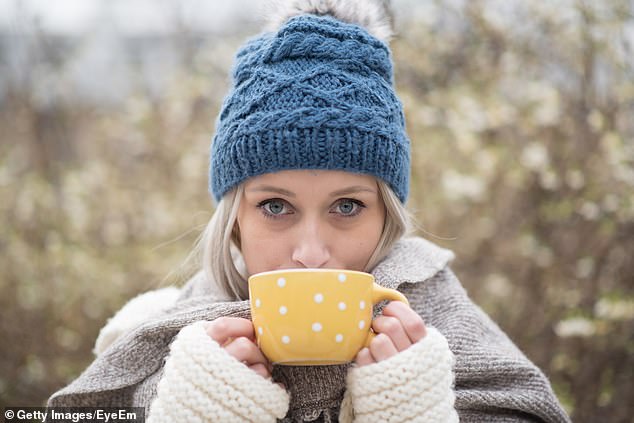 Dr Johl revealed SAD sufferers can benefit from having good sleep hygiene, ensuring there isn’t too many distractions in their bedroom (file image)

There’s compelling research to suggest that SAD does exist — and as the coming months are likely to be even more challenging, I will do what the experts suggest, starting with forcing myself out the door every morning.

‘When you exercise, your brain releases feel-good hormones, endorphins and serotonin, which give you a natural boost and trigger positive feelings,’ says Dr Touroni. ‘Your body also becomes better at managing the stress hormone cortisol.’

Dr Johl recommends practising good sleep hygiene: ‘Make sure there are not too many distractions in your bedroom, no stimulants before bed and keep the room cool.’

I’ll do what they say — plus daily sessions with a lightbox that produces a bright, white light that mimics sunlight to encourage the brain to produce serotonin and reduce melatonin. One study found they also decreased carb cravings.

So maybe by next winter I’ll be less dependent on cake — and be able to look forward to a sunny holiday, too.