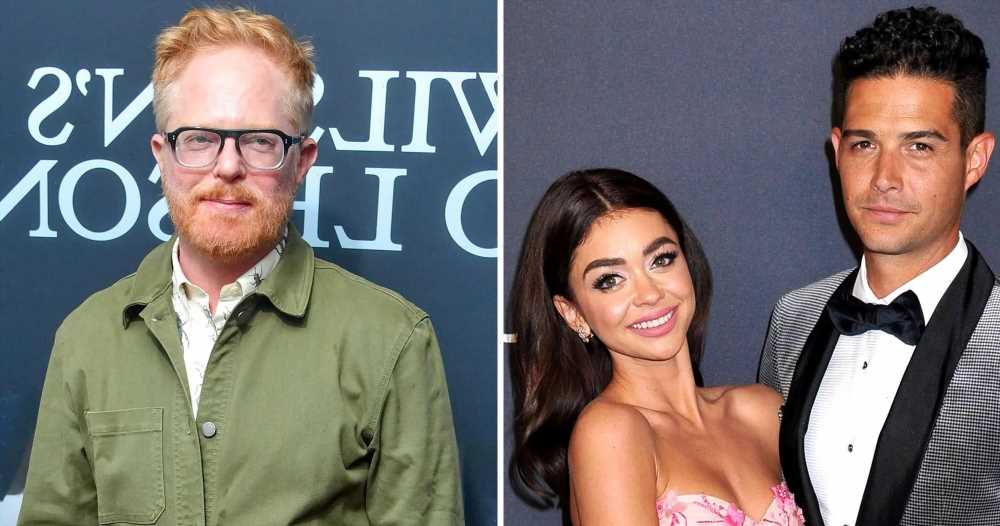 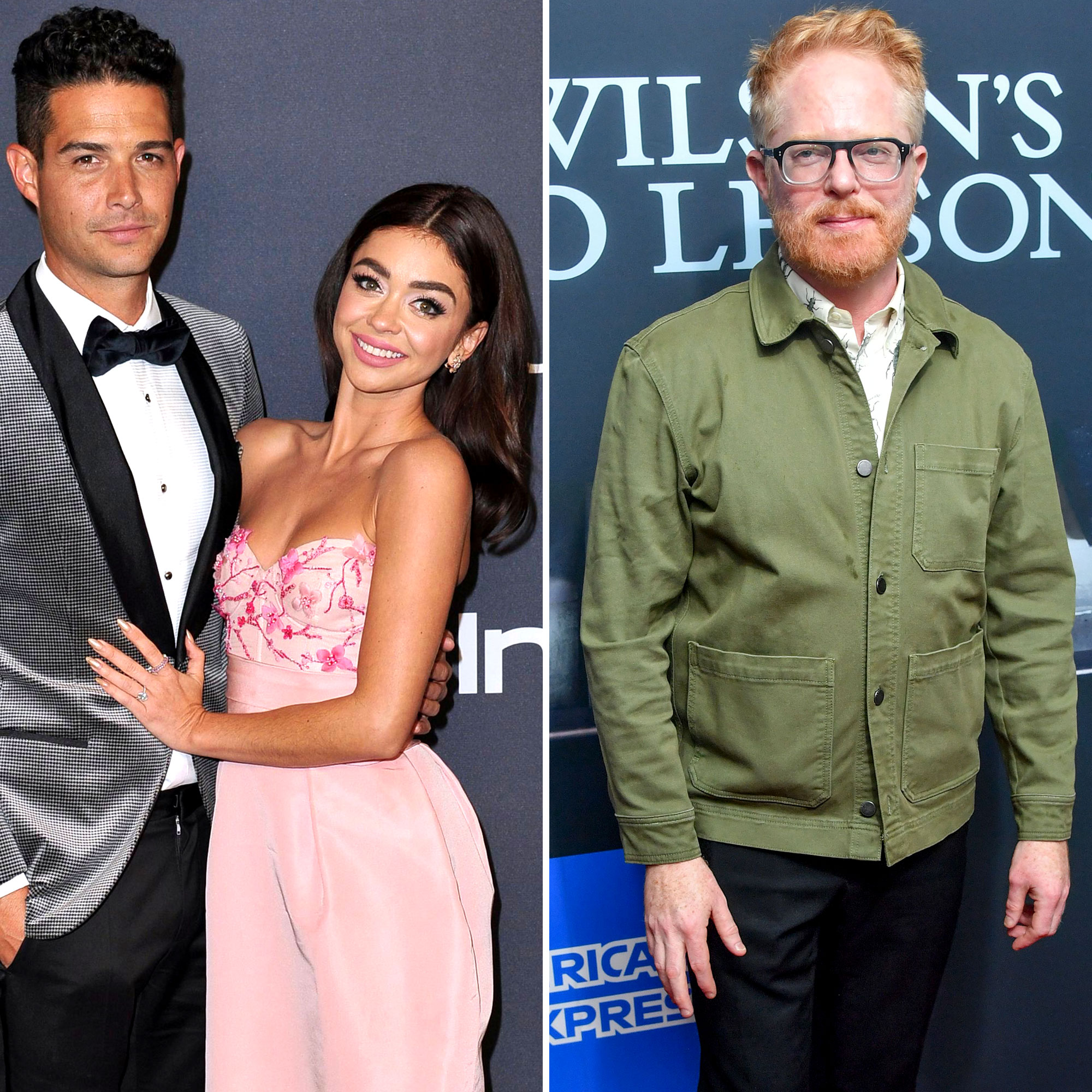 A modern wedding for a Modern Family! Jesse Tyler Ferguson officiated Sarah Hyland’s August wedding to Wells Adams — and the actress is now sharing a video of her former costar’s sweet speech at their nuptials.

“To be married by @jessetyler was a dream and a privilege. Jesse, you have been such an amazing friend, mentor, and an integral part of our lives,” the Vampire Academy star, 31, wrote via Instagram on Saturday, October 22, alongside a clip of Ferguson, 47, marrying her and the Bachelor in Paradise alum, 38. “So happy birthday to the best officiant of all time!” she added in her celebratory post. “Our wedding truly would not have been as special without you 💕🧙🏼‍♂️.”

Ferguson began his speech by joking about Adams’ Bachelor Nation past.

“This is the final rose ceremony,” the Broadway actor joked, eliciting laughs from the happy couple and the guests, which included plenty of Adams’ Bachelor Nation costars. While the Class alum peppered the ceremony with various quips — “I feel like Gandalf,” he joked after sharing a particularly powerful passage — his speech was mostly solemn and sincere.

“Marriage is hard work. It tests your limits,” Ferguson — who has been married to Justin Mikita since 2013 — shared with the couple, noting that while “marriage can sometimes be a struggle … struggle generates life and growth and deeper love.”

He continued: “No couple makes it through tough times without compassion and communication. Collaboration, appreciation for one another and the ability to make each other laugh throughout the hardest of times,” the Pete the Cat actor said. “And these things are already part of the fabric of your relationship.”

In response to Hyland’s post, Ferguson joked in the comments, “I’m gonna put this on my reel.”

After the ceremony, the actor — who portrayed Hyland’s character’s uncle on Modern Family for 11 seasons — revealed that it was actually her TV dad Ty Burrell who was originally supposed to officiate.

“I don’t know if people know this, but Ty Burrell was meant to do it, and there was a family emergency,” Ferguson told Entertainment Tonight in August, revealing he “got a phone call 12 days before the wedding” asking him to do the honors. “I did call Ty, like, ‘What are some of your bullet points that you were going to talk about, because I need to fast-track this.’ He hadn’t written anything up, but he had some ideas, and I was like, ‘Oh, this is all really good. This is a jumping-off place.’”

He added: “I was honored to do it,” quipping, ”Very happy to understudy Ty Burrell.”

As for Hyland and Adams’ reaction to the ceremony, the Bachelorette alum exclusively told Us Weekly that he was “crying like a baby” while watching his bride walk down the aisle.

“Sarah said before the wedding, ‘If you don’t cry when you see me for the first time walking down the aisle, I’m gonna be really upset,’” he told Us last month. “And I was like, ‘That’s a lot of pressure. I’m not an actor.’”

However, the reality star added, “Luckily enough, I was crying like a baby when she turned the corner with her dad and then I was hugging her dad and I was crying with him, then reading the vows, I was crying and you know what … she didn’t really cry at all. And I was like, ‘What the heck. What’s going on!’” Adams joked.