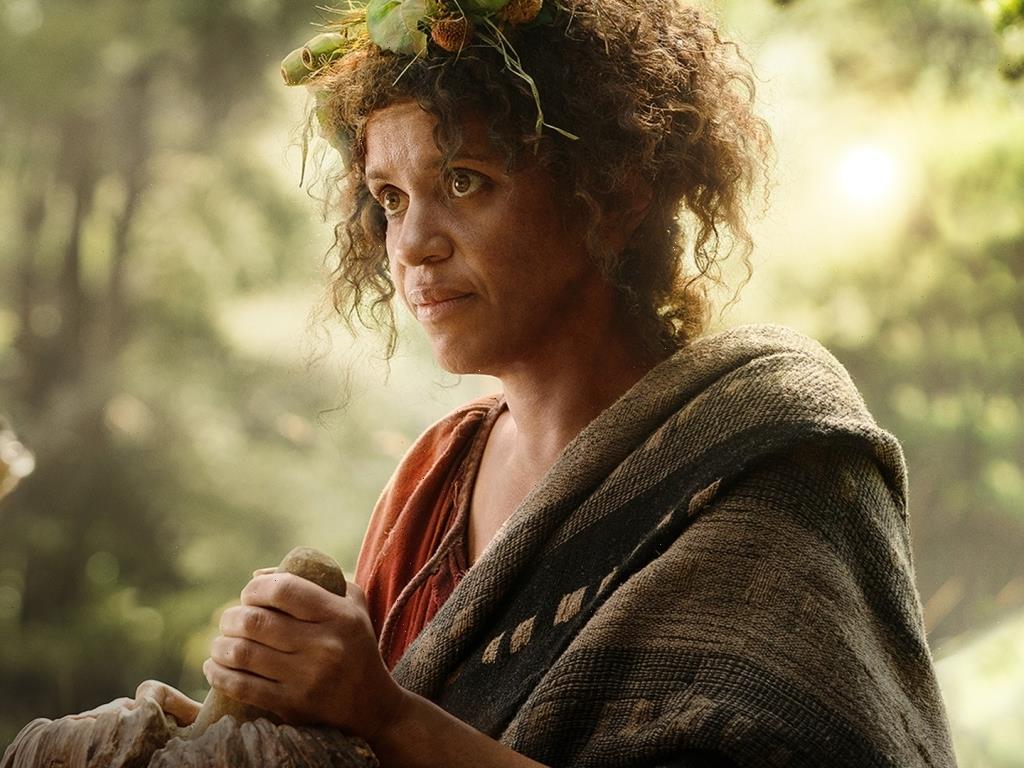 Ever since she was a little girl, Sara Zwangobani wanted to be part of a fantasy world. Be it a galaxy far, far away or a magical world hidden in plain sight, the actress envisioned herself there. As a longtime fan of J.R.R. Tolkien’s seminal work The Lord of the Rings, venturing to Middle Earth was the biggest dream of all for Zwangobani. Now, it’s a reality. The actress stars alongside the ensemble cast of Amazon Prime Video’s The Lord of the Rings: The Rings of Power, and shared in an exclusive interview with SheKnows how her established career and motherhood prepared her for the role of a lifetime.

“I’ve been doing this for a long time, and I think it would have been very interesting if this had happened earlier in my career,” Zwangobani said of earning her role in the fantasy series, while also musing about what could have been during the more impressionable chapters of her career. “Because now I think that I just take it as a job — but an amazing, amazing job, the dream job. Also, I’m a mum now, so that all keeps me very earthed.” 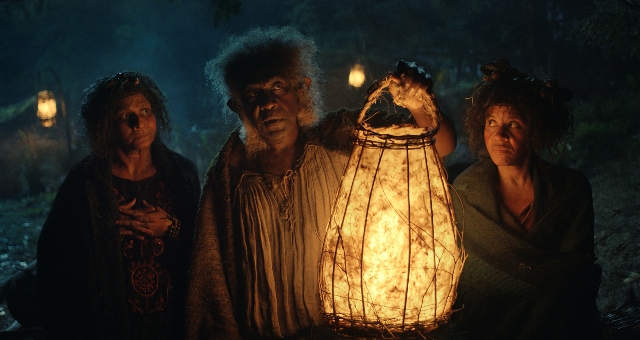 “It would have been interesting [to get this opportunity] when I was younger and a bit more naive and youthful,” Zwangobani admitted. “But it still is incredible for this to happen at any point in your career. I think my longevity has made it a much more grounded experience than it might otherwise have been.”

Zwangobani’s approach to this prequel to The Lord of The Rings series has been full of new experiences, from her first Comic Con to red carpets, and more. Zwangobani only wishes “I could tell that little 8-year-old girl this is going to happen because she would have just been over the moon. It’s an honor to be part of it.”

Read on for our full Q&A with the actress.

SheKnows: What was your entry point with The Lord of the Rings? And what was your initial impression as soon as you started to immerse yourself in that world?

Sara Zwangobani: I’m a complete Lord of the Rings nerd. I’m a fantasy, sci-fi nerd, actually. I started reading Tolkien when I was probably about eight and was absolutely just blown away and obsessed with the whole world for a very long time. It started my love of fantasy. And then I became just immersed in the worlds of fantasy and sci-fi. To, many years later, get this gig was incredible. I have always wanted to be in a huge fantasy series or film. But I never thought it would be the one that started it all for me.

SK: What can you tease about your character?

SZ: She is a mum, similar to me. And she is a leader of her community. She’s very much wanting to ensure the survival of her family — she’s all about her family. Sometimes her family don’t always agree with — she’s a bit of a matriarch — her decisions or her promptings and pushing them into certain aspects of their lives. She’s a mom and a Harfoot.

SK: Was there a moment when you either walked onto set, or were in the hair and makeup chair, where you felt the shift and you felt your character come to life?

SZ: Yes, 100 percent. There was, especially in the early days, there was a feeling of being very surreal. We shot predominantly, apart for like a week-and-a-half, we shot outdoors — my tribe shot outdoors the entire time. We were in the beautiful New Zealand landscape out in forests, and there were carts and there was the set and everything. I kept having to pinch myself that I was there.

But there was definitely a moment where it really shifted where it became as if we were the family, the Brandyfoot family, and this was our tribe. It’s really interesting because having had this relationship with Tolkien all my life, now I feel like it’s taken on a whole new meaning for me, it’s actually become mine — this family and this community. This word is used a lot, but it was really magical.

SK: Since you were in New Zealand, did you actually get to visit Hobbiton?

SZ: I did actually! One of my voice coaches took me out there because she said it’s a spiritual journey. And it was. We went and spent the day out there paying homage to the Peter Jackson films — obviously they’re amazing — and to what had come before. That was incredible. Our show goes in our own direction and puts our own stamp on it, but it was wonderful to finally go to Hobbiton after having watched those films so many times over the years.

SK: Ok, I have to ask — theatrical release or extended edition? 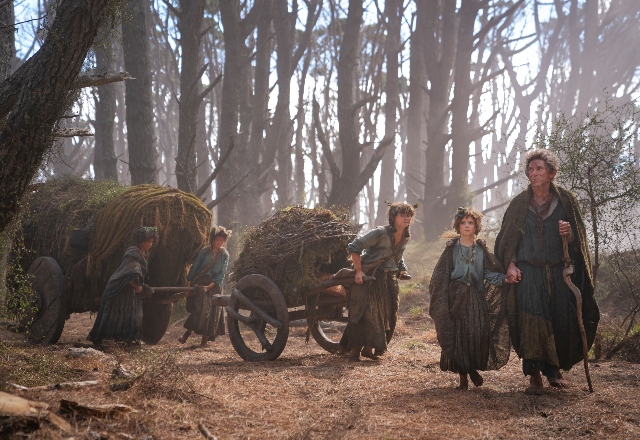 SK: Well, let’s get back to the series. Do you think there is a certain challenge about coming back to Middle Earth and bringing this new story to a fan base that is already so dedicated?

SZ: Absolutely. I think there’s a challenge. The fandom, which I am a part of, can be very attached to the work. And that’s a great thing. Of course, there is a challenge to making sure we meet and surpass their expectations. I think we honestly do in this show. For me personally, I think at the beginning, that was something I was aware of. But as I said, once I actually started becoming more immersed in the world, it just took on a life of its own. And J.D. [Payne] and Patrick [McKay] the showrunners, are talking and walking encyclopedias. They just know everything about everything. What they have done is absolutely pay respect to what has come before, while, as I said, going in our own fresh, new direction. I can’t wait for you to see it, actually. I love talking to people who are fans.

SK: How have you and the cast kept yourselves grounded in anticipation of the show’s premiere?

SZ: Our company was very close due to COVID. We actually all spent the entire time in New Zealand and that wouldn’t normally happen — people would fly in and out. We became each other’s support and each other’s family. We’re in touch all the time. I was actually just on the phone last night to my gang, they’re all in London. It’s being support for each other. We’ve just kept completely grounded through the whole thing. It was like being in another world because we’re on set, but in other worlds because we were in this country that most of us hadn’t been in before. It felt super grounded while we were doing the whole thing. It will be interesting, I have to say, once it launches, because of course that’s a whole different beast. But we’re there for each other.

SK: At this point in your career, what does it feel like to have this type of project and role in your hands?

SZ: I’ve been doing this for a long time, and I think it would have been very interesting if this had happened earlier in my career. Because now I think that I just take it as a job — but an amazing, amazing job, the dream job. Also, I’m a mum now, so that all keeps me very earthed. It would have been interesting [to get this opportunity] when I was younger and a bit more naive and youthful. But it still is incredible for this to happen at any point in your career. I think my longevity has made it a much more grounded experience than it might otherwise have been.

Marigold is a brand-new, fresh character. She belongs to me. That has also been incredible. A lot of the roles that I’ve done — I’ve played Mark Antony in Julius Caesar, I’ve done American plays, like A Streetcar Named Desire — [means] stepping into roles that lots of actors have done before, which is also incredible. But Marigold is very personal to me. And that is quite incredible.

SK: What does it feel like as an actor to be a part of this huge moment for the fantasy and sci-fi genre?

SZ: I think it’s absolutely incredible. Being a fan, myself, seeing how much of a renaissance is happening with the sci-fi fantasy genre, and instead of being like this sort of person that was really into this stuff that no one else was into, as you could imagine, now they’re getting awards. It’s being hugely respected. I wish I could tell that little 8-year-old girl this is going to happen because she would have just been over the moon. It’s an honor to be part of it.

SK: What do you think fans of the books and of the films are going to love about this new story?

SK: All right, time for some fun, nerdy questions. If you were a creature inhabiting Middle Earth, what would you be?

SK: I wouldn’t expect anything less from a Brandyfoot! If you were journeying through Middle Earth, who would be in your Fellowship?

This interview has been edited and condensed for clarity.

The Lord of the Rings: The Rings of Power premieres on Prime Video September 2.

Before you go, click here to see which books you should read based on your last binge-watch.