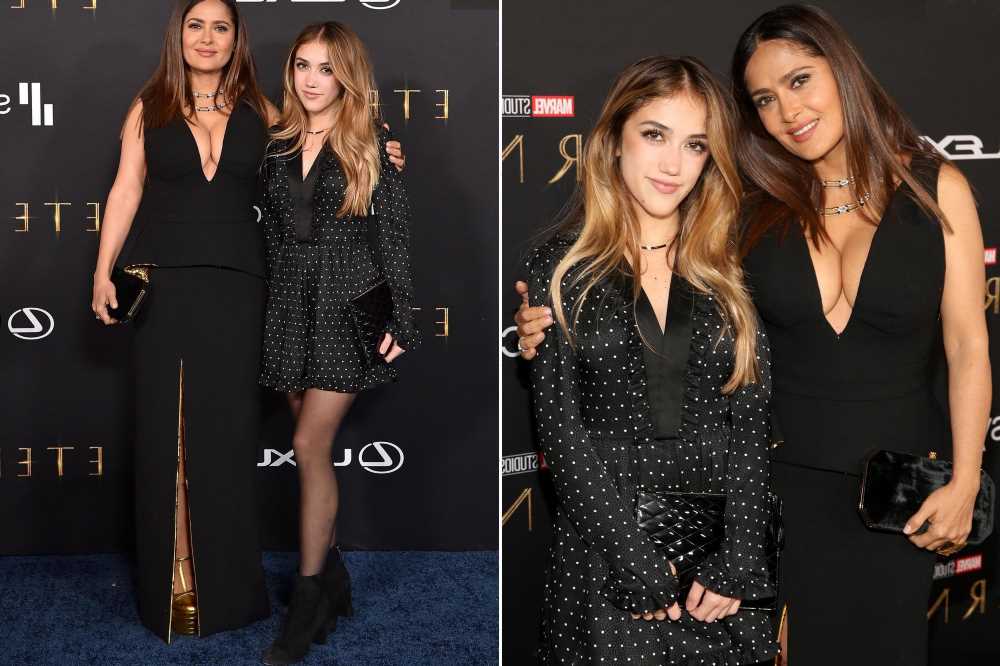 Salma Hayek made a rare red carpet appearance with her 14-year-old daughter, Valentina, at the “Eternals” movie premiere on Monday evening.

Hayek, 55, smiled beside her mini-me as they posed for pictures together at the stylish event at the Dolby Theatre in Los Angeles.

The “Frida” actress showed up in one of her signature busty looks, wearing a plunging black gown with gold trim that included a sexy slit down the thigh. She completed the ensemble with a gold pair of platform heels.

Meanwhile, Valentina looked all grown up in a frilly black minidress with white polka dots, complete with black tights and a coordinating patent leather clutch.

Hayek rarely brings her daughter to public events, though she did have Valentina accompany her to Milan Fashion Week in February 2019. Valentina, who was 11 years old at the time, was dressed to impress, rocking Bottega Veneta from head to toe for the label’s runway show. 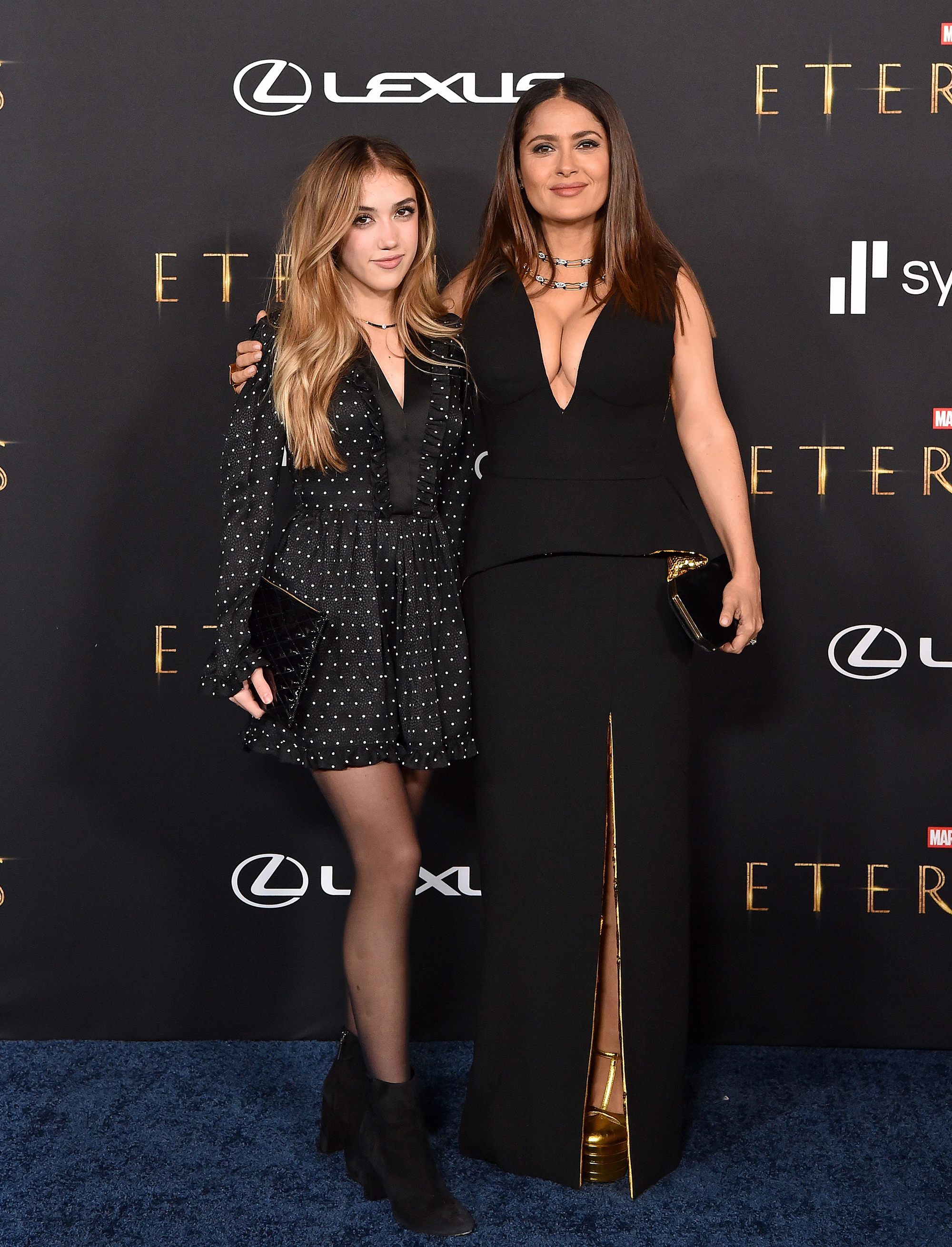 Hayek shares Valentina with her husband, François-Henri Pinault. They married on Valentine’s Day in 2009, nearly two years after welcoming their daughter.

The actress opened up about Valentina in 2015, insinuating that she could follow in her mom’s footsteps and pursue a career in Hollywood. 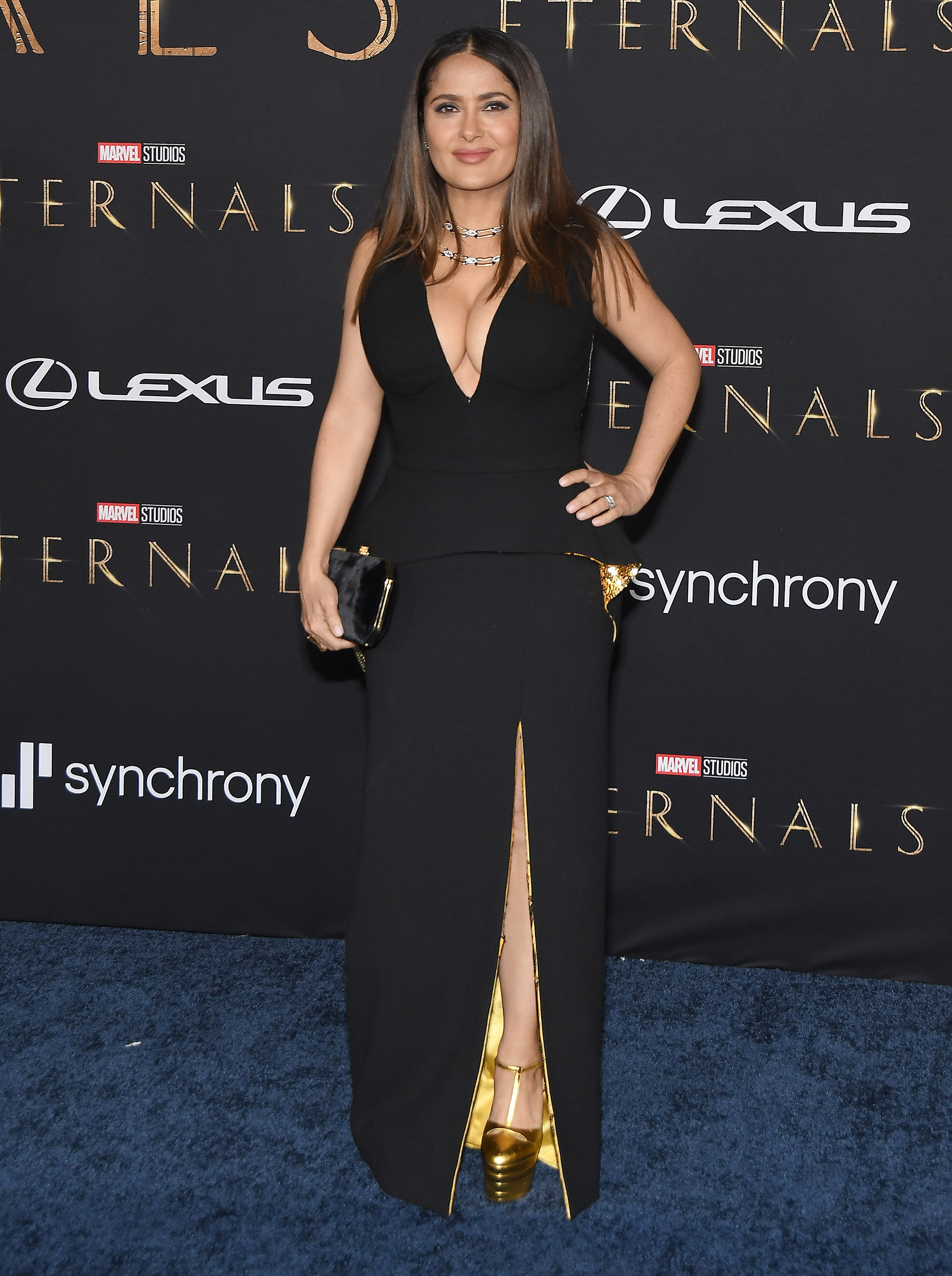 She more recently gushed over her daughter last year on Valentina’s 13th birthday in a throwback post to Instagram in which Hayek was seen posing nude during her pregnancy.

“Tomorrow the tiny baby that formed inside my womb officially becomes a teen. They grow so fast,” Hayek wrote at the time.