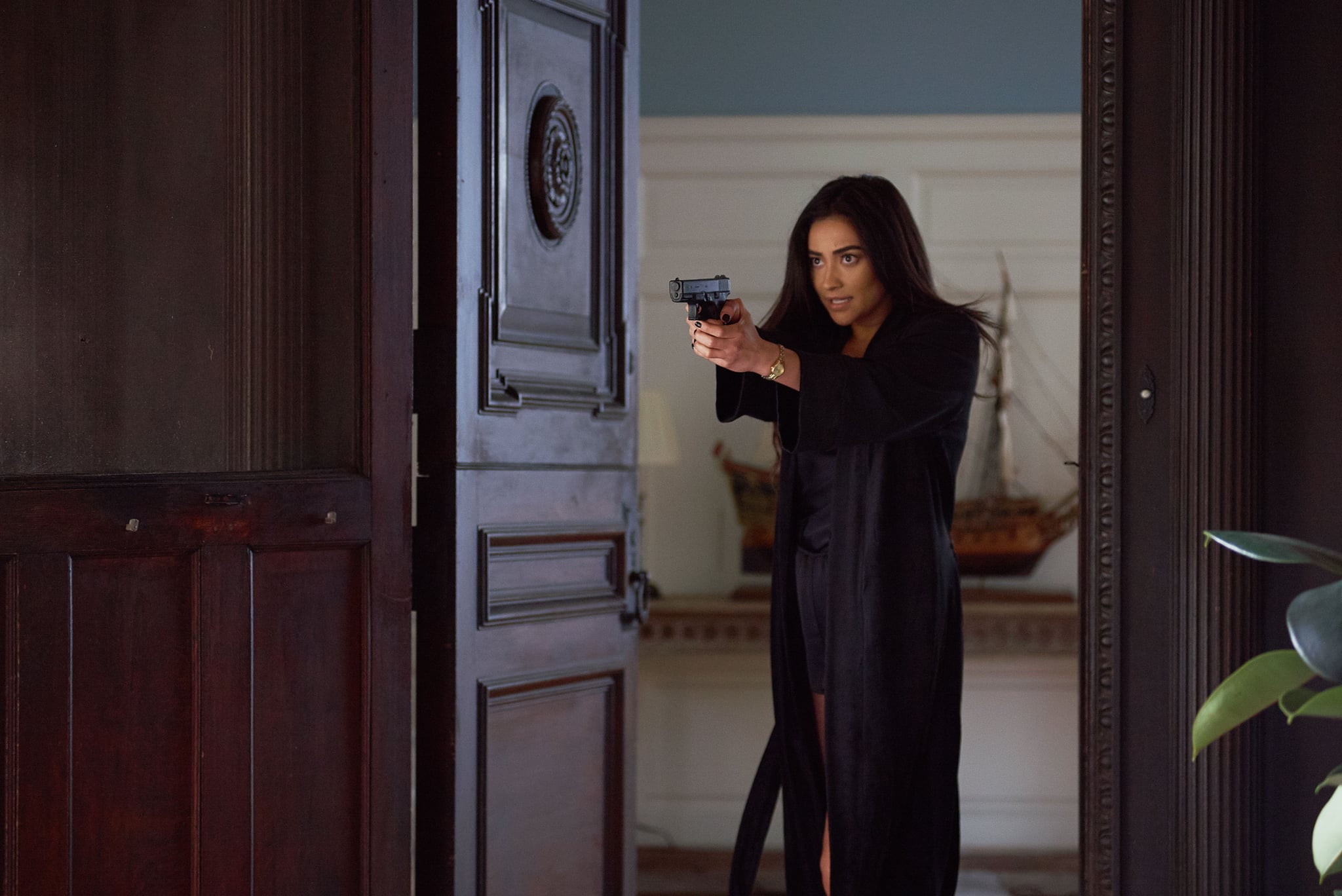 Warning: This post contains spoilers for You season one.

On a normal romantic drama, the usual tension is, will they or won’t they? On Netflix’s thriller series You, it’s more along the lines of, will they, won’t they, and oh my goodness, is the person you love actually a psychopath?! A gripping foray into the dark underbelly of the digital age, the series rolls out a talented cast that includes not only Penn Badgley from Gossip Girl as the creepy protagonist Joe. but also Shay Mitchell as his lover’s queen bee best friend who hails from literary royalty. Seriously, the internet can’t get enough of Mitchell’s high-key manipulative Peach Salinger, who’s just the literal opposite of Holden Caulfield.

Mitchell won’t be returning to the show as a cast member, given her character’s rather grim fate. “I would have liked to see her [Peach] last a little longer, to be honest. But it is what it is,” the actress said in an interview with Spot. It may be hard to imagine how Peach could ever return, but we do have some theories up our sleeves as to how she can pop up again in season two of You.

If you recall, Joe dislikes Peach from the get-go, who disapproves of him as her sweet Beck’s boyfriend. The plot thickens when he steals her laptop and discovers her obsession with Beck. After a failed attempt to kill the Salinger heir with a rock, Joe follows her and Beck up to her posh family home in Connecticut, cagily breaking and entering. The two women fight, and after Beck storms off, Peach figures out he’s in her home and corners him with her gun. Joe gets grazed with a bullet but overpowers her and grabs the weapon. Cut to Peach’s suicide note and police at the crime scene. Oh Joseph, how could you?

Why We’re Not Convinced

It looks like Peach is pretty dead, given that her family’s hiring a private investigator to look into her alleged suicide. But what if Peach isn’t completely gone? Yes, this sounds paranoid, but anything can happen on You. Riffing off of Badgley in the same Spot interview, Mitchell also asked, “But do you think Peach could have gotten to a point of more obsession?” It’s an ominous query indeed, and when coupled with widespread support for Peach’s character, could mean a bigger role for the actress. While we do see shots of coroners zipping up a body bag on the Salinger estate, we haven’t seen the actual body or Joe shooting her yet. Fake-out deaths are a thing — remember Sherlock? If we’ve learned anything from Gone Girl, Peach might be one step ahead of Joe and plotting her return if she’s alive.

How She Could Return

A more credible theory is that Peach will come back as a figment of Joe’s imagination. Call it the manifestation of his guilty conscience and paranoia from a P.I. on his tail. We’ve already seen him hallucinate Candace (who could still be alive) throughout the show’s first season, after all. Plus, showrunner Sera Gamble has commented that Joe might be haunted by his past actions in the second season. We’re ready for more snippy one-liners, even if they’re coming from ghost Peach. Adjacent to this theory, we may somehow see Peach in somebody’s flashbacks, maybe in a friend or family member’s memories.

While it looks like Peach might be permanently in the pits, the twisted nature of You leaves room for her to make a return, whether it’s as a death-evading mastermind or a hallucination (more likely). As you’re waiting for season two to give you answers, it might be fun to look into Mitchell’s vastly different role on Pretty Little Liars.