‘Watching with my in-laws and cringeing!’ ITV’s Torvill and Dean biopic leaves viewers blushing after they spot a VERY rude image carved into the ice – but can YOU see it?

Eagle-eyed viewers of last night’s Torvill and Dean biopic on ITV found themselves blushing with relatives – after Christopher Dean, played by Will Tudor, appeared to carve out a rather rude image into the ice.

The 90-minute biopic, the jewel in the crown of ITV’s Christmas Day coverage, documents ice skaters Dean and Jane Torvill’s rise from teenagers in the Midlands to Olympic heroes.

The show laid bare Dean’s teenage frustration and viewers concluded that during a particularly stressful scene, the champion in the making carved out a male member while dancing to Bohemian Rhapsody. 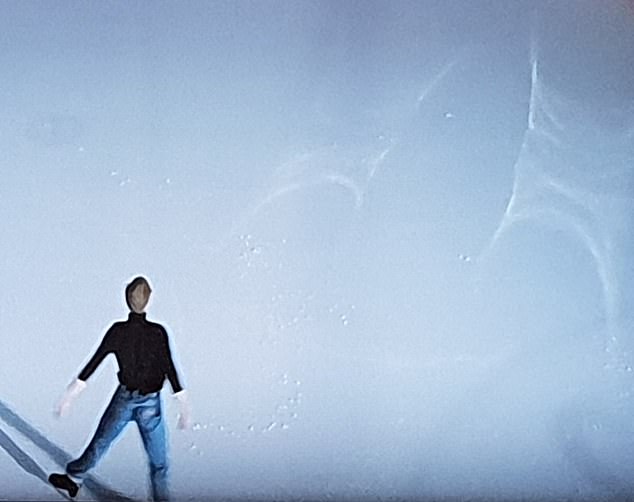 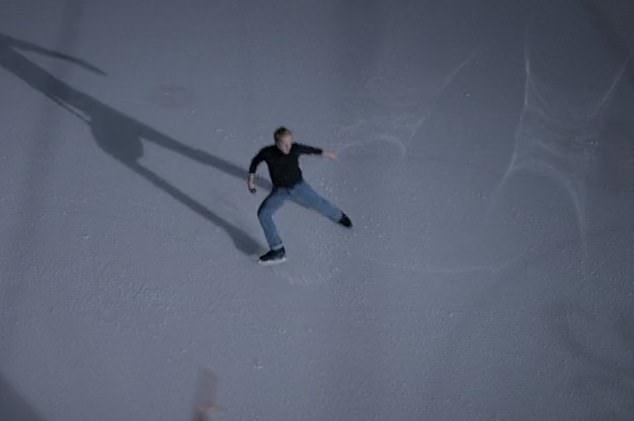 Deliberate or otherwise, viewers weren’t sure…and the majority of them probably didn’t even notice the phallic ice carving 51 minutes into the ITV biopic, which documented the lives of GB Olympic gold medallists Jayne Torvill and Christopher Dean 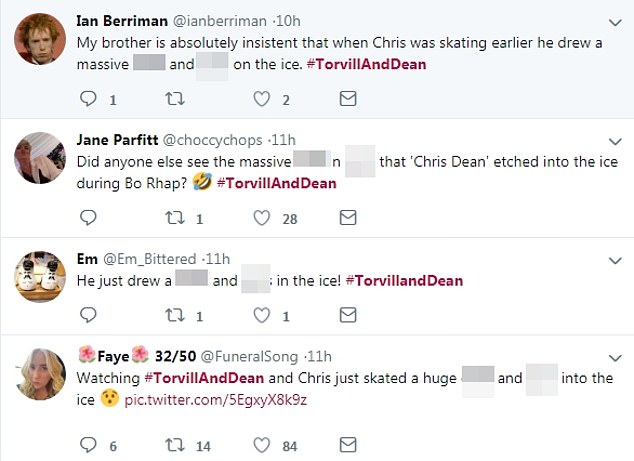 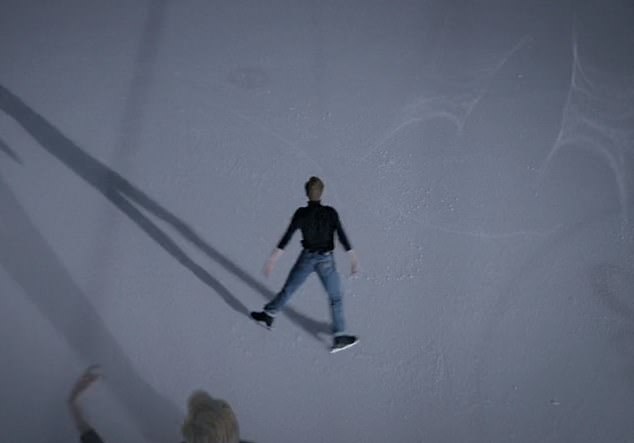 Festive giggle: The show prompted titters on Twitter, with one viewer saying: ‘Did anyone else see the massive c*** and b**** that ‘Chris Dean’ etched into the ice during Bo Rhap? 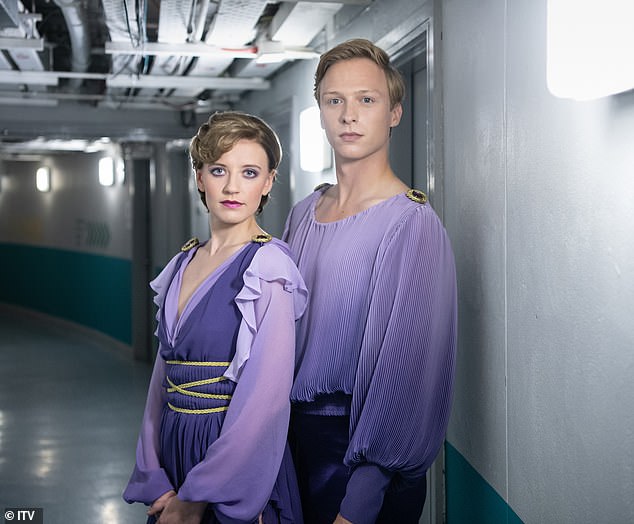 Torvill and Dean, starring Poppy Lee Friar and Will Tudor, retells the Dancing on Ice legends skate to glory, when they scooped gold in the Winter Olympics in 1984 with their Bolero routine

Cue tittering aplenty on Twitter, with some saying the sight of the saucy ice pattern left them cringing with relatives on Christmas Day.

The television film, which sees Poppy Lee Friar take on the role of Jayne Torvill, follows the two young would-be stars as they first get to grips with the rink – and each other – in their native Nottinghamshire.

Mid-way through the film – around the 51 minute mark – Dean takes to the ice to dance solo to Queen favourite Bohemian Rhapsody…but viewers were quick to spot the shape his blades carved out in the ice.

@ianberriman wrote on Twitter: ‘My brother is absolutely insistent that when Chris was skating earlier he drew a massive c*** and b**** on the ice.’

@choccychops added: ‘Did anyone else see the massive c*** and b**** that ‘Chris Dean’ etched into the ice during Bo Rhap?’

@VictoriaMarkou added: ‘Watching with in-laws and sniggered. I am nearly 48.’

@jean501 wondered if she was the only one. ‘Glad it wasn’t just me that noticed this’

@SharonLSlater penned: ‘Thought I had a warped mind for noticing this.’ 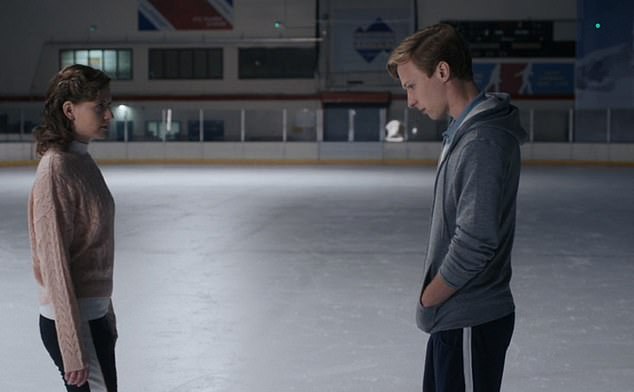 Replayed on screen, the moment the couple first met and were expected to go ‘pelvis to pelvis’ without chatting first 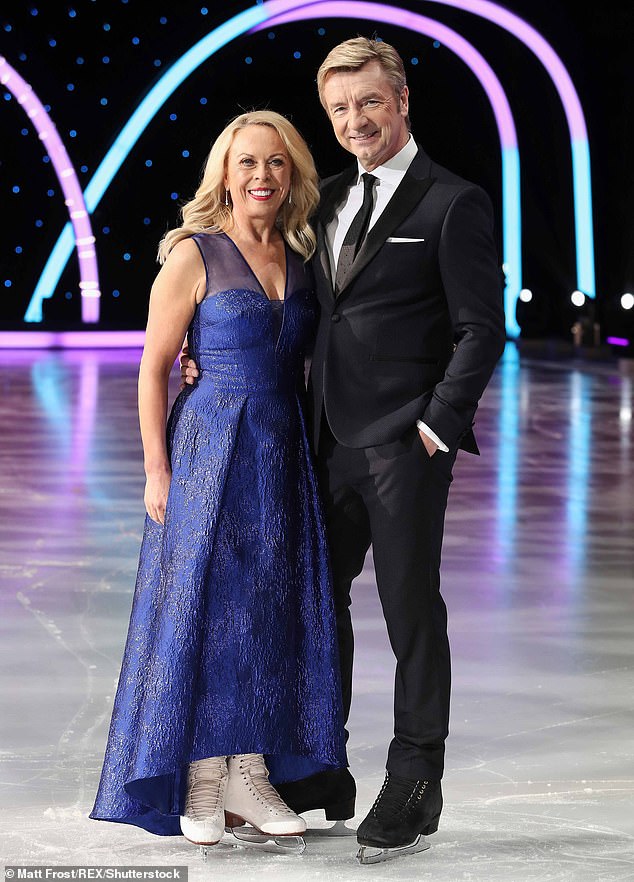 Secret: Dancing on Ice legends Jayne Torvill and Christopher Dean have revealed they did ‘kiss once’ during the early days of their ice skating partnership 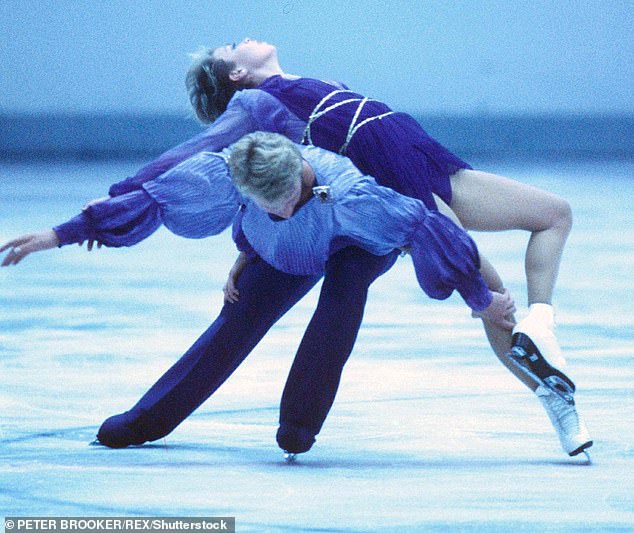 Nothing more: However both insisted that their relationship has been strictly platonic, and they never spoke about the kiss after that 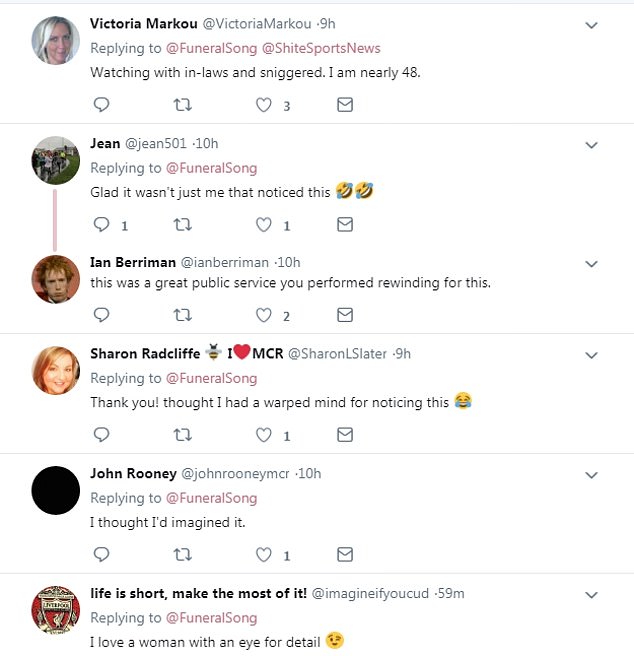 Ahead of the show airing, the Dancing on Ice legends revealed they did ‘kiss once’ during the early days of their ice skating partnership.

Speaking to The Radio Times, the ice skating pros, 61 and 60, confessed they did share a surprise smooch while travelling on a bus together as teenagers, but that was as far as it went.

Jayne said: ‘We did actually kiss once – before we were a skating couple. We were in the back of the bus going to a league match, and it just happened.

‘It was a one-off. We never talked about it afterwards. We laugh about it now.’

Chris added: ‘We were 14 years old, and teenagers in the most naive sense. We didn’t talk about it much after. The skating was everything and having a relationship just didn’t occur to us.’