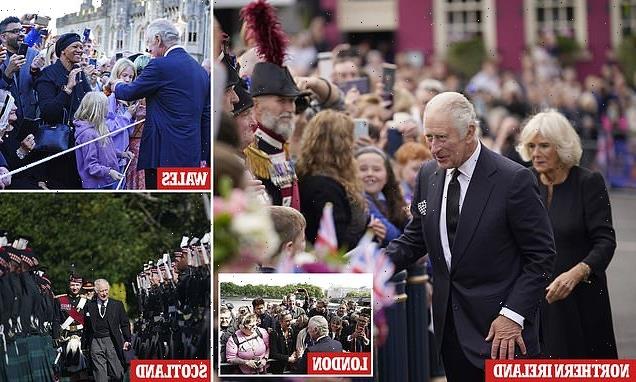 Long live the king! Royal Family celebrates Charles and Camilla’s tour of England, Scotland, Wales and Northern Ireland in the wake of the Queen’s death

The Royal Family’s Instagram account has celebrated The King and The Queen Consort’s tour of England, Scotland, Wales and Northern Ireland in the wake of the Queen’s death.

In a post this morning, a selection of photographs marking King Charles and Camilla’s visits to the nations were shared.

His Majesty was pictured meeting members of the public in Edinburgh, Belfast, Cardiff and London during his week long tour after Queen Elizabeth death last week aged 96. 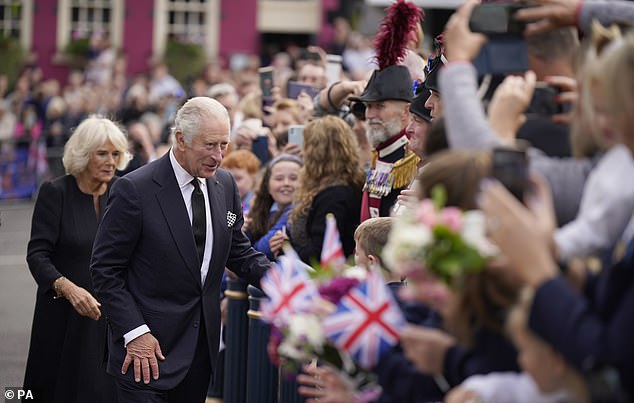 The Royal Family’s Instagram account has celebrated The King and The Queen Consort’s successful tour of the UK nations with a series of snaps including this one of the royal couple meeting well-wishers outside Hillsborough Castle, Co Down 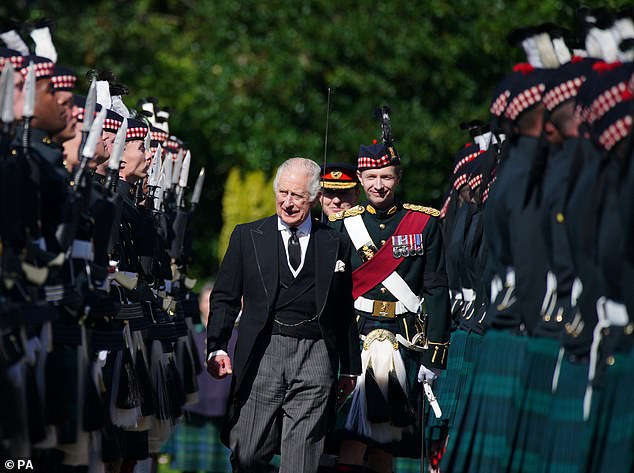 In the post King Charles was pictured inspecting the Guard of Honour as he arrived at the Ceremony of the Keys at the Palace of Holyroodhouse, Edinburgh

The caption read: ‘This week The King and The Queen Consort were greeted by crowds in all four nations of the United Kingdom.

‘In Edinburgh, Belfast, Cardiff and London members of the public offered their condolences and good wishes following the death of Her Majesty The Queen.’

People rushed to the comments to send their thoughts and prayers to the new King and Queen Consort.

One wrote: ‘Beautiful photos at such a sad time my heart does out to each and every one . As well as all Britain’s first and foremost she was a mother then a Queen. Always loved all ways respected. From our home in South Australia. 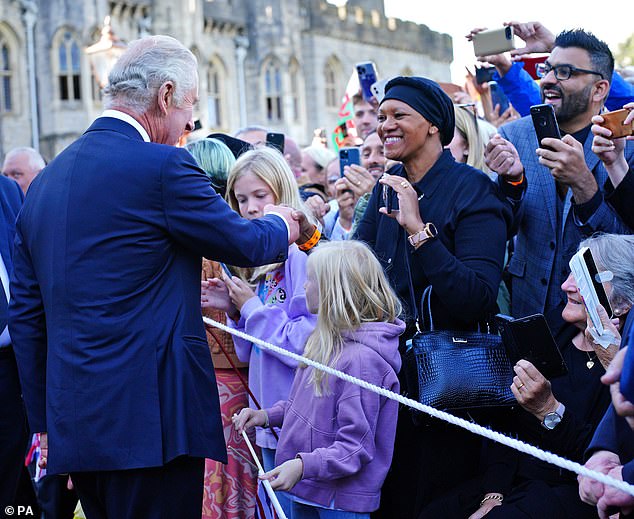 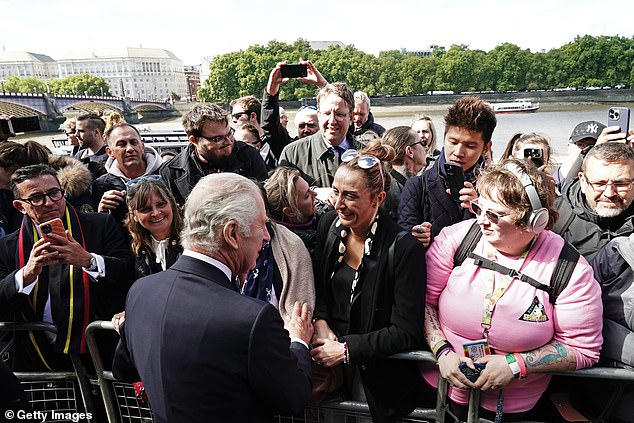 His Majesty met members of the public in the queue along the South Bank, near to Lambeth Bridge, as they waited to view Queen Elizabeth lying in state ahead of her funeral on Monday 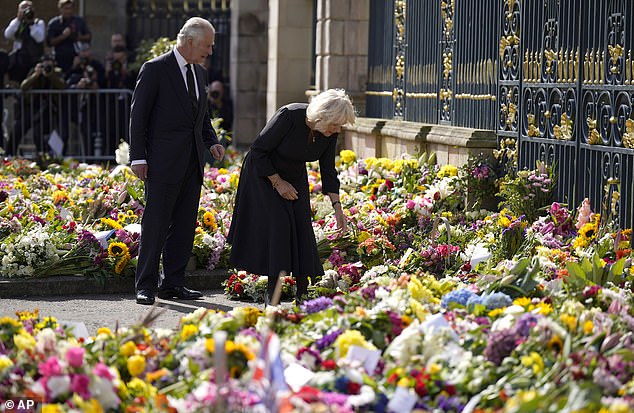 Another said: ‘How difficult it must be to mourn your mother while the world watches. Much love and respect, condolences.’

While someone else wrote: ‘It’s so wonderful to see Their Majesties receiving such a warm welcome wherever they went.

‘We, as their longterm supporters, have always known that they were going to be great but it’s so heartwarming and wonderful that now everyone can see and feel that… so proud of them.’

Crowds lined the streets of the UK nations during the new monarchs visit on the run-up to his late mother’s state funeral at Westminster Abbey and burial at St George’s Chapel in Windsor on Monday- following her death at Balmoral on Thursday aged 96.

In Edinburgh the King inspected the Guard of Honour at the Palace of Holyroodhouse, before he attended the ceremony of the Keys on the forecourt. 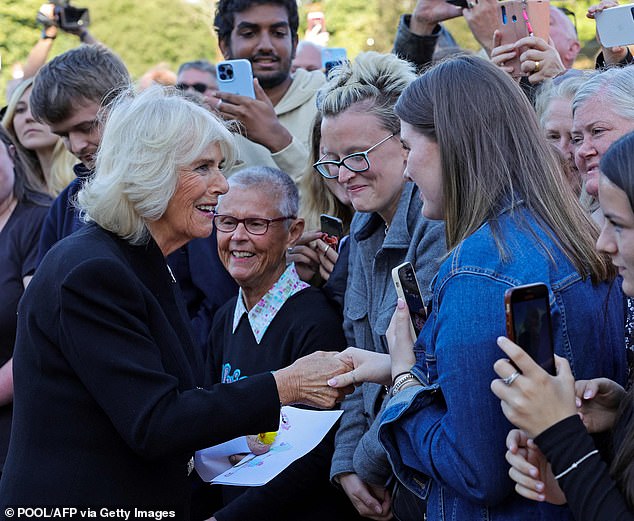 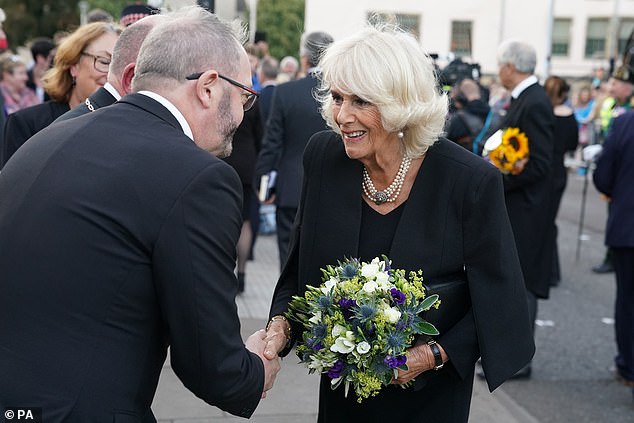 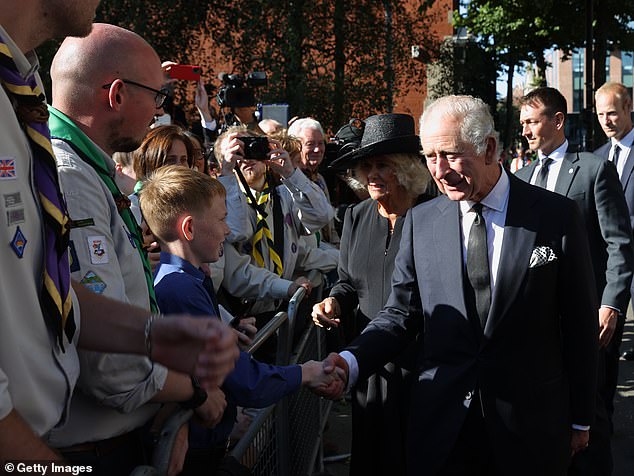 The monarch and Camilla met members of the public on a walkabout in Writer’s Square, during a Service of Reflection at St Anne’s Cathedral  in Belfast 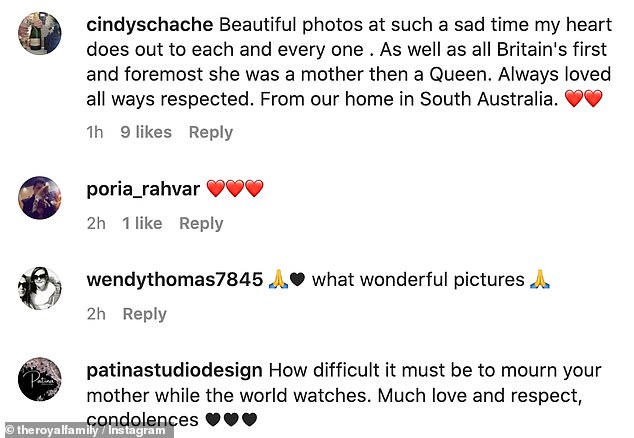 In Belfast the royal couple visited Hillsborough Castle, where they viewed an exhibition about the late Queen’s long association with Northern Ireland.

In a tribute to his late mother, the King came back to London to lead Wednesday’s procession behind the gun carriage carrying her coffin to Westminster Hall, where the lying in state begin before her state funeral.

On Friday the King was joined by the Queen Consort as he attended a service of remembrance for his mother at Llandaff Cathedral in Cardiff. 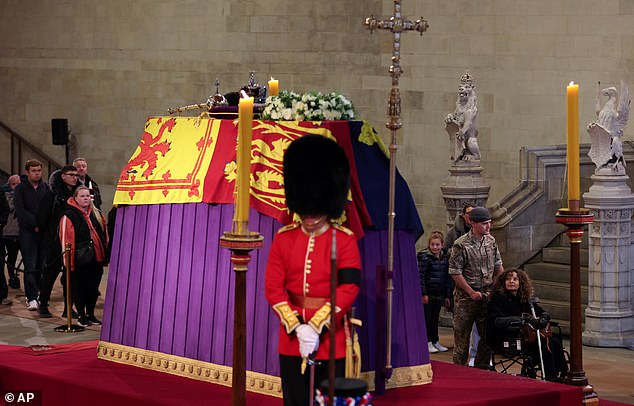 Members of the public pay their respects as they pass the coffin of Queen Elizabeth II, Lying in State inside Westminster Hall 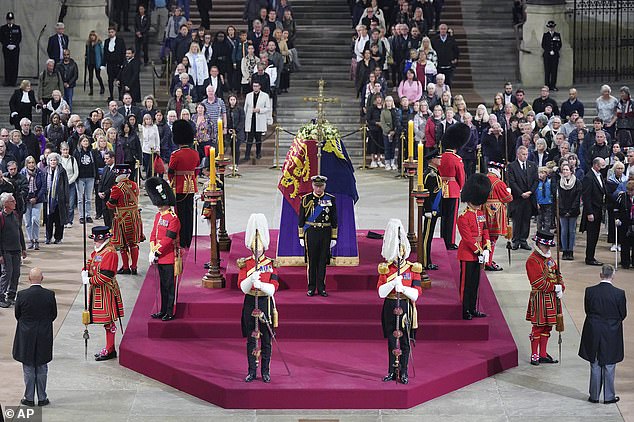 Members of the public file past as King Charles, the Princess Royal, the Duke of York and the Earl of Wessex as they hold a vigil beside the coffin of their mother, Queen Elizabeth

Charles and Camilla went on to be greeted by adoring school children and thousands of other Royal fans, before he gave a historic speech in Welsh to the Senedd and spoke of how close Wales was to his mother’s heart.

Tonight 1,000 guests will be hosted by the King and Queen Consort in Buckingham Palace including world leaders, ambassadors and foreign royals where they will also be greeted by the Prince and Princess of Wales, the Princess Royal and the Earl and Countess of Wessex.

The Kings and Queens from Holland, Norway and Spain will also be there – but guests asked to wear lounge suits and morning dress rather than ball gowns and white tie as would be expected at a usual state event at the King’s London home.