As Melanie Sykes, 50, enjoys a fling with a 23-year-old gondolier, author ROSIE GREEN says there’s no better cure for midlife malaise than finding a younger lover

One evening last summer, I found myself flying over London’s Chelsea Bridge on the back of a Harley-Davidson, my arms wrapped around a man who might not yet have celebrated his 30th birthday.

My thoughts flew as fast as the motorbike. Would I orphan my children? When was the last time I felt this free? When would said man kiss me again? Was I going to get helmet hair? Oh and lastly . . . what the hell was I doing?

That night I felt like a teenager, but in the cold light of day I was a 45-year-old Home Counties mother of two. 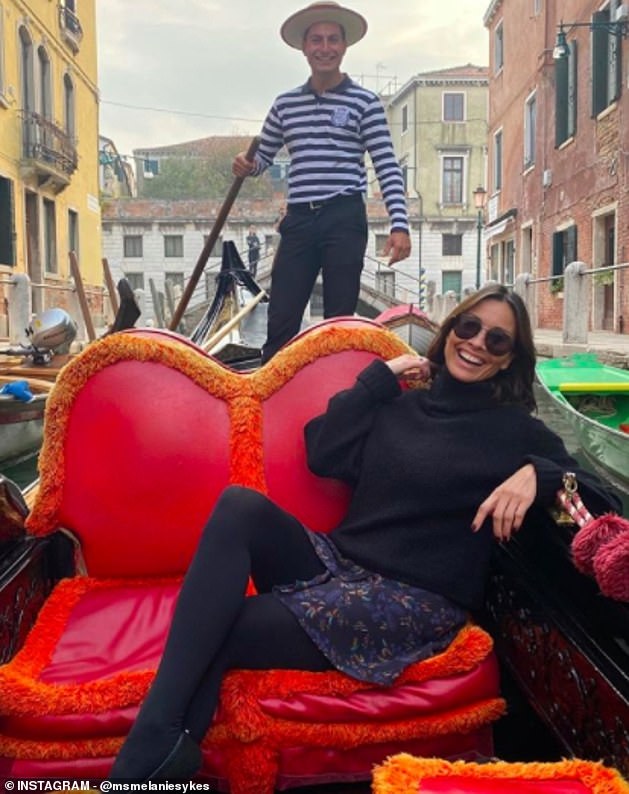 Rosie Green said she was surprised to find so many young men lining up to go on dates with her after her husband left her and they split. Pictured, Melanie Sykes with her gondolier fling

A former glossy magazine journalist, yes, but one for whom motherhood (I have two teenagers) had long meant the mothballing of my Dolce & Gabbana dresses and the end of breakfasts at Claridge’s.

So, what was I doing there? The short answer is that my marriage had imploded when my husband left me a year earlier and, after many tears, I had decided to get back in the dating game. And I found, to my shock, that young men — and I mean really young men — were lining up to take me out.

My surprise at this revelation was brought back to me when pictures emerged this week of 50-year-old TV presenter Melanie Sykes snogging (there’s no other word for it) a gondolier in Venice. (I knew he was a gondolier because he still had on his stripey T-shirt and jaunty hat.) At 23, he is 27 years younger than her.

Reactions were split between people who think she is fabulous and entitled to a holiday romance, and those labelling her as ‘tragic’.

The latter are more vocal. But after my own foray into dating younger men, I say good luck to her. Why? Because a dalliance with a younger man can be the ultimate cure for midlife malaise.

I wrestled with my conscience after I first signed up to a dating app and watched in shock as the likes and messages pinged in from at least 100 guys aged in their 20s. 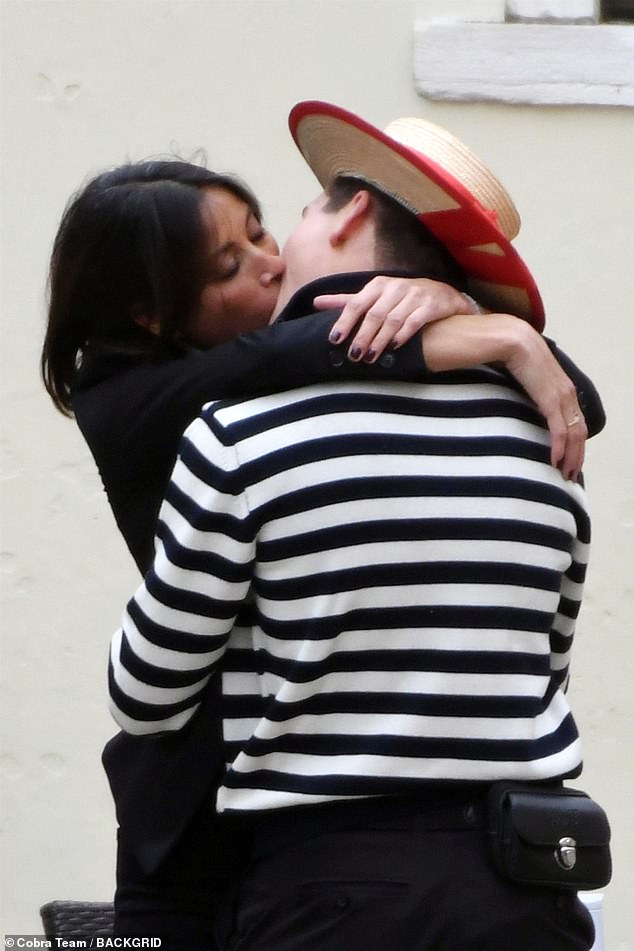 Clearly, I could date younger men if I wanted to. But — as someone who has always found men such as Leonardo DiCaprio, with his endless procession of much younger model girlfriends, creepy — did that mean I should? Was it morally questionable? Distasteful? Or would I be crazy not to?

More approaches came through direct messages on Instagram (how millennial!). A breath-takingly attractive younger man, an Oxbridge graduate with a six-pack and a cheeky smile, was persistent. I messaged him back, aiming to curb his enthusiasm, with a curt: ‘I’m 46.’ He replied ‘So?’

I was attracted by his physical attributes, it’s true, but also his straightforward chat. He seemed laid-back, clever and fun. So we arranged to meet at an achingly cool Soho restaurant, but in the end I chickened out. I felt sex would be expected, and I didn’t feel comfortable with that.

More than half of the messages were from men nearer to my son’s age than my own. One, a City worker, had a profile packed with pictures of festivals and stag dos.

‘Why don’t you want someone your own age?’ I asked. The reply came: ‘I genuinely like older women. They are more confident, more sorted and less neurotic.’

It was a common theme; guys admitted they were attracted by the lack of pressure to get married and have babies (been there, done that). 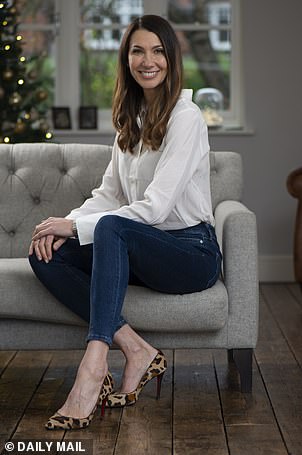 Rosie (pictured) admits last summer, while on a date, her mind began racing, asking questions such as ‘Would I orphan my children?’ and ‘When was the last time I felt this free?’

Many, especially the high achievers, seemed to crave a woman who’d take control. They liked the idea of not having to be in the driving seat. And, to be fair, there were plenty of others who just wanted to get physical — and were less than subtle about it.

One asked, ‘How high is your sex drive?’ and a few trotted out the line, ‘Do you like to have fun?’, which is a euphemism for, ‘Will you have sex on the first date?’.

Eventually, I took a gamble on the photographer with the motorbike. He’d sent an Instagram direct message asking me to dinner and was polite and confident without being pushy. Still, I was shocked to find myself on a date with a man, let alone someone much more than a decade younger than me. We ended up kissing in a dark corner of a members’ club. It was thrilling and frightening all at once.

After four dates, and that ride on the Harley, I ended up at his flat. I knew this was when the ‘rules’ state you take things to the next level, but I hadn’t slept with anyone but my husband for decades. I didn’t want to expose myself to someone else yet, physically or mentally.

It felt sort of unreal. Like I was watching myself from above. But in this man’s company I realised I could have another shot at happiness and fulfilment, and find the things that excited and inspired who I was now, not the girl I was at 18 when I met my husband.

Mr Harley-Davidson was affectionate and charming, and full of compliments. Coming after a dark period where my self-esteem was at its lowest ebb, it was life-affirming to be desired. 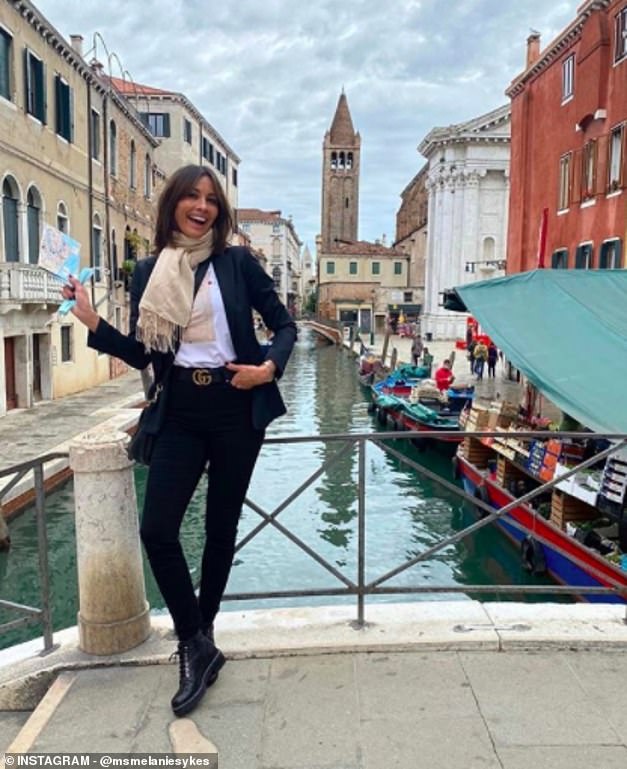 After signing up a dating app and to her shock receiving several likes and messages from at least 100 men aged in their 20s, she said she wrestled with her conscience. Pictured, Melanie Sykes in Venice

So yes, I’m a passionate believer that women should be able to date younger guys. If Melanie Sykes wants the affection, the affirmation and the fun a 23-year-old can deliver, I support her. Apart from anything else, it’s a healthy corrective to the idea that a woman’s attraction decreases with age — and it’s surely time to get rid of that tired notion.

And Mel and I are not alone. A few years ago my friend Lou, then 39, found herself dating a 22-year-old.

She laughs: ‘I was a grown-up with a job and a house and he was still at university. I had left my marriage and had a young child, and our paths crossed.

‘We ended up having this big romance and it was the perfect tonic to the loveless relationship I’d been stuck in.

‘I found it incredibly healing. I often asked him what he found attractive in me and he said he found it hard to talk to girls his age; they were silly and boring. The sex was incredible: he was so demonstrative and affectionate.’

Another friend had two flings with twentysomething men after her break-up with a boyfriend her own age (mid-40s). She liked the fact the younger men were undemanding and unscarred and had ‘more fun than she could ever imagine’. Admittedly, she was also blown away by their libido. 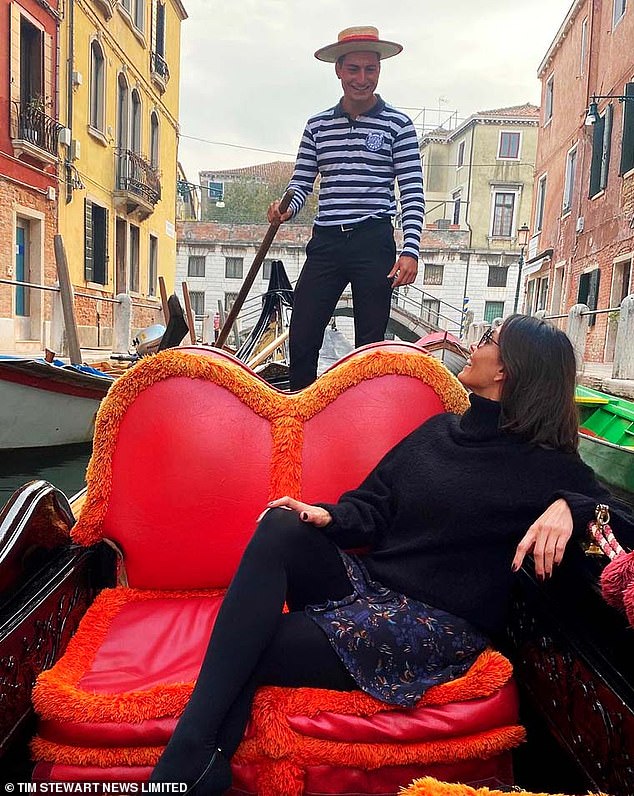 Rosie describes one encounter she had with a man who owned a motorbike, who was much younger than her, and described in great detail the rush it gave her. Pictured, Melanie Sykes and her gondolier fling

It wasn’t all smooth sailing. If you need a horrifying cautionary tale, take the night when, in bed after a few dates, my friend’s young lover made a comment about how her body (after two children) wasn’t as he would like and asked if she could do something about it.

A younger woman might have died of shame. My friend quipped that perhaps he needed to do something about his own size.

The great thing about being older is that you can shake that stuff off. His comment was mortifying in the moment, but forgotten in the laughter when she shared her story with her girlfriends.

So, did I roar off into the sunset with Mr Harley-Davidson? Of course not. The thing ran out of steam and, while I feel flattered, I’ve decided to focus on guys my own age. I’m happier with a man of my own generation. Someone who remembers when Snickers were called Marathons and when Dempsey And Makepeace was the best thing on TV.

Still, I wholeheartedly support Melanie’s choice — except for the silly gondolier hat — and believe that dating a younger man can be the perfect pick-me-up for a midlife woman.

As for me, I will be forever grateful to the summer fling that resurrected my self-esteem.