Phaedra Parks was a star on The Real Housewives of Atlanta for seven seasons The former peach is one of the iconic Housewives of that Georgia state-based show. After three seasons without her shady snaps, Nene Leakes has pushed for her return. There are now rumors that she is in talks to make a comeback to the Bravo reality series for season 13. 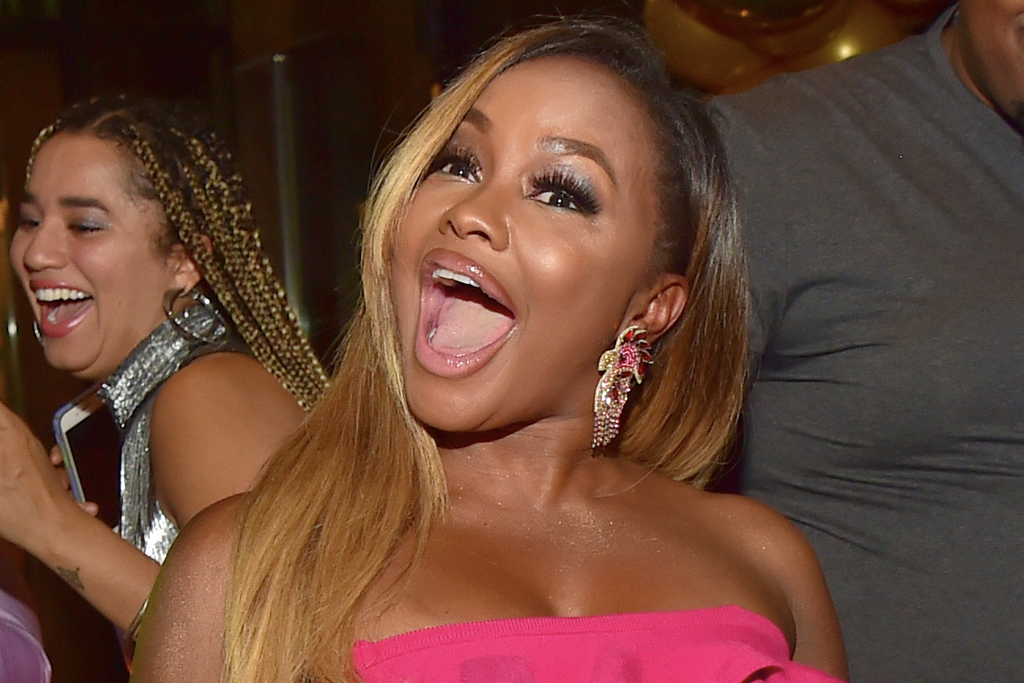 Why does Nene Leakes want Phaedra Parks back?

Parks joined RHOA in season 3 and made it all the way up to season 9. She left after she admitted to making up a lie about Kandi Burruss. The lawyer told Porsha Williams that the Grammy-award winner wanted to seduce her, implying she would take advantage of her. Following the heinous accusations, Parks departed the show.

When Leakes said that wanted Eva Marcille off the show because she didn’t bring much to the cast, she suggested Parks rejoin. She felt that she didn’t have a proper sendoff or an opportunity to make things right.

“I would like to see her come on as, like, a friend of the show,” Leakes told ET. “Play around for a couple of episodes, because I still think there’s unfinished business there.”

“I think it is unfair for the rest of the cast to face people who they have issues with and then she doesn’t get to face who she has an issue with,” Leakes continued. “So, the one time she had a real issue with somebody, all of a sudden, they have to be off the show? So, I don’t think that part is fair, and I think it’s OK for me to speak my opinion about that, Kandi, and I will continue to do so.”

Kenya Moore didn’t even want to be bothered with what Leakes suggested when Andy Cohen mentioned it on Watch What Happens Live.

“I just don’t put any energy into things she says or does. She’s just an idiot to me, very low-brow, and has zero class, and no brain at all,” Moore said.

There are rumors suggesting that Parks is in negotiations to make a comeback, not as a full-time housewife, but in a “friend” role. Lovebscott is reporting that their inside sources are saying the southern belle is “exploring a return to the show.”

The same publication reported weeks ago that Burruss would not be happy with Parks coming back. In fact, it’s alleged that The Masked Singer winner has threatened to quit RHOA if the lawyer returned to the reality series.

A smile is a curve that sets everything straight. By the way, I’m wearing the smile you gave me. For every prayer, kind comment, and laugh we have shared know that I appreciate you😘💕 #happiness #gratitude #thankful 💞

Is Cynthia Bailey getting demoted?

Another RHOA star that might be on the bubble is Cynthia Bailey. The former model was relatively quiet during the season 12 virtual reunion which prompted many fans to question if she was returning for season 13.

It was the site called Tamara Tattles that first reported a story after an alleged insider confirmed Bailey was leaving. The online publication later said the Bravo star had been offered a limited role for the new season.

“CEO of the production company called her and asked her if she would be interested in taking a friend or reduced role,” the site reported. “She said she would have to see the offer before determining.”

However, Bailey slammed the reports and said that she had “no plans to leave RHOA at this time.”

“Every year there are rumors saying that I am getting fired, or not returning. I’ve been a peach holder consistently for 10 years now. I love my cast and my Bravo family. I am looking forward to next season,” she told The Shade Room.

No decisions have been made on the future cast for RHOA.

The Real Housewives of Atlanta ends season 12 on Sunday at 8 p.m. ET/PT on Bravo.