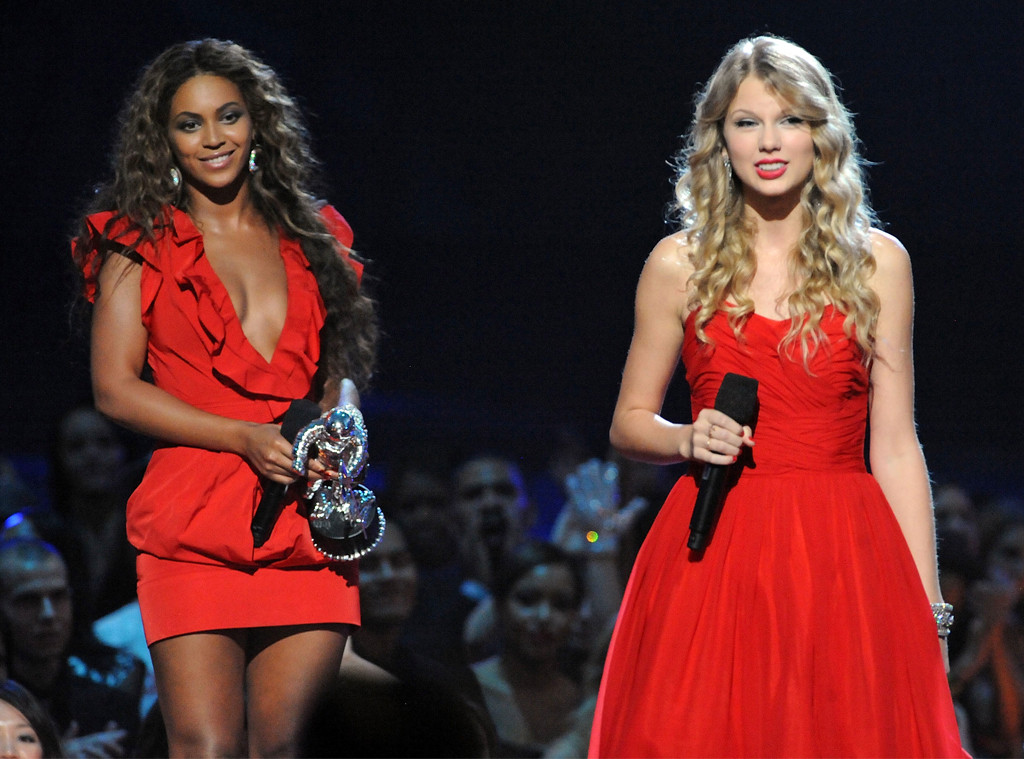 There’s a lot that people don’t know about the bond between Taylor Swift and Beyoncé.

As a result of being two powerhouse performers in the music industry, T.Swift and Queen Bey have crossed paths on a number of occasions over the years, most famously at the 2009 Video Music Awards. As many fans will remember, while Swift was accepting the award for Best Female video, Kanye West took to the stage to declare that Beyoncé “had one of the best videos of all time,” before handing the microphone back to a crushed T.Swift.

Later on in the award show, Beyoncé, after winning Video of the Year, brought Swift back out on the stage and gave her a chance to finish her speech. Swift later called the gesture “so wonderful” and “gracious” of Bey.

“She’s always just been a great person before anything else,” Swift told journalists backstage at the ceremony. “Before the talented artist, the superstar, she’s always been a great person. And I just, I thought that I couldn’t love Beyoncé more…and then tonight happened and it was just wonderful.”

Both Bey and Swift are up for a number of awards at this year’s 2020 Grammys, set to take place in just a few days. As we wait to see if both superstars attend the ceremony, let’s revisit their history together, from that night at the VMAs, to a memorable birthday celebration and beyond. 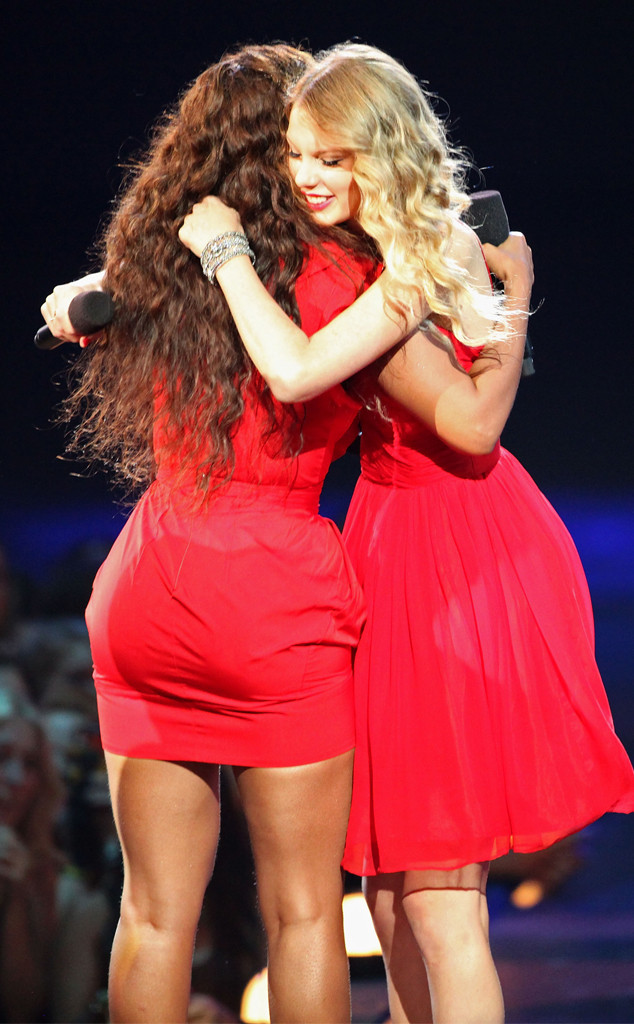 Looking back, Swift and Bey really formed a special bond amid the VMAs chaos. In 2017, former MTV chief Van Toffler recalled seeing Swift and Bey in tears after the Kanye incident. In an interview with The Hollywood Reporter, Toffler was asked to share his “favorite” VMAs story. In his response, Toffler explained how T.Swift had to perform shortly after the now-infamous stage moment.

“When Kanye walked up onstage with Taylor [Swift] that year, it turned out that Taylor had to go onstage to do her song five minutes later,” Toffler told THR. “I ran out of the truck to see that everything was all right, and Taylor and her mom were crying hysterically.”

“I’m not always wonderful with emotions. I didn’t know what to say,” Toffler continued. “Then I went backstage, and Beyoncé was crying, too.” 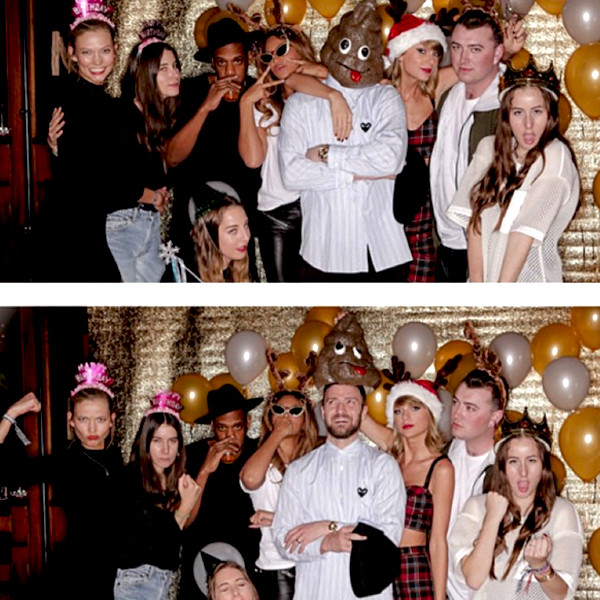 In the years to follow, the fierce females only had kind things to say about each other. While many headlines have attempted to create a rift between Swift and Beyoncé, the two artists have always remained supportive. In fact, Bey and husband Jay-Z even attended Swift’s 25th birthday party, held at the “Shake It Off” singer’s New York City apartment in Dec. 2014.

The star-studded bash was also attended by Justin Timberlake, Sam Smith, Karlie Kloss and HAIM, who posed for group photos with the birthday girl. Days later, Swift and Bey were spotted dancing alongside each other at Timberlake’s concert in Brooklyn.

In Feb. 2015, ahead of the Brit Awards, T.Swift gushed over the “Single Ladies” artist during an interview with KissFMUK.

“I love her more than the normal amount,” Swift said. “I try really hard not to like let [my fandom] get creepy. I just really like channel it into a joyous admiration and appreciation.” 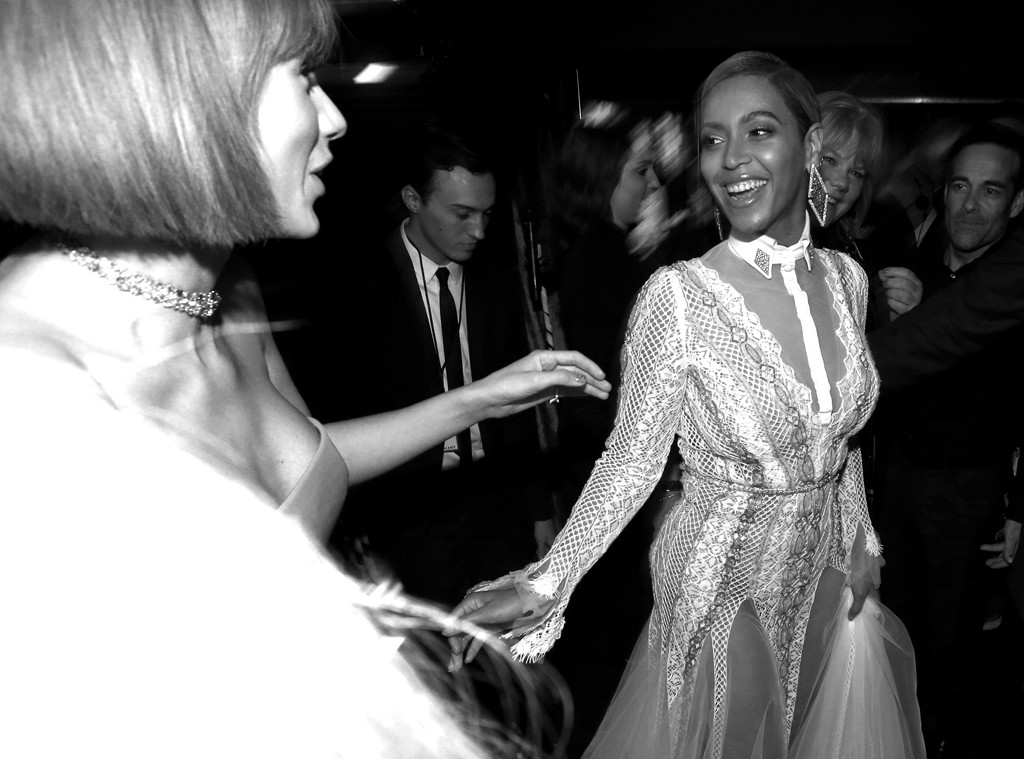 Swift also discussed the idea of being up against your friends for awards, sharing, “I’m nominated usually against lots of my friends, so you have to—just for the sake of humanity and for the sake of having a good time—legitimately be happy for other people.”

“See, that’s the only way that I’ll be upset is if we don’t get to see Beyoncé,” Swift went on to say. “I won’t be upset because I didn’t win. I’ll just be like, ‘I wish that we could see her all the time.'”

A year later, Swift and Bey were reunited at the 2016 Grammys, where they shared a sweet backstage moment together. The superstars were also in attendance at the 2020 Golden Globes earlier this month, where they were up for the same award. And, in just a few days, the dynamic duo will once again be reunited at the Grammys, if they do decide to attend.

The stars are nominated in a few of the same categories at the ceremony, so here’s hoping we get more pics of Bey and Tay together!