Revealed: How Meghan AVOIDS reading negative stories about herself – amid rumours of a rift between the ‘Fab Four’

Meghan avoids reading stories about herself as she’s a ‘believer in karma’, a source has claimed.

The Duchess of Sussex, 37, is, however, ‘aware’ of the negative headlines about her and ‘believes the press is out to get her’, according to an insider.

It comes amid rumours of a rift between the Sussexes and the Cambridges, following the announcement that Harry, 34, and Meghan, 37, are moving away from Kensington Palace.

There have also been suggestions that Meghan is demanding with staff, with claims that her personal assistant Melissa Toubati handed in her notice after being left in tears. 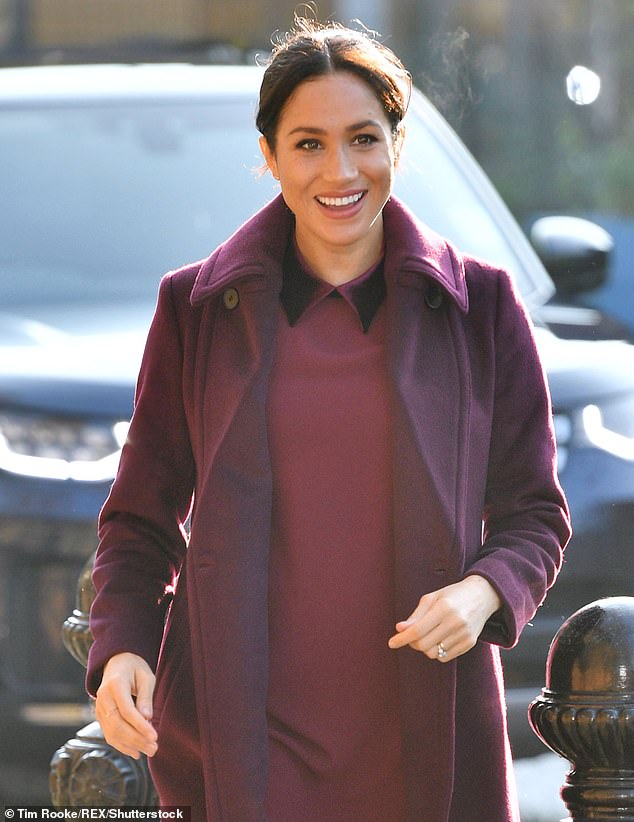 Meghan, 37, (pictured last month visiting the Hubb Community Kitchen in London) avoids reading stories about herself as she’s a ‘believer in karma’, a source has claimed

Speaking to Vanity Fair’s Katie Nicholl, a source said: ‘Meghan is a believer in karma and she doesn’t want to sit there reading negative online stories and comments about herself.

‘She feels to a degree the British press is out to get her and while she’s aware of the news and what’s going on, she tries her best not to read all the stories about her.’

It comes after the Daily Mail’s Rebecca English revealed that the Sussexes and the Cambridges will be spending Christmas together at Sandringham this year, despite previous suggestions that Kate, William and their children would be spending the festive period with the Middletons.

A source said: ‘Reports regarding Christmas are wrong. Everyone is in Norfolk this year.’ 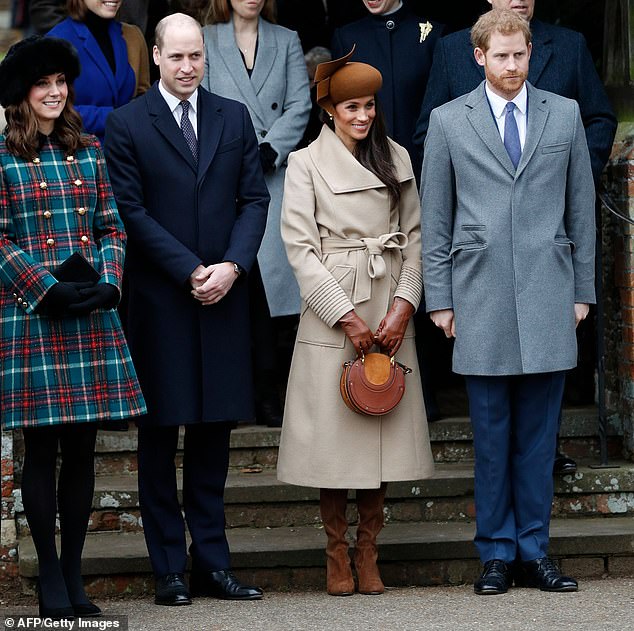 The Duchess of Sussex, 37, is, however, ‘aware’ of the negative headlines about her, according to the insider. It comes amid rumours of a rift between the Cambridges and the Sussexes (pictured above on Christmas Day last year)

Well-placed royal sources have previously insisted there has been no major falling out between the two couples but confirmed that the two duchesses do not get on particularly well and there have been some tensions behind the scenes.

It had been previously reported that Kate was ‘left in tears’ after Princess Charlotte’s bridesmaid’s dress fitting, in the apparently stressful run-up the Harry and Meghan’s wedding.

Meanwhile, there have been further reports that Harry and Meghan have not endeared themselves to royal household staff with their somewhat ‘dictatorial’ behaviour.

Over the weekend, the Mail reported that Meghan had wanted air fresheners for the musty odour of St George’s Chapel, Windsor Castle. 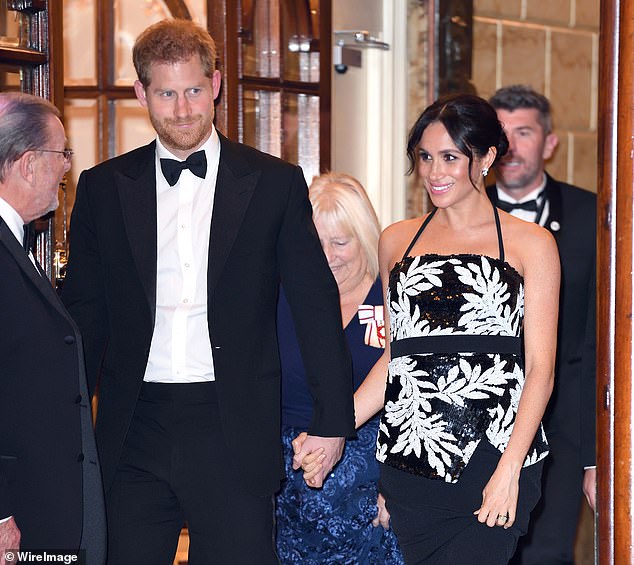 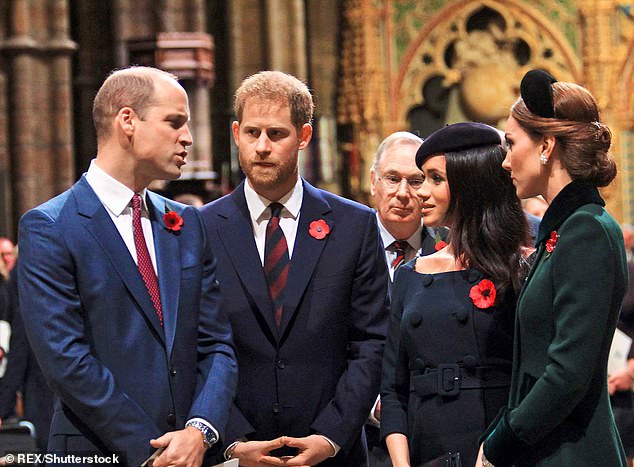 Despite the rumours of a rift, the Cambridges and Sussexes (above at a remembrance service at Westminster Abbey last month) will be spending Christmas Day together this year

Insiders said the Duchess’s request to use the atomisers did not find favour with Buckingham Palace, which swiftly pointed out that the chapel was a regular place of worship for the Queen – as it had been for successive monarchs since 1475 – and if it was good enough for them, it would be good enough for her.

Yesterday the Sunday Mirror reported that Meghan’s personal assistant Melissa Toubati resigned after just six months, having broken down in tears over the stress of her job.

A source familiar with the 39-year-old Frenchwoman’s time working for the Duchess of Sussex told the newspaper: ‘Her job was highly pressurised and in the end it became too much.

‘She put up with quite a lot. Meghan put a lot of demands on her and it ended up with her in tears.’