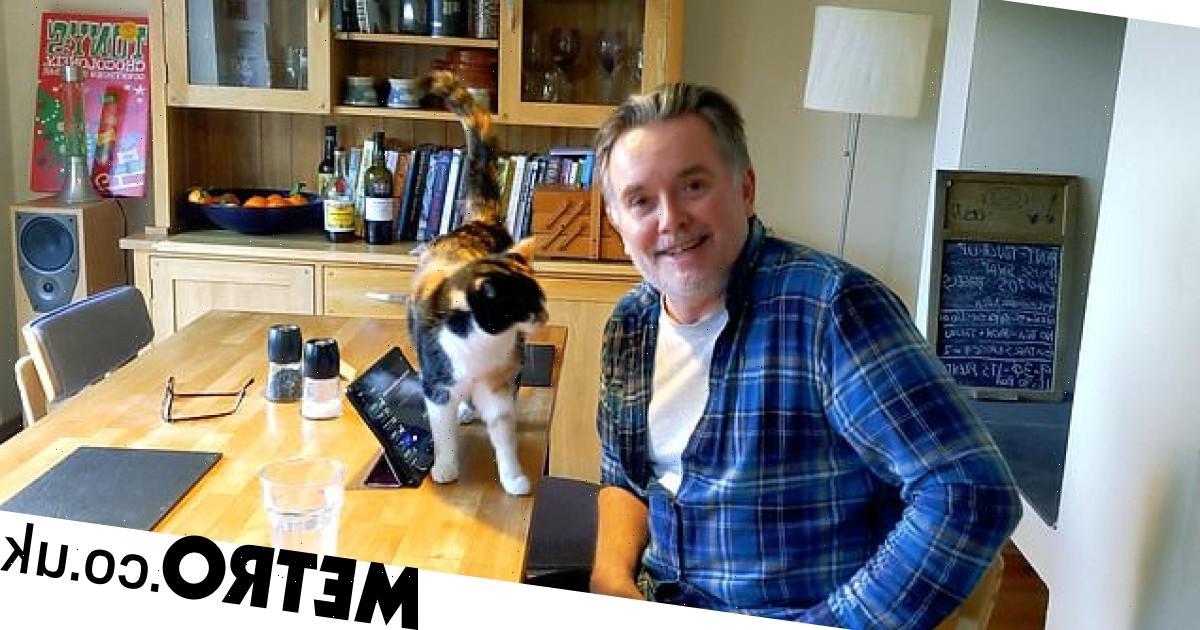 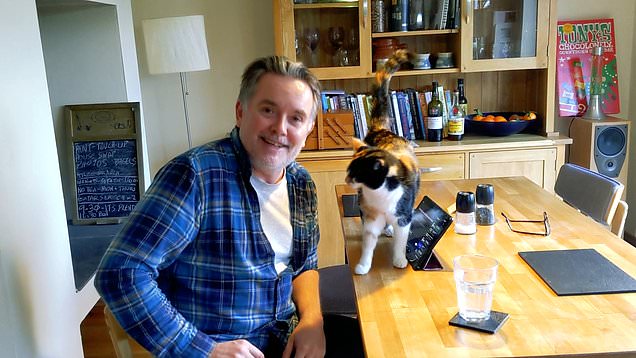 Nine-year-old rescue cat Daisy loves hearing the sound of her owner’s singing – but won’t respond when they call her name.

Tony Jones and his wife, Mirian Jebb, said they can always get their pet’s attention when Tony sings – which gives amateur songwriter Tony plenty of chance to test out his new material.

Tony even filmed a video to prove Daisy’s musical sensibilities.

Viewers can watch as he calls Daisy’s name – and while the cat glances in her owner’s direction, she doesn’t move.

But when Tony starts to belt out the Etta James’ classic, I’d Rather Go Blind, Daisy jumps down from her sofa, and promptly sits in front of Tony, enjoying the performance.

She’s such a fan, that she then leaps up onto the table that Tony is sat at, and nuzzles into him as he croons.

Tony said: ‘I sometimes sing along to karaoke on the tablet from YouTube. For some reason Daisy finds this very exciting. She is a fun, talkative cat.’

Tony says he and Mirian made the video because he wanted to prove that Daisy did indeed respond to song.

Tony said: ‘I was moved to prove, scientifically, that our cat loves my singing.’

Tony and Mirian adopted nine-year-old Daisy from Cats Protection in Aberystwyth in 2014.

After previously living in a caravan as a kitten, Daisy is now surrounded by fields.

Tony added: ‘She loves her field and patrols it when the weather is good enough.

‘She likes to play with her humans for 20 minutes first thing in the morning, and an hour last thing at night. Plus a bit of chase.’

He said: ‘Cats have remarkable hearing and Daisy could definitely be responding to her owner’s dulcet tones.

‘Some think certain sounds within human singing may be a sound cats are “hard-wired” to respond to.

‘However, it’s just as likely that the cat is wanting to investigate an unusual or different stimulus in the house.

‘Initially the cat could have been responding out of curiosity but may start to link the singing with something positive like fuss and attention.

‘The cat may respond to the singing and not to their name being called because there is a much clearer link that has been positively reinforced.

‘Every time the owner sings, the cat comes to investigate and gets a fuss.

‘However, owners use their cat’s names often without much or any reinforcement.

‘It becomes white noise to the cat. If an owner started by only saying the cat’s name then throwing the cat a treat, very quickly the cat would start to build a clear association with the name.

‘Remember, cats don’t know they have names, it’s just another sound to them, unless it is ‘taught’ to them and well reinforced.’