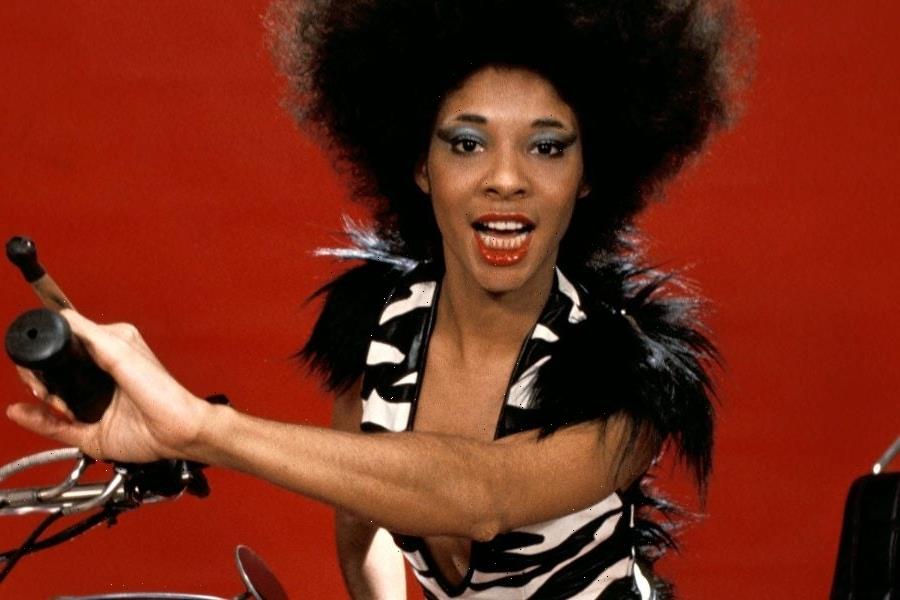 Betty Davis was the evidence of cool hoped for and the proof of funk felt. The musician, who died on Wednesday at 77, was the subject of a 2017 documentary, “Betty: They Say I’m Different,” but her face rarely entered the camera’s frame. Most of all we see her hands—those hands, accented by periwinkle polish and turquoise rings, that grabbed the world by its cahoonas.

Davis (née Mabry) was born in Durham, North Carolina near the close of the second World War. The exact year once had a touch of elasticity, but the fireball was a Leo—she was born on July 26— to the core. During her documentary, her aunt, Elenora, revealed that she enjoyed being alone in her youth and loved to read. Holding up a press photo of Davis, she said, “She was an unusual person back in those days.” In the black and white image, Davis’ long legs are covered by metallic, thigh high boots, paired with booty shorts and a button down tied tight in the front. An inverted trapezoidal afro frames her face, which is nearly overtaken by her smile.

At 12, she relocated to Pittsburg, Pennsylvania. The city was enjoying the tail end of a Black arts renaissance, with jazz’s hopping sound and joie de vivre running through the streets. Davis’ own psychedelic groove incorporated jazz, along with the blues and its seed, rock n’ roll—she cited B.B. King and Big Mama Thornton as influences.

Davis wrote her first song, “Bake a Cake of Love,” within a year of the move. Throughout her life, she maintained that she would have preferred to slink into the comfort of being an obscure songwriter versus a singer.

Davis attended the Fashion Institute of Technology, a time that she said “had a lot to do with [her] makeup as a person.” She made money juggling writing material for singers and modeling as a part of Wilhemina’s roster. It was also during this time that she met rock’s bubbling Black stars, Jimi Hendrix and and Sly Stone.

She married Miles Davis, who was 19 years older than her, in 1968. Responsible for reinvigorating his swagger, their time together is marked by his sonic and sartorial experimentation. His album “Bitches Brew” is said to have been inspired by his wife and her friends and it is a testament to her fly. Her face also emblazoned on his “Filles de Killemanjaro” album cover. They split one year after their union amidst claims of violence that stained all of the trumpeter’s marriages. “Every day married to him was a day I earned the name Davis,” she said during the documentary.

The fruit of their breakup was the debut of Davis as a singer. No longer could she hide behind her pen. Her sensual sound was ready to take center stage.

Her projects, “Betty Davis,” (1973) “They Say I’m Different” (1974) and “Nasty Gal” (1975) were not commercially successful, but were deeply impactful and have since become cult classics. With grit, glamour, and grunts, Davis developed a sexy stage persona and unabashed voice that was the archetype for figures like Prince, Madonna, and Lil’ Kim. While it’s true that Davis was of the ilk of Donna Summer and Millie Jackson, Black women of the 1970s who embraced sexuality on wax, Davis’ raw soul and emphasis on rock gave her an indelible signature. Modesty be damned.

The death of her father in 1980 marked the beginning of a seclusion that she remained in for the majority of her life, save a few performances in Japan in the 80s. She declined to make public appearances and gave interviews sparingly. Joi Gilliam, a genre-bender who also loves the stage, has been a fan of Davis since the early 90s. “It was the music, it was the lyrics, it was the texture of her voice, it was the veracity in the voice, it was the honesty,” Gilliam said of her connection to the diva in a 2018 Redbull interview. “There was just something different about Betty.”

She also inspired a slew of artists near the turn of the century, including Macy Gray and Erykah Badu.

Davis’ juice has seeped into modern culture beyond music as well. When Sophia Amaruso, businesswoman and founder of a women’s clothing brand, was selecting a name for her apparel line, she looked to the rock star’s third album, “Nasty Gal,” for inspiration. You can also find images of Davis on young women’s Pinterest boards, as they piece together their own sexy, soulful identities. Fans also rallied to have her work reissued, a request honored with the help of the Light in the Attic record label. They also pushed forward the release of unreleased music, including sessions during her Columbia years and her time with Funk House. Her final production was 2019’s “A Little Bit Hot Tonight,” which was performed by her friend, Danielle Maggio.

Restricting Betty Davis’ live to that of a wife or muse disrespects the fierce independence that colored her life. She’s the queen mother of kinky funk in the sky, baby. A hey-hey.